For many of us, getting inked will be one of the biggest decisions of our lives since a tattoo pretty much lasts forever. That is, unless you go on one of those chaotic TV shows like Botched or Tattoo Fixers which are great if you’re a viewer but probably less great if you’re a participant.

So, when you finally decide that getting inked – one thing you’ll wanna do is make sure the design not only sparks joy right here right now, but that it also sparks joy in the future so you won’t live to “ragret” it.

Lucky for you, we’ve been diligently scrolling through TikTok (yes, that’s somehow part of our job) to find the best solution for the age-old question “what tattoo should I get?”

In an upload by Inked Magazine titled “Some solid advice we haven’t heard before”, the linebacker for the New York Giants NFL team Elerson Smith was interviewed in a tattoo parlour about how he makes his tattoo-related decisions.

Some solid advice we havent heard before ????#tattoo #inkedmag #tattooadvice

The journalist begins the video by asking Smith the question “what advice do you have for people who are just starting to get tattooed?”

Smith replies “a rule of thumb I have is I set the tattoo as my screensaver for six months and then make sure I really want it. Then I’ll get it after that.”

The interviewer then responds by affirming that “you’re forced to look at it every day”.

READ MORE
Someone On The Italian Football Team Has A Full Madagascar Tattoo Sleeve So Fuck It, Forza Italia

Smith responds again by clarifying that “If I’m like, “I don’t wanna look at this”, I won’t put it on my body”.

Genius. Truly remarkable. Give this man a Nobel Prize or something.

However, despite this method being extremely practical for beginners, the comments section is filled with seasoned veterans of the tattoo game detailing their experience at the other end of the tattoo preparation spectrum. 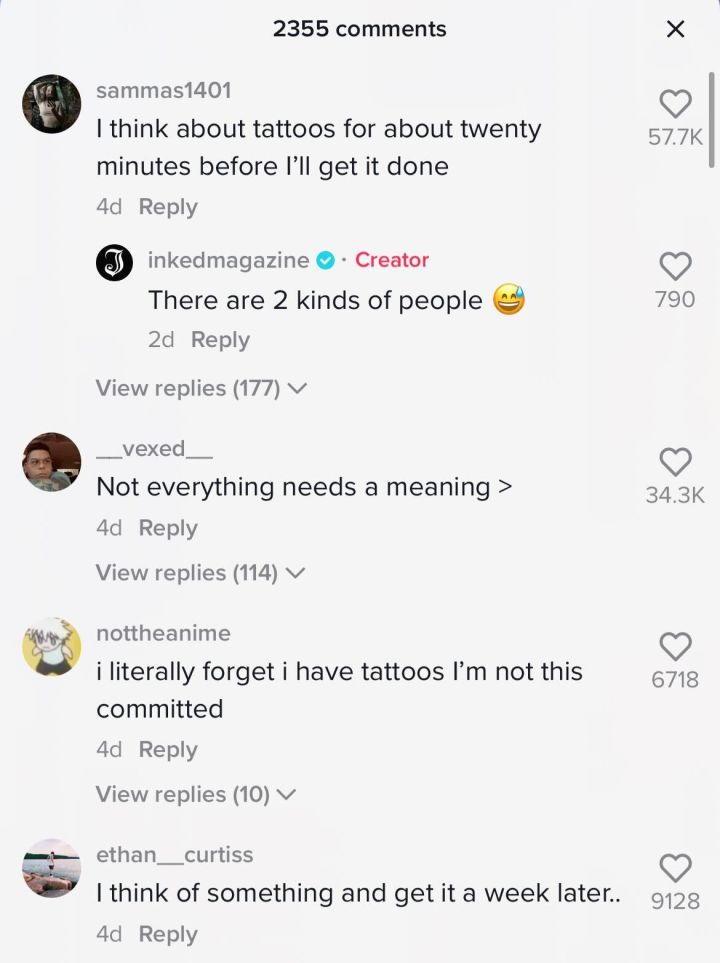 Oh well, in the words of Inked Magazine’s comment reply “There are 2 kinds of people”.