PEDESTRIAN.TV has partnered with 42BELOW Vodka to have a crack at making the world a better place. They’re all about keeping our planet pure to keep their vodka pure, and a pure planet / pure vodka is something we can totally get around. Check ’em out on Facebook HERE and Instagram HERE.

Yes, it can seem like a mission to overhaul certain habits that aren’t making our lil’ blue marble a better place – but it’s worth having a long, hard, think about all the things we do day-to-day that aren’t making earth, or its inhabitants, smile from ear to ear.

If that seems like too much to bite off in one go, then start small and throw your support behind these businesses doing our planet and its people huge solids on the reg ASAP.

Please give a huge round of applause to Aussie startup, AbilityMate. They’re using clever designs to empower people living with disabilities to customise their own assistive devices – allowing the user to have it suit their own needs, rather than adhere to a one-fit-for-all situation. 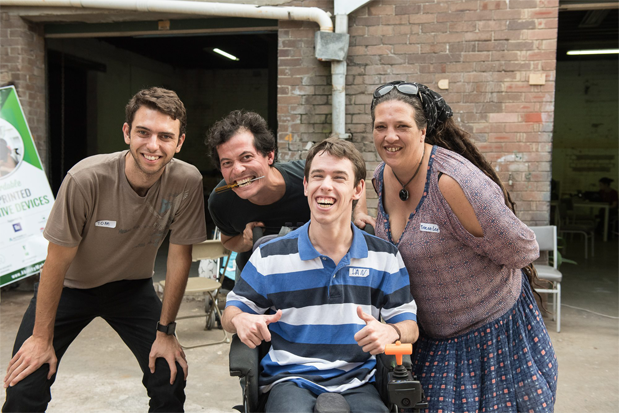 In addition to making the quality of life for people with disabilities that much better, their products are also insanely cheaper than others on the market (one of their 3D-printed products costs 0.32c to make, which is sweet fuck all when stacked against a $1000 alternative). Oh, and internally they’ve implemented a pay transparency policy that allows their staff to nominate what they reckon their wage should be.

New Zealand vodka legends 42BELOW are heavily reducing the guilt factor involved when having a few responsible dranks while hitting it and quitting it with your crew – they’re turning the leftover fruit from your old cocktails into fucking fantastic soap. 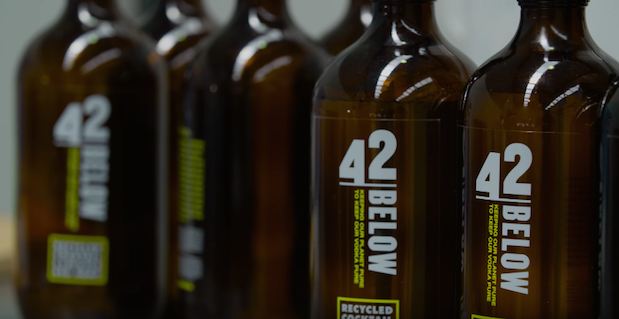 BUT WAIT, THERE’S MORE: 42BELOW give it back to the bars for free.

Heaps of joints across Australia / NZ have been getting involved since the initiative’s launch in early December last year, resulting in the conversion of 400kgs of fruit waste into 20,000 sachets and 400 bottles of liquid soap.

“The process to turn the fruit to soap is really easy,” says drinks director Christophe Lehoux from Sydney’s Stitch. “Instead of putting the used fruit into the bin, we put it in a special bag provided by 42BELOW who come and collect it every week.”

“From there, we get the soap delivered for free. It all depends on how much fruit we provide but we’ve been using scraps from the kitchen and bar so to date, we have received 25 litres of soap for free.”

GOD BLESS YOU, YOU BEAUTIFUL VODKA (AND NOW) SOAP-CREATING BASTARDS.

In addition to prompting its users to think more eco-friendly (a note saying “think twice before printing this Slack” pops up when you open the app), messaging platform Slack takes marked measures to make sure it isn’t another wanky, male-dominated tech startup.

The big wigs over there examine “all decisions regarding recruitment, promotion, compensation, employee recognition and the management structure to ensure that all decisions made are balanced regardless of the employee’s background, culture or identification.”

They also put money where their mouth is:

“Women make up 43% of Slack’s global staff, and compared to Google or Facebook, Slack has seven times more black engineers in its employment.”

Cheers for setting a decent example, y’all. 10 points to Gryffindor.

Calories etc aside, it’s a nice feeling having a guilt free coffee in the morning to help you sort your shit out. We’ve been having them ever since the concept of fair trade became widely known, shedding light on the often unethical means of producing products like coffee.

But, if you’d like a guilt free coffee with a side of giving back, then say g’day to Australian coffee roasters, Campos Coffee. 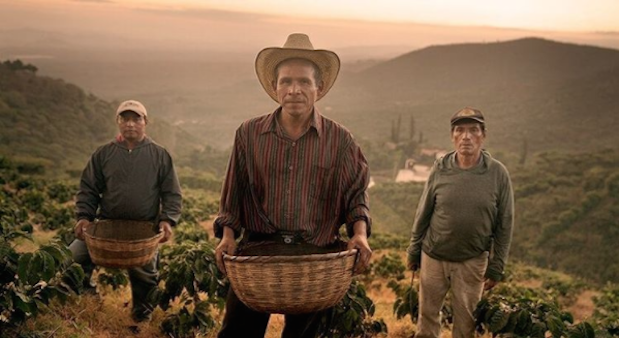 These legends undertake a social project – like building a school for local kids – at each place they purchase their beans. Like, heck, they’ve even flown Australian doctors over to Rwanda to perform heart surgery on local children.

The planet shouldn’t have to suffer just ‘cos you’re desperate to get your hands on Kylie Jenner’s latest lip kit. We’re not saying that the planet’s suffering because of the lip kit itself (but then again, who knows how the fuck that’s made lol) – it’s struggling to deal with the pollution from parcel deliveries.

“The company is committed to creating a positive social and environmental impact by supporting good businesses and limiting the carbon footprint of parcel delivery, where the carbon produced by delivering a parcel often outweighs the parcel itself.”

Yep, it ain’t always the product your buying’s fault the world’s progressively going down the gutter (but most of ‘em could probably benefit from taking notes from people like Sendle).

Brands like Etsy, Neto, ReadyToShip, NAB, NRMA and Virgin’s Velocity Frequent Flyer program have gotten into bed with the service, and we reckon more will hop in soon so they’re doing their bit to help Mumma Earth.

These businesses are just a few of the legends leading the charge to produce products / provide services that aren’t hearing our home or its inhabitants, so it’s kinda just on us now to choose brands doing the right thing.

Drop your dosh on organisations that give a flying fuck, y’all.