It was recently announced that Dance Moms was heading Down Under, helmed by our very own dancing doll Nikki Webster.

But while punters were noticeably pleased about this news, an OG member of the franchise is pissed that scream queen Abby Miller has been replaced.

You may not know this but JoJo Siwa, that tween sensation with all the glitter and the high pony, was originally one of the dancers on the U.S. series. 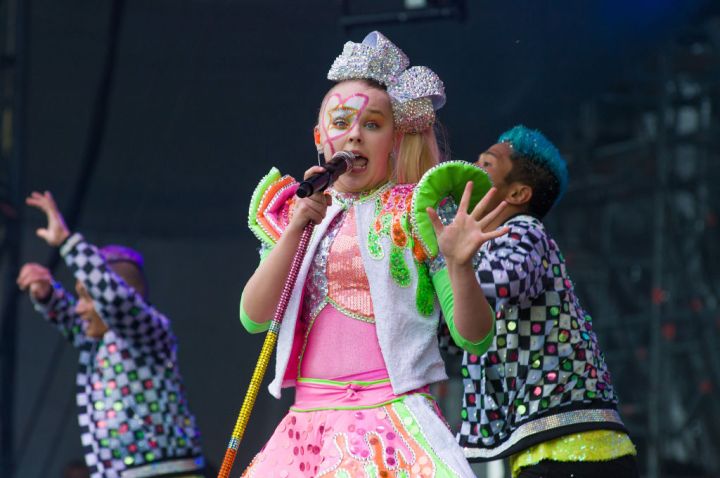 When asked how she felt about Webster taking on the Aussie version, JoJo said: “[It should be] Abby. Abby deserves it all.”

JoJo said she was asked by producers of Dance Moms Australia “to have an involvement” in the show and that she’s “obviously keen.”

A few days back, Nikki chucked up a video calling for audition videos for an Australian version of the reality show Dance Moms.

The call-out is for 8- to 16-year-olds who “have the dance moves, dedication and drive to be a star,” and “outshine everyone they compete against,” offering these dancers what could be the “beginning of their promising dance career.”

There’s no date for when the show would be starting, but auditions will be kicking off late January and early February in NSW next year.

Popular U.S. TV show Dance Moms is coming to Australia! ???? . Casting is now open and girls and boys across Australia, aged 8 to 16 years are invited to apply ???????????????? . All you need to do is: ♦️ Upload two videos to Youtube (one of a dance routine and one of you and your parent/care giver) ♦️ Send an email to dancemomsaustralia@essential.media with a link to the videos, your details and your parents' details . Find out more ???????? link in bio! . . @dancemomsauofficial #DanceMomsAU #nikkiwebster #castingcall #dance #dancelife

You can find more details here, if that’s your sort of thing.

READ MORE
Nikki Webster Is Casting 'Dance Moms Australia' & She Wants You, If You Are A Dancing Child