A TikToker has literally achieved my worst nightmare, and that’s accidentally sending her mum a sex tape. But the worst part is that the mistake happened thanks to Google facial recognition, which means all our nudes could be in jeopardy.

Kara Tonin shared the embarrassing story on TikTok, and explained that the incident happened because of a Google Photos feature. Basically, if you type in a persons name on Google Photos, its facial recognition will pull up every photo of that person. Kara used the feature to create a photo album filled with pictures of her son, and shared it with her mum. Now, every time she takes a photo of her son, her mum is updated.

Unfortunately, the facial recognition is so good that it recognised a photo of her sons face in the background of a video of Kara doing the nasty AND IT SENT THAT VIDEO TO HER MUM. Oh god!

“So a little while back, I decided I wanted to spice things up a little bit in my relationship,” she said.

“And I made a rated-R video where I was doing unspeakable, ungodly things. And Google Photos picked up a very small picture of my son in the background on my fridge and said, ‘Hey, that’s a picture of Josh. Let’s send this video to Kara’s mom.’”

The second hand embarrassment has killed me. If that was me I’d just quietly move countries, and find a new mum.

People in the comments were equally as horrified.

“That would be my 13th reason,” one person wrote.

“You were just trying to show your mum that were trying to have another kid,” another wrote. 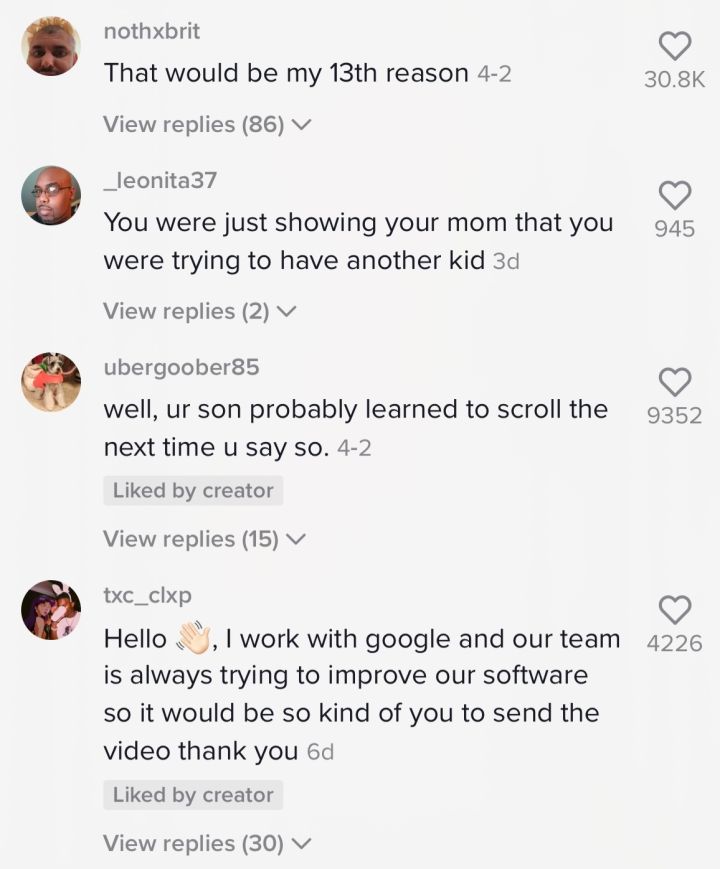 Other people on TikTok couldn’t get over the fact that Kara was doing unspeakables in her kitchen.

“On the fridge…WHAT WERE YOU DOING IN THE KITCHEN?” they said.

“You were in the kitchen doing the unmentionables,” another said.

Moral of the story: be careful with facial recognition, because YOUR nudes could be next.