One of my fave Instagram accounts that covers Aussie influencers, aptly titled Influencer Updates AU, shared some intriguing intel on her stories that I thought you might enjoy. During an Instagram Q&A, a bunch of fans asked some pertinent questions about the top earning Aussie influencers.

“Who do you think are the top 3 richest Australian influencers?” one fan asked.

She then pointed her fans to a TikTok she previously made in which she listed the most successful Aussie influencers. 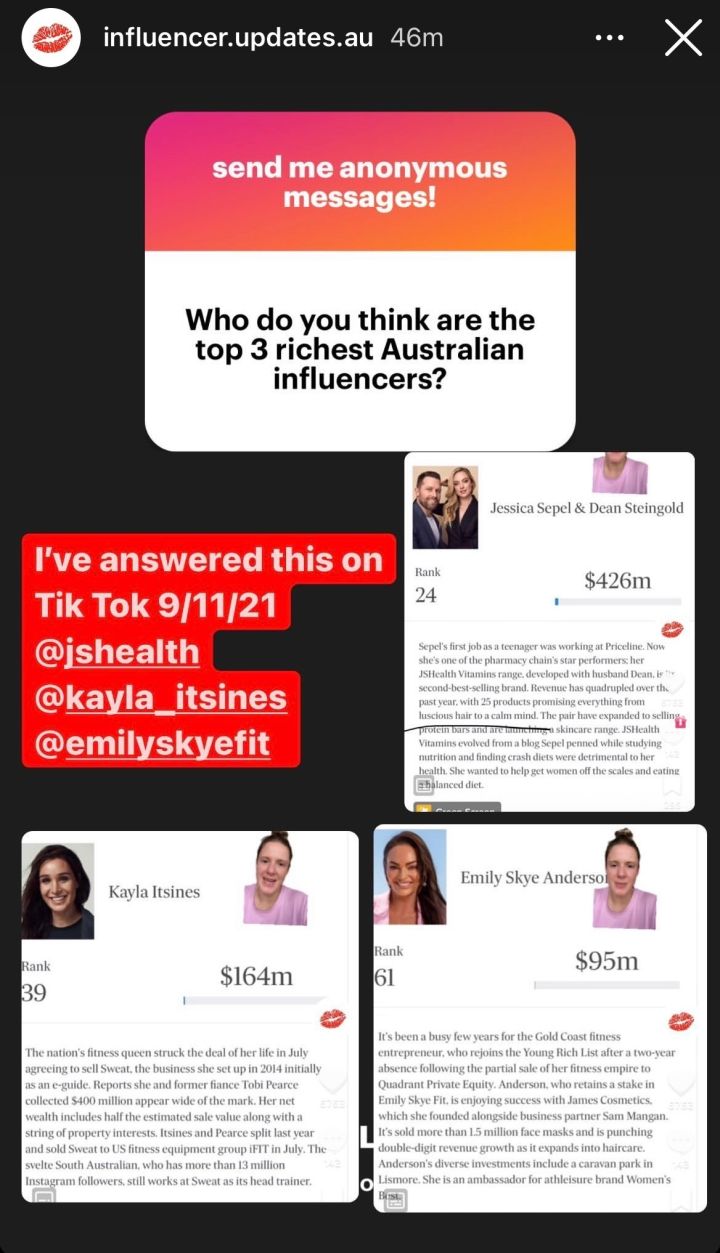 In the TikTok, she discussed the Australian Financial Review’s rich list which included several influencers.

In first place with a massive net worth of $426 million is Jessica Sepel from JS Health.

Next up is fitness guru Kayla Itsines with a net worth of $164 million thanks to her fitness app Sweat.

Coming in at number three is Emily Skye Anderson with $95 million with her app Emily Skye Fit as well as her beauty range James Cosmetics.

Then there’s Natasha Oakley with $63 million with her brand Monday Swimwear, plus her app The Pilates Class.

Tammy Hembrow takes out fifth place with $38 million from her app Tammy Fit as well as her fitness range Saski Collection.

And finally, the sixth richest influencer is Stephanie Miller with a $36 million net worth, thanks to her app Keep It Cleaner.

Suss out the TikTok below:

Elsewhere in the Q&A, Influencer Updates AU answered the question: “How well do you think the ‘well known’ influencers make per year?”

“One prominent Aussie influencer (one of the names on my highlights) released some tax return details recently which made it clear to me that she has a personal taxable income of over $400k,” she said, adding that she’s an accountant, so she’d know her shit! 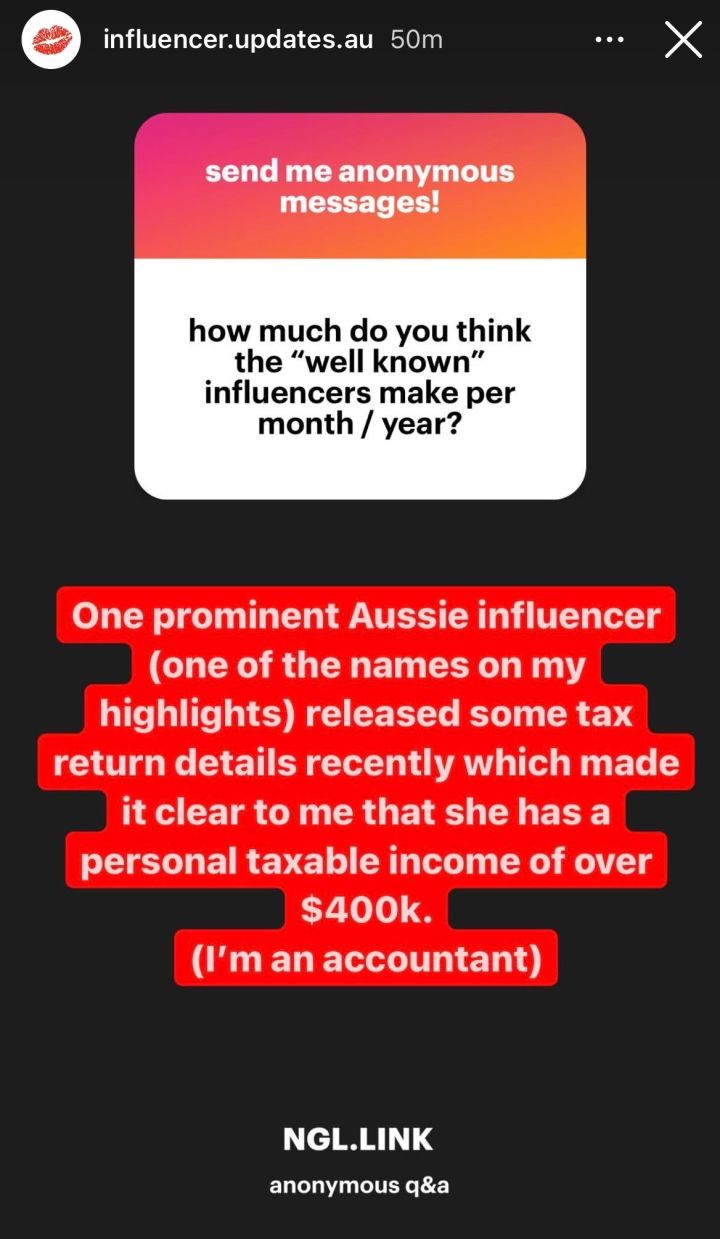 Now if you’ll excuse me, I’m off to quit my job and start my influencing career. Bye!