Your girl Celeb Spellcheck did one of her infamous Q&As last night and a certain question about Aussie influencers was simply to-die-for.

Among the many questions she received from her loyal legion of followers, the celebrity goss guru was asked who she thought the “cringiest Aussie influencers” are.

“I would say it’s all the 30-something old school influencers who got lucky with an Instagram following years ago but bring absolutely nothing to the table trying to make it on TikTok,” she responded, using a vintage pic of Kim Kardashian.

“TikTok is a whole new ballgame, you need something to offer and a pretty face doesn’t cut it. Plus it’s absolutely brutal.” 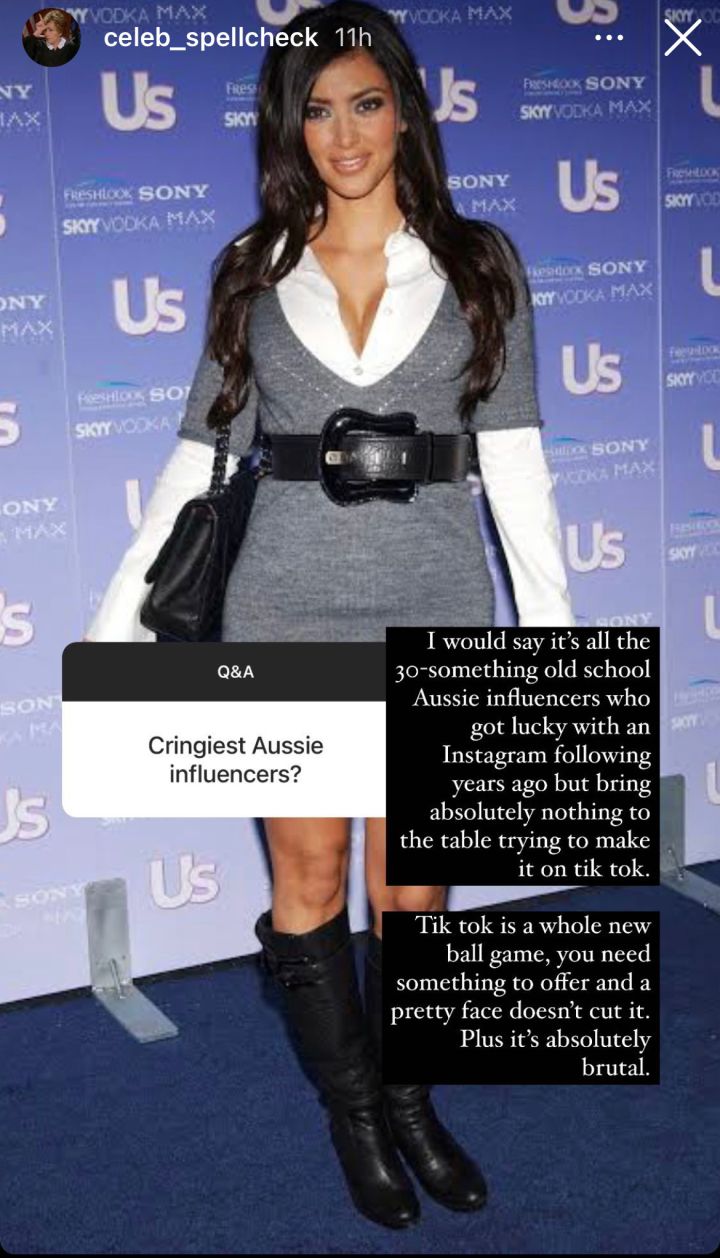 Celeb Spellcheck didn’t name any influencers, but I’m sure you can fill in the dots there. I won’t speculate, I’ll leave that to you and your group chats.

She opined that it’s “very expensive for a robe,” costing around $400 a pop.

With that said, she reckons it’s better for an influencer to come out with a “good quality” product than to endorse fast fash, which is fair!

She was also probed about Kim and Pete Davidson‘s relationship and her opinion is that it’s part real / part fake.

“The first few episodes of the season, we saw Kim trying to portray the ‘amazing co-parenting relationship between me and Kanye‘,” she recalled.

“Then she switched tactics, started dragging Kanye and completely sexing up her and Pete.”

She also reckons it’s Kim’s way of competing with Kourtney Kardashian and Travis Barker AKA Kravis. 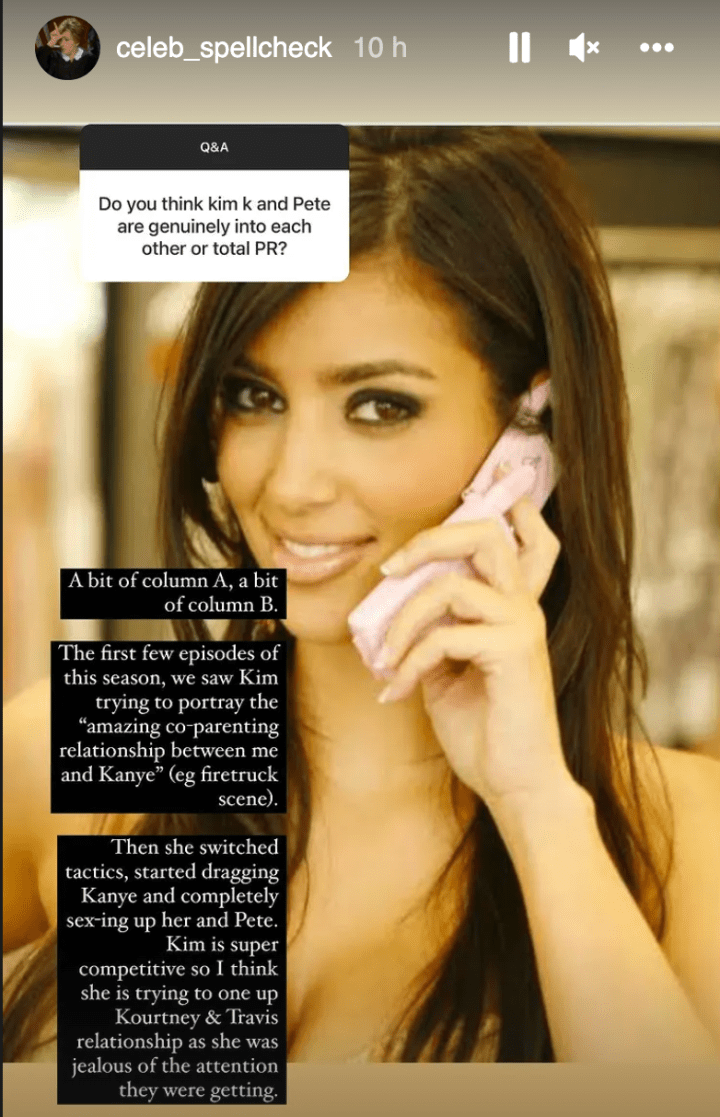 Head on over to her IG Stories for all of the tea.

Meanwhile for telltale signs of a BS celeb relationship, checkout our deep-dive into Celeb Spellcheck’s previous Q&A where she revealed what to look out for.

Spoiler, here’s just some of the red flags: