Not sure about you guys, but I’ve got local goss guru Celeb Spellcheck on notification alerts, and last night those alerts were popping the fuck off as our girl partook in one of her spicy Q&As. Buckle up, fam!

There was lots of tea spilled during the Insta Q&A, which I implore you to check out before the 24 hours are up, but the main one that I wanna delve into is her claim that celebrities and influencers pull dodgy shit with the clothes they’re sent for free from brands in exchange for promo.

“What do influencers do with gifted clothing? Surely they can’t keep it all!” a loyal follower asked the anonymous influencer oracle.

“They always say they donate / gift [the clothes], but I honestly think they sell the majority of it on Depop,” Celeb Spellcheck responded.

“I suppose it’s their right to do so if a brand has gifted them items, but it feels a bit icky when they sell them for just below RRP and make a profit on something they’ve been given for free?” 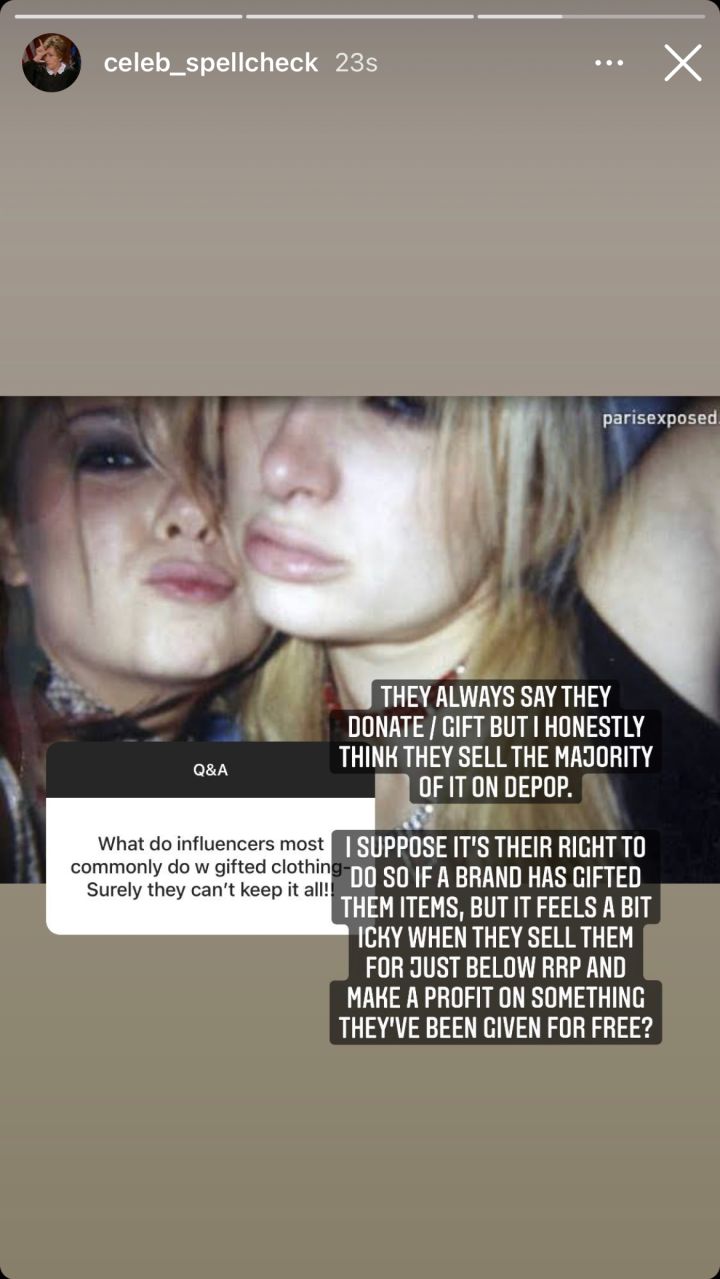 For example, the knock-off Celeb Spellcheck page once called out Gold Coast influencer Carly McDonagh for allegedly trying to fang a hair curler that had been sent to her for free from a brand online for $45.

Sure, that’s probably cheaper than the cost of a brand new one, but still. Trying to sell shit you’ve received for free is tacky and a huge slap in the face to the brand that gifted you the product! 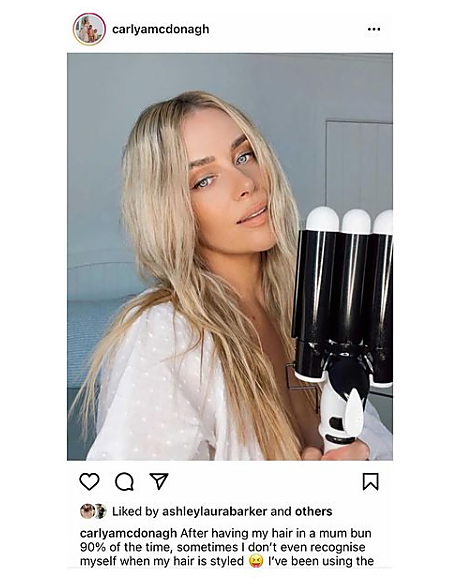 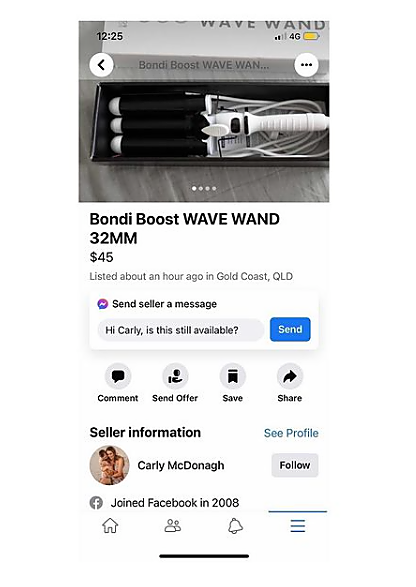 Elsewhere in Celeb Spellcheck’s Q&A, she was asked if Australian celebs bother with PR relationships.

“I’ve heard that D-grade reality stars do, and hype up their relationship on Insta, but I haven’t heard of any legit celebrities or influencers doing this?” Celeb Spellcheck wrote, before later claiming that Nick Jonas and Delta Goodrem‘s iconically bonkers relationship was likely a PR stunt. 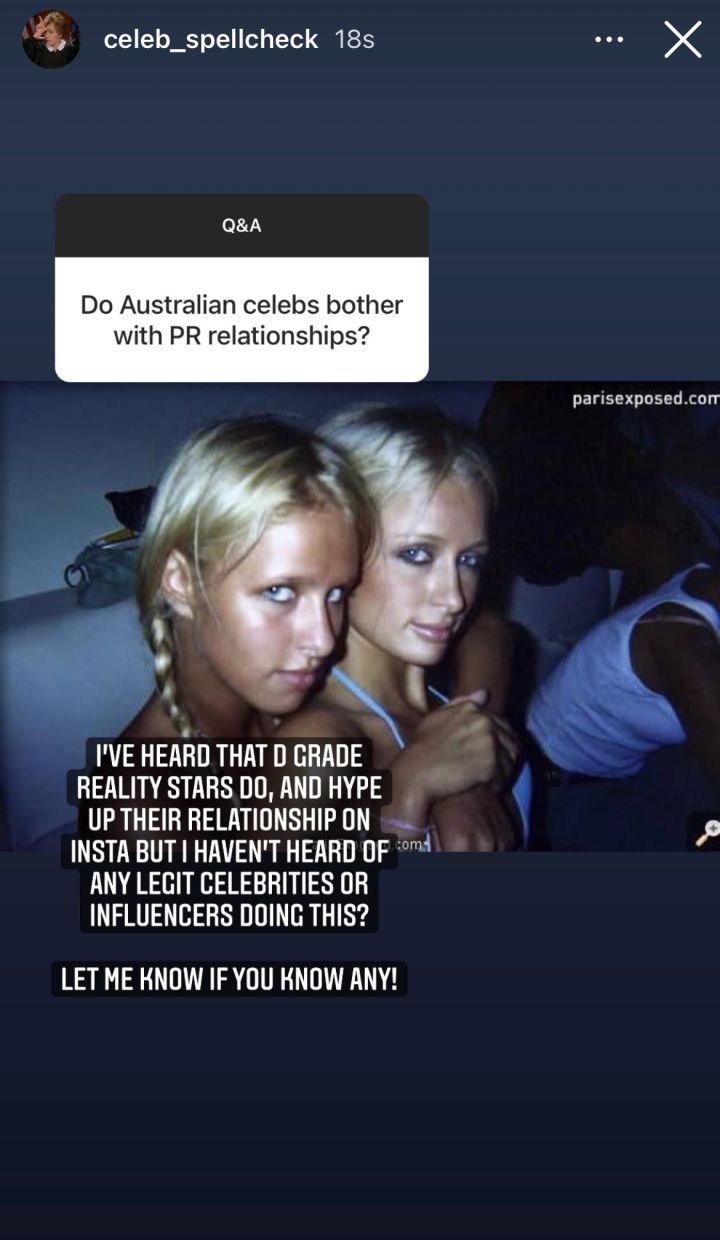 And finally, when asked if she’d ever been taken to court, Celeb Spellcheck revealed: “No, I’ve been sent one pathetic legal letter (which was for one of my most innocent posts!), but it was so baseless that I didn’t even responded.” 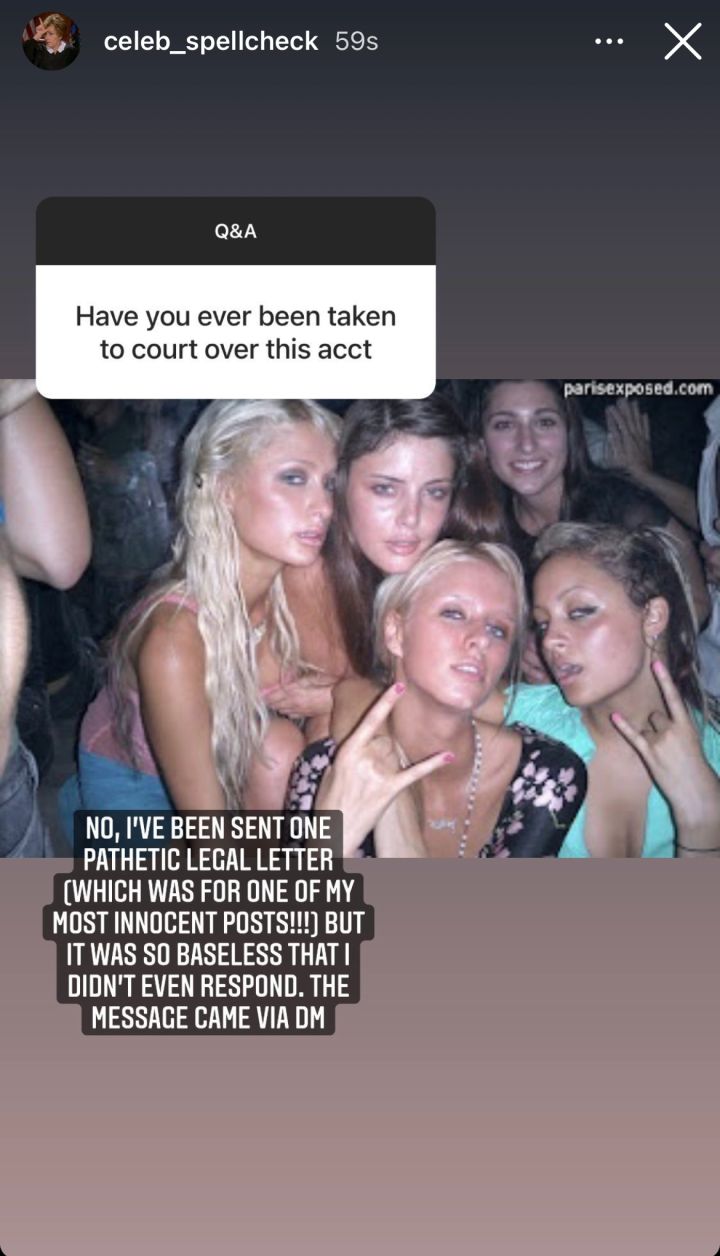 Go chuck her a follow to catch the other yarns she spun last night.