Dads are a mysterious and poorly understood group of people. Despite their prevalence in society, we have no idea what they like or what they do when we’re not looking or why they choose to do the things they do.

All we know about dads is that they like terrible jokes, socks, books about boats, the Eagles, and… cubes?

This groundbreaking discovery comes from Brisbane Twitter user and beard enthusiast @RUMOKO, who tweeted a perplexing series of images of his very chuffed dad and his new cube.

my father has a cube (??) and has been taking pictures of it pic.twitter.com/EKWISQNP2a

Unsurprisingly, the tweet was a huge success, because, duh, who doesn’t love cubes and dads. Apparently, though, it wasn’t unsurprising to all of us:

Somehow the cube and the cube dad have already managed to attract their own fan art:

The office is quiet and I’m drawing viral dads. Tell me what to draw next pic.twitter.com/aBTrULy5LR

Because we abso-bloody-lutely had to know, we spoke to @RUMOKO aka “Son of Cubedad” about why the hell his dad had a cube, and the answer is, well, an answer, definitely:

“Photography – he was/is going to use it to test/show focal length distortion on his lenses.”

That makes sense? I guess? In very rough terms, varying the focal length of a lens will cause objects to appear wider or thinner, which would appear particularly pronounced with an image with lots of straight horizontal and vertical lines – something like, say, a cube.

Enough science talk, let’s once again look at this incredibly proud dad and his cube: 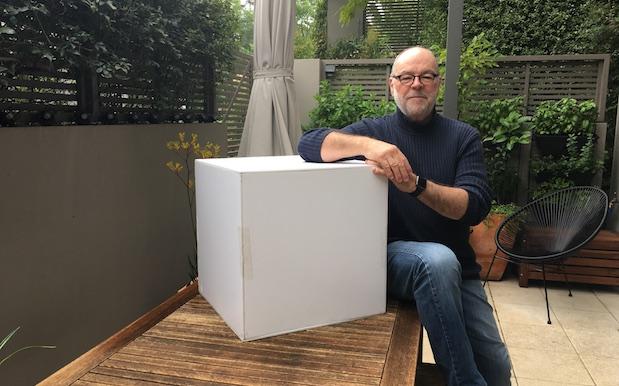