Like clockwork, ya boi Timm Hanly has given a radio interview where he explains where the hell he and Brittany Hockley stand after last night’s batshit ep of Bachelor In Paradise.

As Britt revealed in a spicy post-BIP interview this morning, the pair called it quits shortly after exiting the show, a story that Timm corroborated on Hobart’s Hit100.9 with Jimmy & Nath.

“I’m in a relationship, I’m super happy,” he began. When asked if said relationship was with Brittany, he responded: “Nah, it’s awkwardly not.” Yikes, that is awkward. 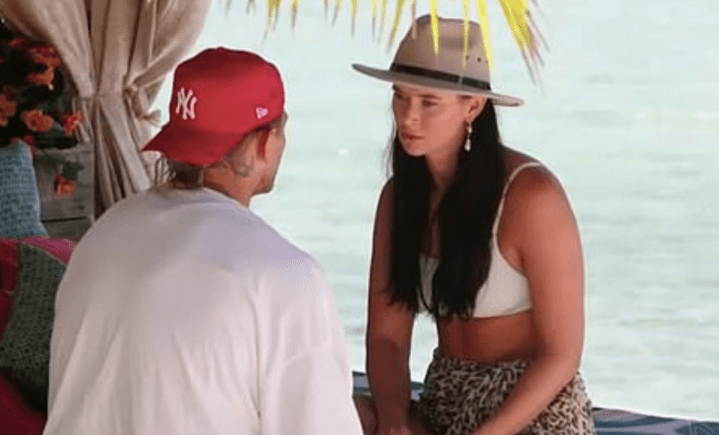 He went on to reveal the reason why he’s no longer with Brittany, despite seeming heaps loved up on the show.

“That was filmed about a year ago and it just didn’t work,” he said. “But I’m in a really good place now and I’m happy.”

When asked if he’s no longer with Brittany because of the pressures of dating a fellow Bachie star, he said: “Yeah, 100 per cent.”

“Now that I’ve done it, public relationships scare me,” he said. “It’s so full on, everyone knowing your business and stuff. I know that’s what you sign up for, but you don’t really know that until you’re in it.”

This should come as no real shock to folks who have been following our Bachie coverage closely as we previously reported that recent spicy pap pics show Timm smooching his ex GF.

“This is the girl I was with for like six years before The Bachelorette and we got back together a few months ago,” he added.

“I think I was just a bit of a loose cannon back then and timing wasn’t right.”

In Brittany’s post-Bachie interview, she revealed that Timm “ghosted” her shortly after they left Paradise.

“I never heard from him again,” she told Ten Play. “He ghosted me. Blocked me on everything. I just thought this speaks volumes, I’m still trying to look out for you and you can’t even give me the time of day.”

Bachelor In Paradise continues tonight at 7:30 on Ten.