I personally don’t get people who don’t understand art. Art’s cool because anything can be art, really. Y’know? Put the baked beans on the record player and turn it on. Art. (Debatably).

But this incredible panting of a naked Donald Trump with a micropenis is definitely, 120%, without a singular doubt, absolutely art. 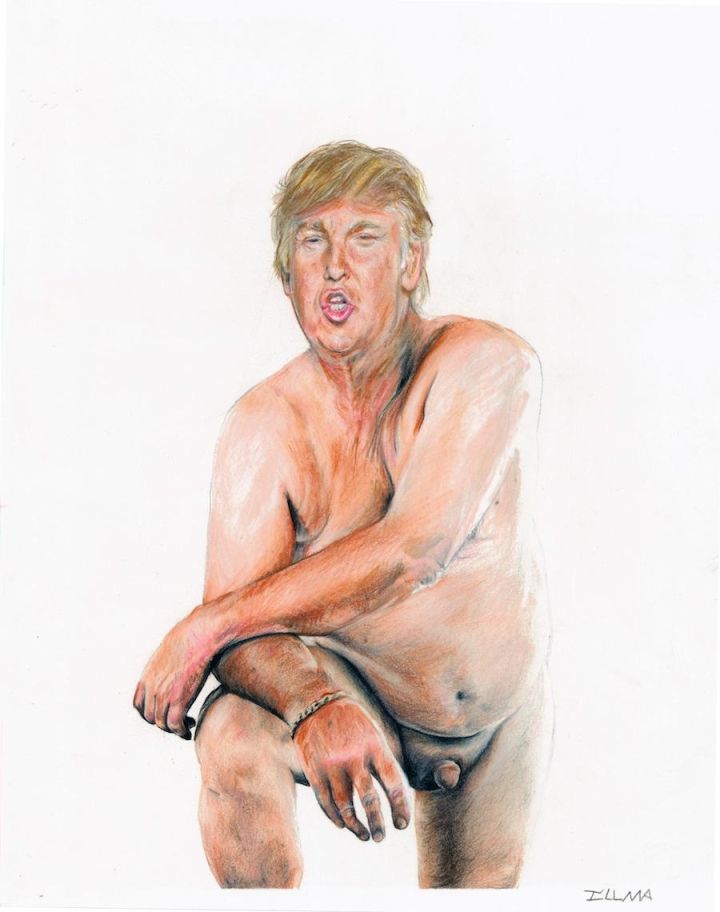 Now, you may have glimpsed this terrifying painting somewhere before. That place is called ~the Internet~. The painting went viral at the beginning of this year, and has amassed 260k shares on Facebook, and millions of views on Imgur and Reddit.

The artist, Illma Gore, seems like a total badass. Obviously Trump and his supporters alike are batshit insane, so she’s had some pretty heavy backlash over the artwork, including death threats. She has also received hundreds of pleas to remove the painting, some of which were from ‘members of Mr Trump’s legal team’ (sure sure).

So, in order to make it defiantly clear that she is ignoring those pleas from Trump supporters, she’s decided to put the painting up for auction on eBay and donate part of the proceeds to a homeless shelter that doesn’t receive government assistance, called Safe Place for Youth.

On the auction description, Gore phrases the way she felt creating the masterpiece this way:

“Simply put, you can be a big prick despite what’s in your pants.”

If you’re one of the lucky ones who has mad disposable income, or you’ve just received some kind of illustrious inheritance and want to buy some art that’ll piss off your loved ones, then you can head here to bid on the best nude of Donald Trump ever to exist: ebay.com/itm/Make-America-Great-Again-A-Portrait-of-Donald-Trump-By-Illma-Gore-/252304688349