An ‘Anonymous’ Person Is Threatening To Sue The Trump Micropenis Artist

The majestic painting we all know and love of Donald Trump‘s twisted, shrivelled micropenis is currently on display in the Maddox Gallery in Mayfair, London after galleries in the United States refused to display it for fear of violence from Trump supporters.

Here it is, again, just in case it isn’t permanently burnt into your retinas for the rest of time. 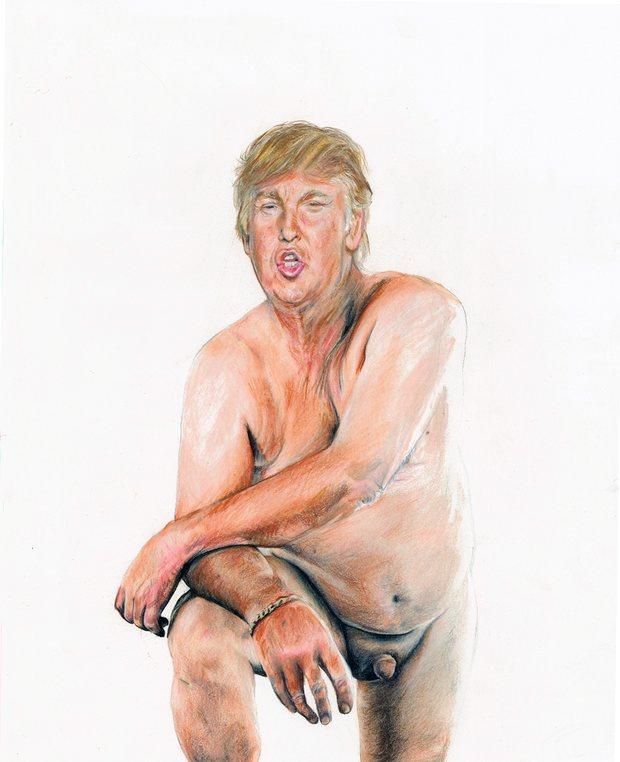 It’s attracting bids of £100,000, which is a massive amount of money to pay for what is essentially a painting of a ugly, frowning nude man with a tiny wang. Objectively, you know.

Now, artist Illma Gore has been anonymously threatened with a lawsuit if she goes ahead and sells the painting, because of its resemblance to the Republican hopeful. ‘Resemblance’. ‘Resemblance’. We assume this includes the penis.

Apparently hundreds of people have lined up to see the painting, and it has been valued at £1 million. Who could it be, threatening to sue Gore? Look, there’s at least one candidate.

“The reaction, especially in the UK, has been incredibly supportive. Everywhere apart from America has been great. Who knew it would be such a big deal? I think an artist’s job is to take the times we’re living in and then set the scene. It is a representation of where we are.”