NOT FOUR DAYS after Chippendale‘s now-infamous ‘Kanye-kissing-Kanye‘ was painted over by the OG artist Scott Marsh – after an ‘unknown person‘ paid him the requisite $100,000 and lifetime Yeezeys *wink* – and another one is going up in the exact same spot.

PEDESTRIAN.TV reader Shae Potter, 18, was walking past Teggs Lane at about 3pm today, and saw the thing going up again. 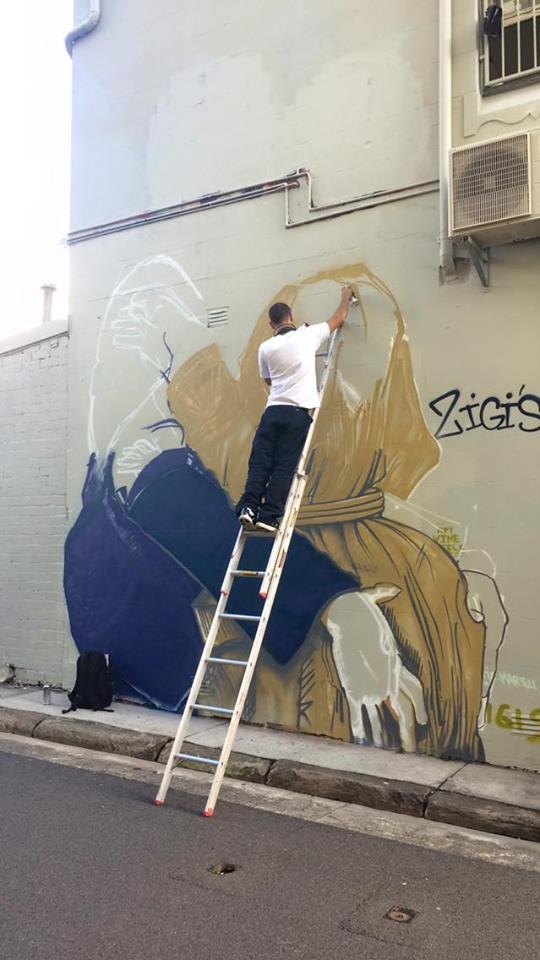 Shae – who saw Marsh paint his Kissing-Ye mural a few weeks back – told P.TV that this new artist appears to be less commercial than Marsh, and looks to have a completely different style.

“He only has a ladder but is attempting the full two storey version,” she told us, adding that some dude has his GoPro recording the whole thing, so keep an eye out for that future footage. 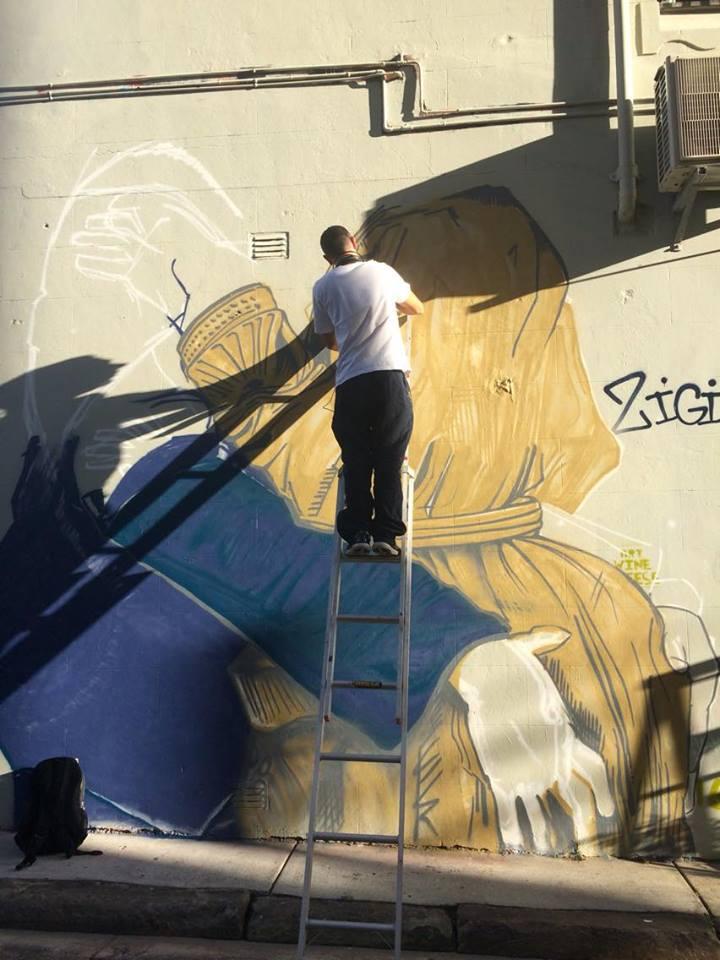 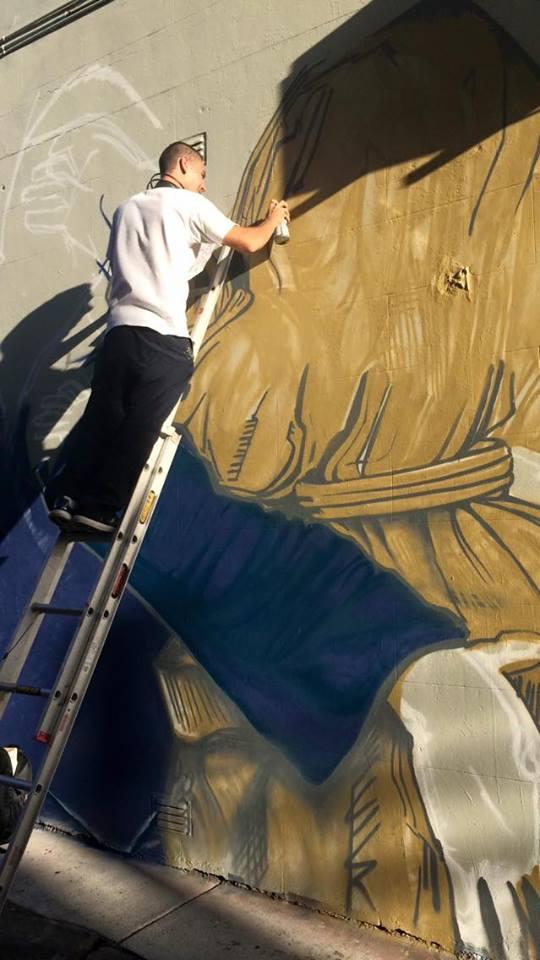 We got in contact with the artist – a Frenchman whose first name is Matwe – but he wouldn’t tell us anything about why another mural was going up, citing an upcoming exclusive media interview.

We then spoke to the manager of Zigi’s Art Wine & Cheese Bar (on which the mural is being painted), who was similarly hush-hush about the whole thing.

But loyal reader Shae told P.TV that someone on-site is linked to the Kyle and Jackie O Show (we’ve removed the person’s association to the show at their request), and – wait for it – that the mural 2.0 is actually Kyle Sandilands kissing Kyle Sandilands.

“The artwork is definitely a commission piece of Kyle Sandilands,” Shae told us. “I saw the drawing the artist is working off… it seems like it’s an attention stunt.”

Concrete proof rolled into the P.TV editor’s inbox shortly after: 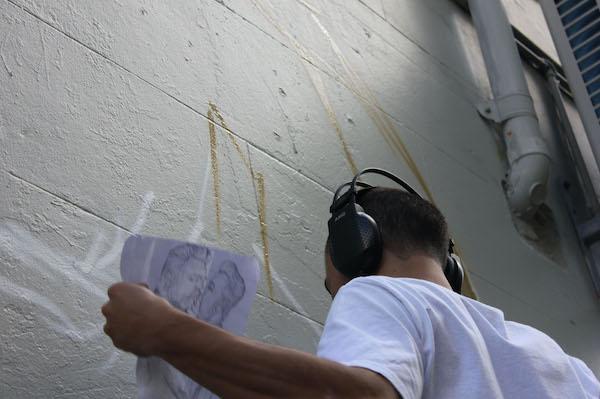 We’ll update you when we know more / the monstrosity is finished.