Some stories require shitload of research and editorial exposition in order to get the point across; countless hours of investigation, fact-checking, quote-sourcing, verification, editing, workshopping, and journalistic nous.

The ocean floor has presented us with inarguably the coolest little dude of the deep, when a research vessel off the Californian coast stumbled upon him while exploring the bottom of the sea.

The crew aboard the EV Nautilus captured footage of a tiny, little, bright-purple squid-like critter with cartoonishly googly eyes, much to their own amusement.

Unlike most of the horrific-lookin’ hellbeasts confined to the infinite black of sea, this wee little guy is BLOODY ADORABLE.

The best bit? The cephalopod, which is actually more closely related to the cuttlefish, is called a Rossia pacifica.

Or, going by its less-sciencey name, the Stubby Squid.

An ancient froth monster from the murky deep: 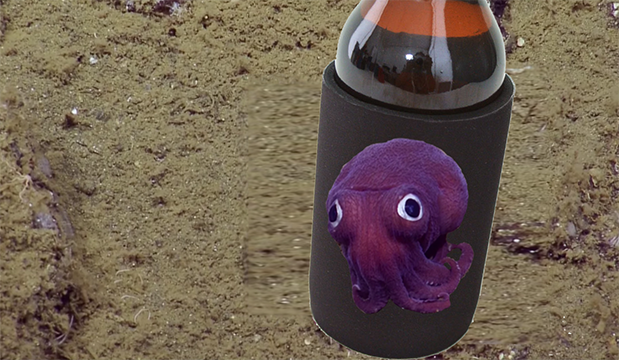 (Not our best effort obviously but it’s late in the day).

It’s comforting to know that, even 900 metres beneath the surface of the ocean, this cute lil dude is just doin’ his thing.