Welcome to another chapter in ‘Which Royal Said The Racist Thing ‘Cos It Was Fooking One Of Yas’. You might recall that Meghan Markle and Prince Harry told Oprah that a senior royal expressed concerns over “how dark” their mixed-race baby would be. They refused to spill WHO, exactly, said it – but a ‘royal insider’ hasn’t been quite so stiff-lipped.

The name currently on every tabloid’s homepage is… Princess Anne.

However, I need to stress that this isn’t a slam dunk, not by any means. 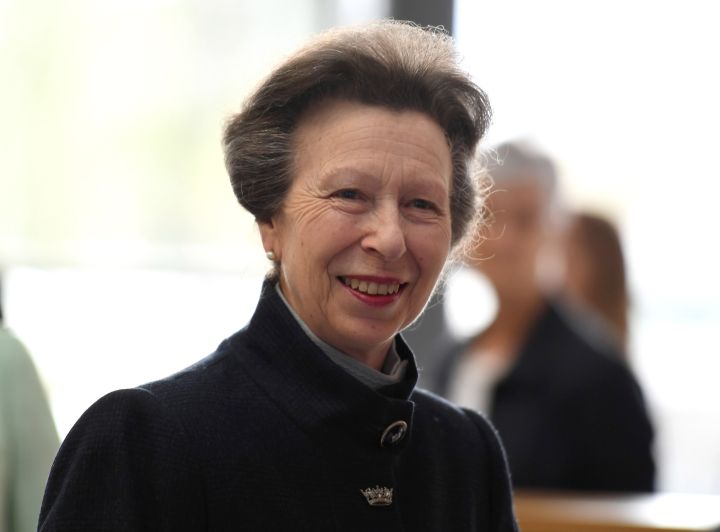 The finger pointing at Princess Anne (the Queen’s daughter, and Prince Harry’s aunt) belongs to one Lady Colin Campbell, whom you’ve probably never heard of but is something of a toff-slash-D-grade-celebrity in the UK. She once went on I’m A Celebrity… Get Me Outta Here!. Make of that what you will.

So Lady Colin Campbell revealed on her podcast Chatting with Lady C that she thinks it’s Anne who made the racist comment, but that it doesn’t come from a racist place. Hmmm.

“There were no concerns about Meghan’s colour,” Lady C said.

“Meghan and Harry have used that genuine concern of a loving aunt, knowing that because she is down to earth, experienced, modest, intelligent and sensible, and that you cannot make a sow’s ear into a silk purse.

“Well, it’s turned out to be true. I think it’s important that it is out there before it is weaponised by some anti-establishment, anti-monarchist organisation, who will spin things destructively to further their agenda.”

Importantly, Lady Colin said she’s not friends with Anne, but has met her a few times.

Now here’s the thing: Lady Colin is a bit of an odd one. She was married to Lord Colin Ivar Campbell after knowing him just five days, and divorced him after 14 months. However, she retained the title, and given she’s from a ~prominent~ (read: colonial) family in Jamaica, she’s kind of lent in to her aristocratic connections ever since. She’s most famous for writing eight books about the British royal family, one of which (about Princess Di) was on the New York Times bestseller list. She also appeared on Good Morning Britain (Piers Morgan‘s former show) to defend Prince Andrew‘s friendship with Jeffrey Epstein. A big ‘hmmmmmm’ all round.

So was it Princess Anne? I honestly couldn’t tell you. But good lord am I ever here for royal gossip. I thrive on it. Mostly, I’m just annoyed that I didn’t include Anne in my original royal family ranking of who said the racist thing because I ran out of time. More fool me.