HELP: The New ‘Animal Crossing’ Has Ruined My Life & I Cannot Log Off

As our first week of social distancing here at Pedestrian.TV comes to an end, the gaming gods have blessed us with the gift of Animal Crossing: New Horizons as a little treat to get us through the weekend without seeing our friends IRL.

Let me just preface this by saying, OG Animal Crossing was MY SHIT. 12-year-old me wanted to name her first child Tom Nook, and 21-year-old me still stands by that.

Like any die-hard animal crosser, I stayed up until midnight to get in on the action as soon as the game went live, and boy, oh boy, it did not disappoint.

I’ll kick this off by answering the question you’ve all been dying to know: Yes. It absolutely lives up to the hype.

Animal Crossing: New Horizons perfectly mixes the nostalgia of a childhood game with the new features you want in 2020. It’s not *too* nostalgic that you feel like you’ve missed the boat if you weren’t a die-hard animal crosser back in the day.

I kicked off my nostalgia trip at midnight last night as my character Lav caught a Dodo Airlines flight to Isla Sorna (named after Jurassic Park’s “Site B”), my very own desert island.

I deliberately picked my island based on the fact that it had a perfect little mini-island in the middle of it that would’ve been the best place to set up camp. But as a reminder that life isn’t fair, when I actually started the game I realised you can’t cross rivers when you first start, so I am now forced to occupy the bottom-left corner of the map. 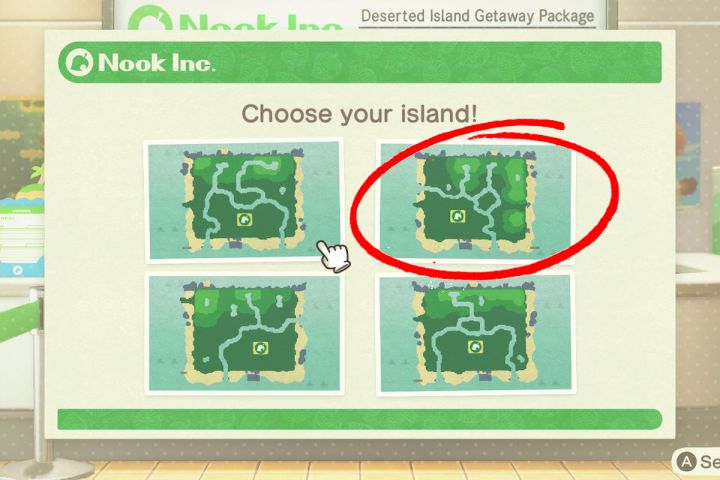 Unfortunately, Isla Sorna was cursed to only grow PEARS, which are absolutely the worst fruit in the Animal Crossing. Honestly, if you were blessed to grow cherries, please hit me up so I can visit your island.

After getting over the fact that I’m forced to live on an island that only grows the devil’s fruit, I promptly got to work fishing, fruit-picking and butterfly catching to make some bells.

A great inclusion in New Horizons that we haven’t seen before is the Nook’s Miles system, which rewards you with “miles” for completing in-game achievements. This is how you pay off your initial debt to island overlord Tom Nook, which I did in a matter of hours because I had absolutely nothing better to do with my Friday morning.

Unfortunately, you can’t fast-forward time on the Nintendo Switch version of the game like you could with the DS version, so I’m currently waiting 24 hours for my house to be built. Yes, I am impatient. No, I don’t want to talk about it.

I’ve currently got about five hours of gameplay under my belt and I’ve already decided I hate my neighbour Lyman, who called me ugly for my wasp-sting and is now my arch nemesis.

I also tested out the multiplayer function with my friend Bec and visited her Twilight Island (yes, named after the Stephanie Meyer books). We took a cute photo together after I was stung by a wasp.

Honestly, the multiplayer function is a godsend in this isolation period. Being able to do some wholesome fruit-picking with my friends is exactly what I needed.

Overall, I’d rate this bad boy a solid 4.5/5 pears, but if you’re not ready to take my word for it, I’ve asked my Animal Crossing Support Group Chat (a real thing) for their thoughts.

“As someone who has never played Animal Crossing before, I am now obsessed and my social life is over.” – Rhiannon

“So far easy 10/10. Met my expectations and more. But it’s still early on.” – Blake (he streams Animal Crossing and other games on Twitch)