In the latest addition to feuds I never saw coming in 2020, an anti-dino Christian group by the name of Christians Against Dinosaurs want to destroy a Macca’s dino statue. Let the war begin.

Alright, folks, let’s get you up to speed on this little war going on because there is a LOT to digest here. So first off, there’s this magnificent dinosaur statue in front of a Macca’s in Arizona, and infamous Facebook page Christians Against Dinosaurs, want it gone.

Yep, CAD is a real page that exists, and you can visit it at literally any time to see just how cooked it all really is. What it all boils down to is a bunch of Christians uniting together to celebrate the fact that dinosaurs never existed, and that museums are Satan’s den of crime, and to make things worse, there are over 23,000 followers.

In a post made to the page by a man named John Brown, the big ol’ Maccas dino was targeted as being blasphemous, and thus begins the dino statue wars.

“Please help! This McDonald’s has this dinosaur and refuse to remove it! This is in Tucson, Arizona. Call the manager and demand the removal of this blasphemy!” Brown wrote on the page.

When contacted for comment by local reporters, Brown confirmed that he was not joking around.

“It seems to me that every dinosaur story and display or dinosaur-themed event is furthering the myth that the Earth is much older than the Bible says it is,” Brown said to Tucson Arizona’s local media via Facebook Messenger.

“Yes, the dinosaur should go unless they’re willing to compromise with a plaque of some kind stating that it’s a fictional character.”

Since the original post, Brown has not backed down. He has however been sent hate messages from swaths of people who cannot fathom that this feud is real.

While this saga continues to unfold over in America, here are some fun memes taken from the CAD Facebook page. 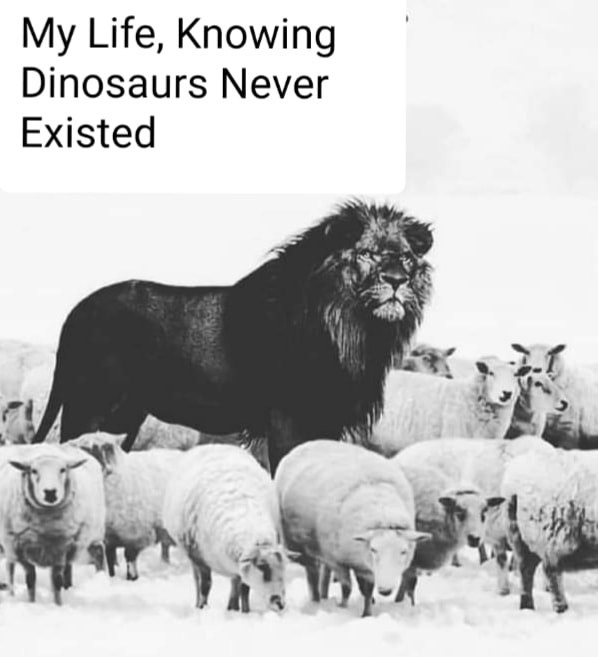 These guys clearly aren’t clowning around. 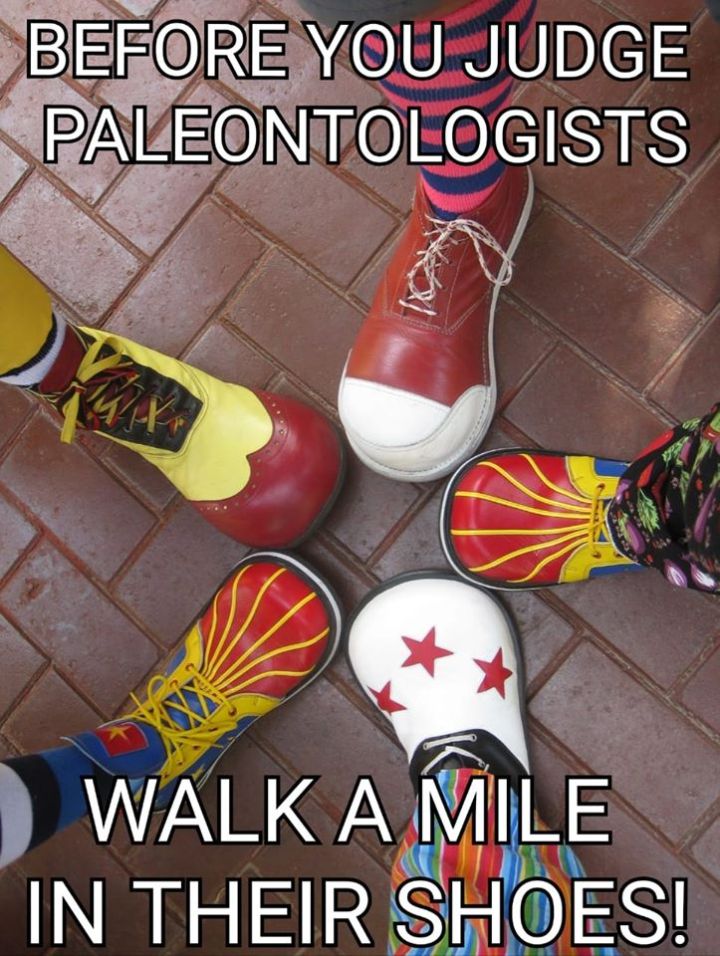 The war on drugs started with one particularly nifty Stegosaurus. 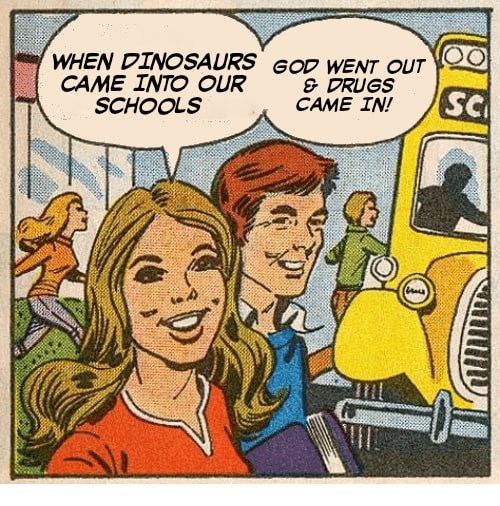 Hell is but a crowded museum. 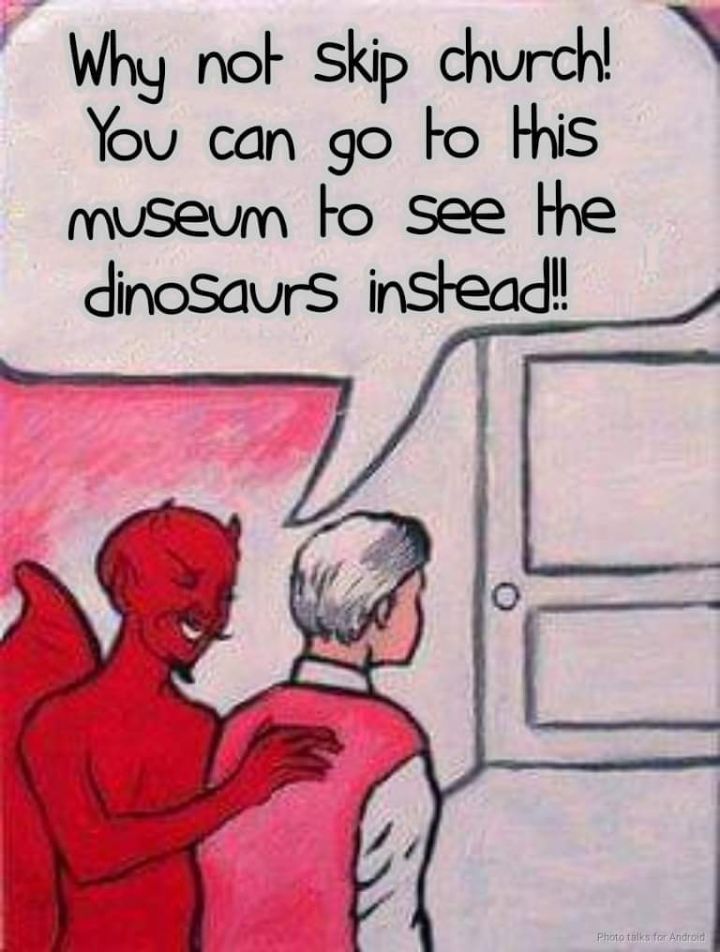 A few days after targeting this Macca’s dino, Brown went after another statue of a Dinosaur, this time calling it a “conduit of lies and dinoporn that is corrupting our children’s minds.”