If you’re going to misspell a tattoo in a different language, you could do a lot worse than inking “small charcoal grill” onto your hand. We hope Ariana Grande finds solace in this fact, after fans pointed out her latest tattoo means something very, very different to what she intended.

In a now-deleted Twitter post, the 7 Rings singer debuted her latest tattoo: a tiny little “seven rings” inscription on her hand, tattooed in Japanese kanji. Here’s an image of the tattoo, courtesy of the artist Kane Navasard: 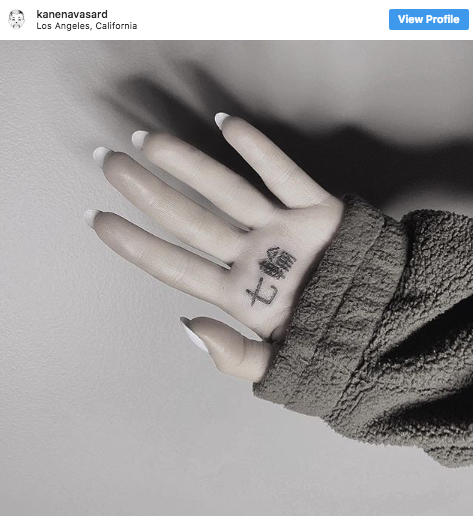 Unfortunately, that little banger doesn’t strictly translate to “seven rings.” Fans quickly pointed out that while the character 七 does represent “seven”, and 輪 equates to “circle”, they combine to make shichirin. Let’s quickly duck into YouTube to see what a search for shichirin coughs up…

In some follow-up tweets (which have also been conspicuously deleted), Grande went ahead and explained the mix-up.

“Indeed, I left out “つの指” which should have gone in between,” she wrote, explaining that the full phrase 七つの指輪 probably would have been too painful to inscribe on her hand.

As Kotaku points out, all of this is made wilder by the fact the correct Japanese spelling of the phrase features in her music video for the track.

The revelation has kicked up the usual memery we’ve come to expect any time Ariana Grande does anything, but it’s also reignited discussions about the co-option of written Japanese for its aesthetic while disregarding its actual meaning.

Now, if you excuse us, we need to find out what “Weber” looks like in Cyrillic.