Redfoo is the human equivalent of a banana slowly rotting in a sharehouse freezer. He was barely interesting for a while, but his shelf-life has long passed and you have no idea why he’s still here, being cruelly strung-along by an unknown someone in the blind hope that maybe parts of him can be recycled into something new, even though the far more likely option is that he’ll be tossed into the trash to make way for another rotting banana.

Stuck in a perpetual party rocking stasis, Redfoo – a 41-year-old man who dresses like that – last released his debut solo album ‘Party Rock Mansion‘ to dizzyingly underwhelming sales numbers back in March.

After Redfoo successfully Jannetty’d SkyBlu out of the group in an apparent attempt to become the George Michael to Blu’s Andrew Ridgeley, the LMFAO brand absorbed itself into Redfoo’s visage of sleeveless shirts and lensless shutter shades; morphing into the shuffling blob of hair and lycra that ran an inglorious, fever-dream tour of Australian media that began with a seat on ‘The X Factor‘s judging panel and ended with a very minor glassing in a Double Bay pub.

SkyBlu, as it turns out, has not forgotten any of this. Now known as 8ky, the other half of the group tee’d off on his bandmate and uncle in a lengthy rant on Facebook that accused Redfoo of, among other things, screwing him out of royalties from the group, deliberately shutting him out of any future performances or earnings, actively preventing him from continuing to pursue a musical career, and generally being a miserable bastard.

Strap yourselves in, because this is a hell of a ride.

“Thoughts From The 8ky

I’ve been wanting to speak my truth about this whole LMFAO situation for a looooooooooong time. Out of respect to our family I kept it all to myself. I woke up this morning excited to plan the release of my album that has been 2 years in the making, but then I get a call from my lawyer telling me you say you own all my LMFAO royalties. Different things like this would go on all the time when you know we are 50/50 across the board. The way you belittle people and your crazy power trips was [sic] some of the main reasons our relationship as family and partnership has greatly suffered.

I’m sure you know I have been trying to get this money released that was held up from the Rick Ross lawsuit.”

For what it’s worth, Rick Ross himself backs up Skylar’s claims that Redfoo essentially screwed him out of LMFAO and the proceeds from the lawsuit by essentially keeping him out of the loop on all official band matters.

“Unlike you I didn’t take the LMFAO brand for myself. Your whole vibe and style since our last show together is completely a half ass version of LMFAO. My back went out right before a big arena show, you went out and performed but then just left on the tour bus without seeing me. In fact, you didn’t speak to me after that for about a year. Which is around the time you announced our hiatus.

As someone who really cared, loved, and had your back, this really hurt. I mean, you’re my Uncle! My blood! You even kept touring as LMFAO and made a lot of money doing it. You never once called me to ask me how I was recovering, you just kept shuffling every day without me. [Editor’s note: LOL]

I really loved you, I looked up to you man, but the more successful we got, the more you wanted control. While I was hurt, you and some people at Interscope trued (and kinda succeeded) to put on a huge stadium tour and cut me out of it as much as you possibly could with still using the LMFAO brand. This is crazy! Something we built together, and after a while you took for yourself. I mean, you last album is called ‘Party Rock Mansion.’ The only two LMFAO albums were called ‘Party Rock‘ and ‘Sorry for Party Rocking.’

I couldn’t stand how you disrespect people. I was gonna let it all go but still you fucking with me and my livelihood even though you already just took so much from me. It’s still not enough. Well the shit stops here, Stefan.

I just wanted to make music from a real place, not from the 13-25 female demographic or whatever other statistics you and the label obsess over.

Music for me is from the heart from the start. I will help people with my musical message and vision, not control them. A big portion of our music industry is fucked ip. They need to stop treating artists like cows and chickens, using them for all they can produce and then just discarding them without a care. It’s time to treat artists like racehorses! They should be groomed to be strong and champions!”

Uh… by… by having a small white man sit on your back and whip you for all you’re worth, only to put a bullet in you the second you look like breaking down? The racehorse analogy is probably much better suited to the music industry now, to be honest.

“It’s time to put creativity first and the business after! A lot of y’all got it fucked up. It’s time for a change. That just means Big Bad is right on time. I am thankful for LMFAO and I love our music but most importantly, the people we touched with it! It’s the behind the scenes realities that caused me to embrace myself more. This in part lead me to become the man I am today. The whole world looks at me as a member of LMFAO, but very soon the world will meet 8ky.”

Who’s to say what will come from any of this, though. We do know that 8ky has a 30-track hip hop album entitled ‘Fxck Yeah: Chaos To Consciousness!‘ that’s due for release on the 23rd of this month.

Maybe after all the years and all the highs and all the money and fame and success, Redfoo’s finally starting to figure out that you can never… 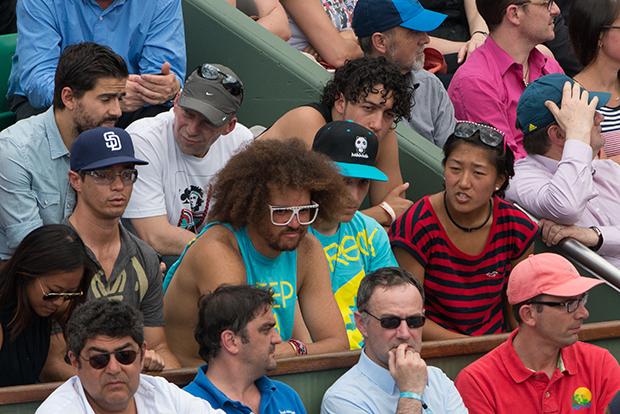 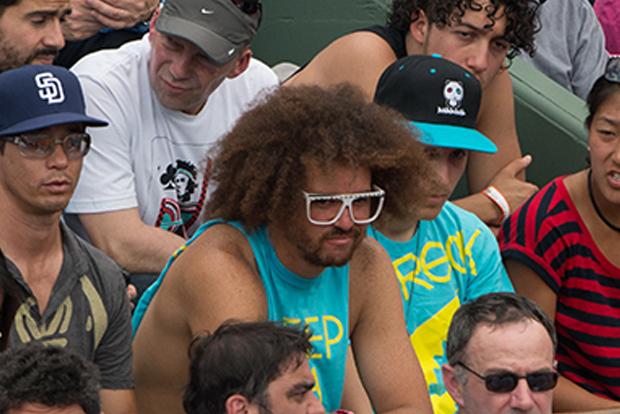 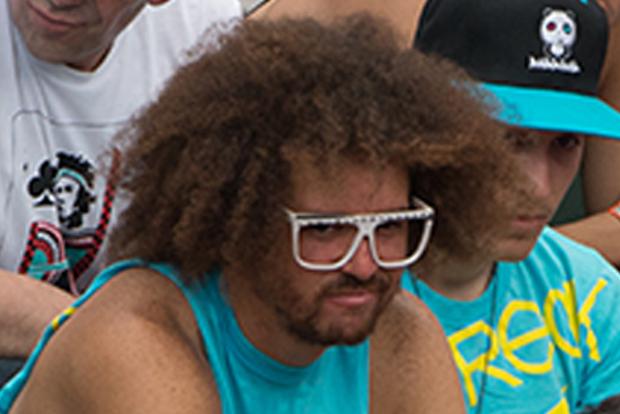 And that’s eating him alive.