Metallica haven’t dropped any new tunes since the release of their last album Death Magnetic in 2008. That album was considered a bit of a return to a thrashier metal sound after the notably grungier St Anger in 2003. Since then they’ve given little else – apart from their live shows, which I can confirm still kick ass.

Well, the drought is over. The doyens of thrash are back with a new song/video Hardwired and yep – it sounds like Metallica! Shock!

It’s got it all: the James Hetfield snarl, the galloping riffs, Lars Ulrich‘s reasonably serviceable drumming. There are some swears. There’s a big shreddy guitar solo. If you wanted Metallica, it’s right fucken here.

If you were holding out for ‘Tallica to blast outta the gates with something fresh, then maybe you gotta wait a little longer. If you want something you can headbang to while wearing a denim vest, then you’ll find what you need.

Keep an eye out for their new album Hardwired…To Self-Destruct next week. That sounds like an 80s Megadeth album title, but that’s none of our business.

While you listen, check out this photo of Ulrich with Hillary Clinton I found on Getty Images. Metal has changed. 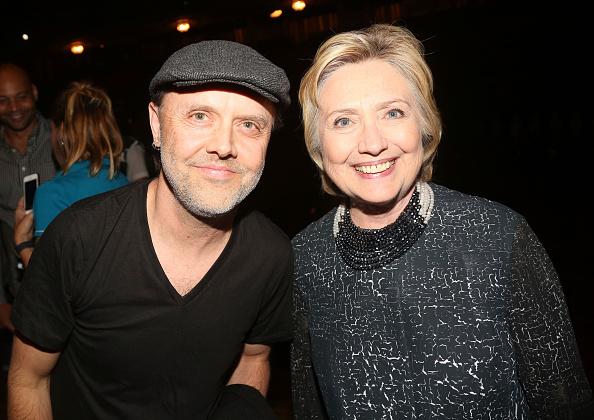