It’s called Black Heart, and it’s a one-shot RPG from the maker of that Carly Rae Jepsen RPG called Boy Problems. It’s the second one-shot tabletop RPG in a trilogy that’s themed after the Canadian pop star, but instead of being about her music, it’s… much darker. 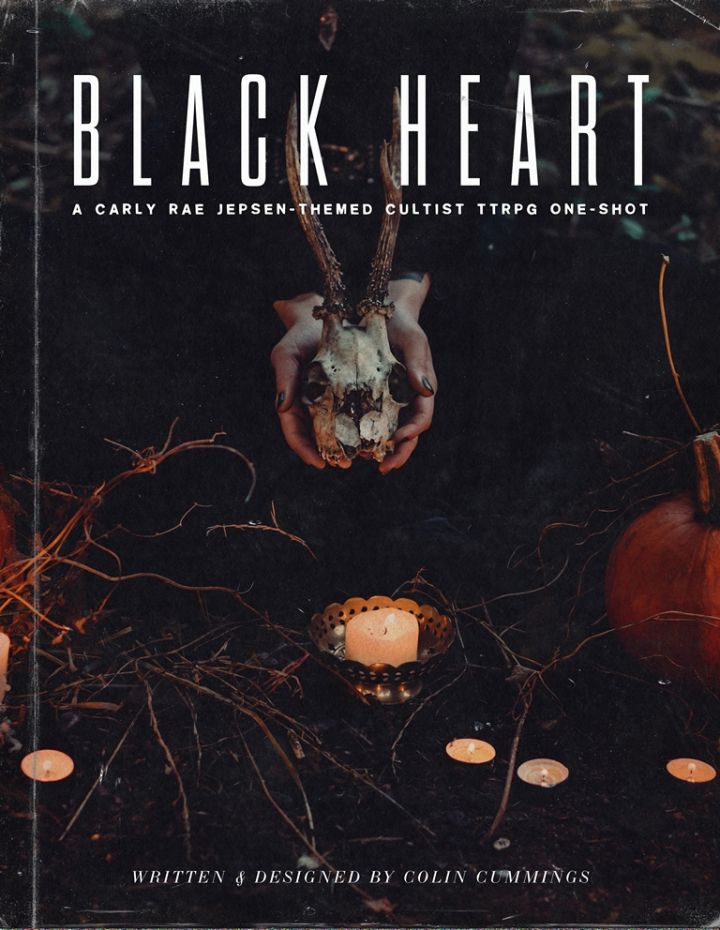 The creator, Colin Cummings, says the RPG is inspired by games like Cultist Simulator, The Yawhg and party tabletop games like Mafia and Werewolf. PDFs of the game will be released on itch.io to the public in a few months, but a preview of Black Heart will be available this week for Patreon subscribers (it’ll cost you $7 to sign up).

How you do in those challenges affects one of four stats: Heart, Soul, Mind and Weird. Your ability in each stat impacts your effectiveness in the final ritual, and as you continue to play, the town becomes affected by your decisions. “The town also grows weirder with each turn, affecting all of reality as the veil begins to weaken between dimensions,” the creator wrote in a Patreon update to backers.

“These changes can even manifest within your characters, leading to mutations that can be powerful bonuses to your character’s stats. These mutations are, of course, based on lyrics found with Carly Rae Jepsen songs.”

Amazing. The game doesn’t actually say that the ancient god is Carly Rae herself, although I’m willing to house rule that one. An extra bonus amongst all of this is that Black Heart and Boy Problems, the first tabletop RPG in this wonderfully bizarre trilogy, are designed to feed into each other.

More info on the mechanics for Black Heart are due out later this week, along with some more details about the game’s design. A full public release is due later this year, but you can get early access to Black Heart and the currently released rules for Boy Problems, as well on developer notes on the process, through Patreon.