A ton of gameplay footage from the upcoming first-person shooter, Doom Eternal, was shown for the first time at QuakeCon over the weekend, giving fans a taste of what’s coming to the action-packed franchise. While we saw a heap of new weapons, enemies, and abilities, one of the most interesting new features is the ability to invade other player’s campaigns as demons.

At one point in the gameplay footage, the words “INVASION – INCOMING INVADERS” pop up in the middle of the screen, after which we see two demons appear with usernames above their heads, signifying that they’re being controlled by actual human players. As game director, Marty Stratton, and creative director, Hugo Martin, explain after the clip, you can choose to either invade another player’s game on your own, or team up with some mates and form your own hunting party. 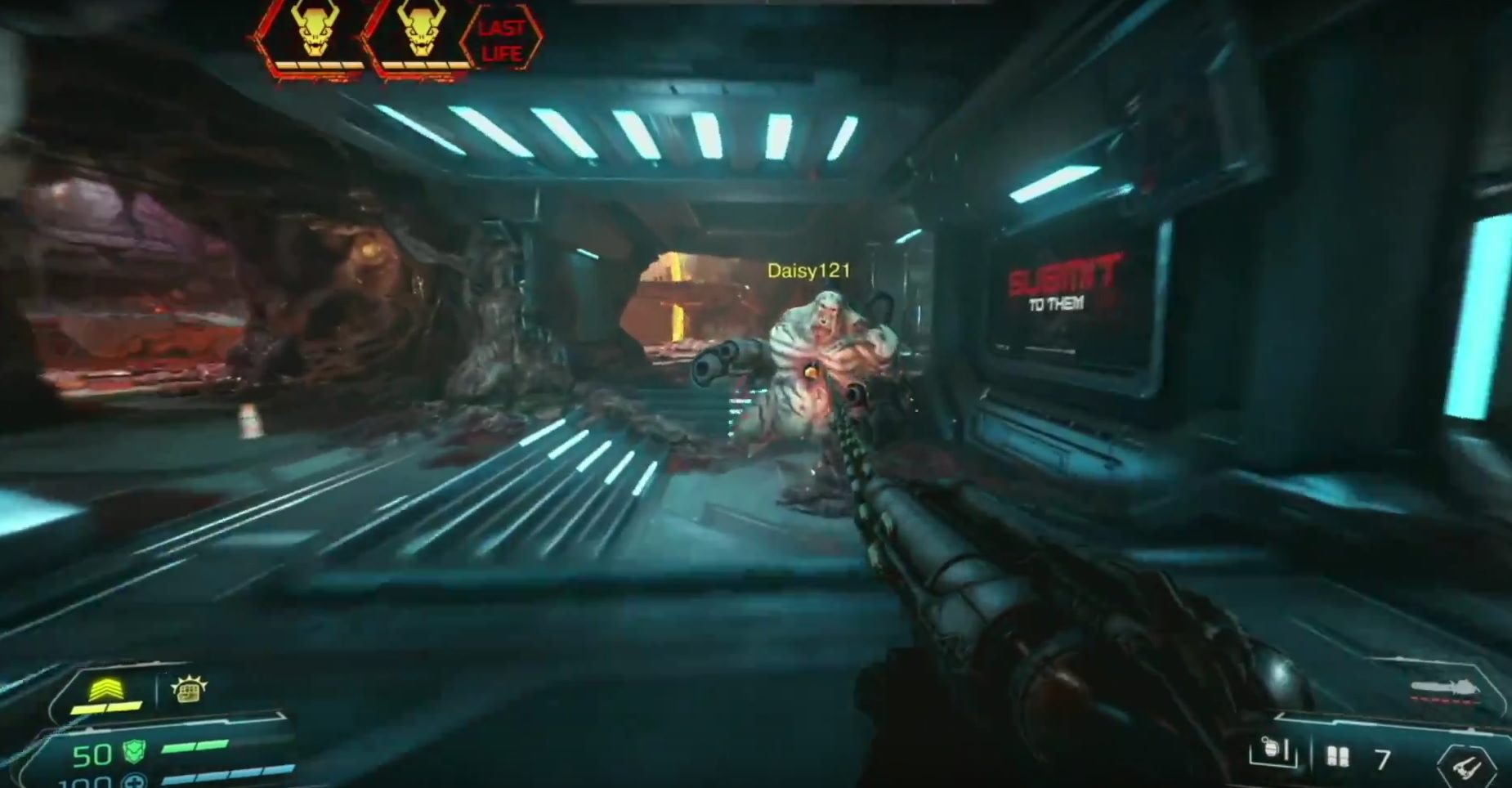 It’s a pretty interesting concept and one that would certainly add a lot of tension to the already intense single-player experience Eternal’s predecessor was known for. I got to sit down with Martin and Stratton as part of a roundtable interview where I asked them about the Invasion feature and whether or not they could give us any more information on how it will work. They remained fairly tight-lipped about the finer details, but their enthusiasm for it and the game itself oozed from everything they did tell me.

“It’s gonna be awesome,” Martin told PEDESTRIAN.TV. “It’s definitely something we just wanted to give fans a taste of.”

The biggest advantage to Invasion, Martin says, is the unpredictability it lends to what is generally a pretty straightforward Doom campaign. “I think it makes your game really dynamic because you can’t predict what a human-controlled demon is going to do,” he said.

While Stratton wants fans to know that invasion is going to be more than how it appears on the surface, he says its priority is giving gamers “a way to play the Doom they love with their friends”.

“It introduces a social component to the Doom dance without breaking the Doom experience, which is so awesome,” Martin added. In terms of the specific mechanics and gameplay, the team say they plan to show more of it “down the road”.

It’s also a good way for fans to experience the Doom universe without having to play as the iconic Doom Slayer, which obviously rules, but sometimes it’s nice to take a more chilled out approach.

“A lot of people enjoy playing as some of the other demons, you know, because it’s a different type of experience and in some cases, is less demanding from a skill perspective because you’re not managing as many buttons,” Martin said.

“It’s about good vs evil, it’s about the slayer vs demons, so the demons are a part of that experience. They’re full of personality, they’re awesome, they’re a huge part of our franchise, people love them, so why not let people play as them?”

It’s certainly not the first game to introduce the idea of invaders. Dark Souls, for example, lets players enter another player’s game or even propose a challenge for them to accept or deny. If all of this sounds like your idea of Hell, don’t stress, Doom Eternal will let you turn it off so you can go about your own demon slaying in peace.

If you missed the recent gameplay reveal, you can check it out in the video below. It’s certainly shaping up to be a fast-paced menace of a shooter.

There’s no release date for this bad boy just yet, but if I had to put money on it, I’d say it’ll drop late 2018 at the earliest, but more likely the 1st quarter of 2019.