Evil Dead actor, Bruce Campbell, is rebooting the classic TV series, Ripley’s Believe It Or Not this year for The Travel Channel, which has ordered ten, one hour episodes.

The series will be hosted by old mate Campbell and shot in the Ripley Warehouse in Florida. Like previous iterations of the show, the reboot will explore “astonishing, real, and one-of-a-kind stories,” which Campbell will also be executive producing.

The reboot is scheduled to start this Summer (our Winter) in conjunction with the 100-year anniversary of the Ripley’s Believe It Or Not franchise.

“Travel Channel fans have an insatiable curiosity about the world and sharing this wonderful and weird series with the next generation of fans is a thrill,” Travel Channel general manager, Jane Latman, said in the announcement. “This entirely new version of Ripley’s is a fresh contemporary approach to the odd and unusual and will be jam-packed with larger-than-life characters, cool facts, history and science.”

The very first series of Ripley’s Believe It Or Not premiered in 1949 on NBC, hosted by Robert L. Ripley himself. Campbell’s reboot will serve as the fifth series of the show since its launch.

Bruce Campbell is well-known for his work as Ash Williams in the classic horror series, Evil Dead, which later copped its own spinoff, Ash vs Evil Dead. The P.TV deputy editor, James, and I got to meet him a couple of years ago while we dressed as beer and cigarettes. He called us degenerates. 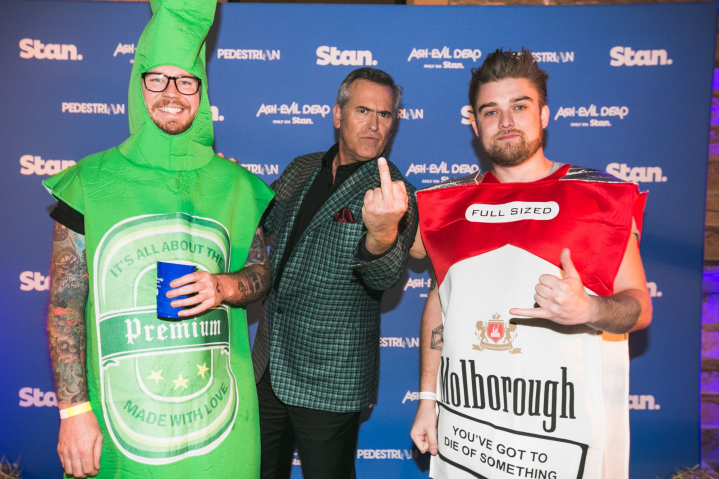 I always liked how Ripley gave you a choice to either believe it or to just not.

Image: Ripley's Believe It Or Not