What Is With Our Sudden Obsession With Shows About Real-Life Scammers? We Have A Theory

You may have noticed a recurring theme in the slew of drama TV series that everyone’s been bingeing over the last month or so. Spoiler: it’s scammers. We’re obsessed with scammers.

From Netflix’s spicy doco The Tinder Swindler to its Anna Delvey series Inventing Anna, and then of course the freshly released Elizabeth Holmes series The Dropout, we seem to be fixated on charlatans.

Considering the close proximity of each release, their similar themes, and the fact that they’ve all gone bloody gangbusters on social media, I couldn’t help but wonder why it is that we love watching these con-artists be taken down on-screen.

My hypothesis is that it’s because we’re in an era where we’re all about accountability and taking people to task for their shitty actions, especially liars, cheaters, and fakes.

Hell, look at Celeb Spellcheck as an example. The local influencer take-down Insta has become a national phenomenon, and why?

Because after years of having influencers brag about how fabulous and perfect they are, it’s so refreshing to see them being taken down a peg when they fuck up.

And what about Real Housewives of Beverly Hills star Erika Jayne?

She spent years bragging about how she and her rich lawyer husband have money to burn, then when it was revealed that he was stealing money from clients and their rich empire was a sham, viewers low-key delighted in seeing them get their comeuppance. 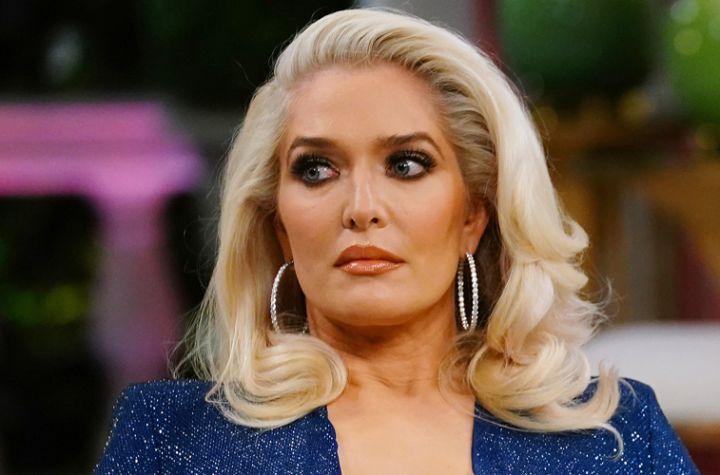 But anyway, back to the current shows about scammers.

The Tinder Swindler is a Netflix doco about a bloke who used Tinder to seek out women and sell them this lie about being a rich diamond heir.

Then, after he’d manipulated them into falling in love with him, he’d swindle big bucks out of them.

It’s an absolutely infuriating watch, especially when you see how many girls he fooled and how much he’s stolen from them, plus the fact that he’s currently a free man.

With that said, it’s oh-so satisfying to see him get caught and swindled himself by one of the very gals he swindled.

As for Inventing Anna, it’s a series based on real life socialite Anna Delvey (real name Anna Sorokin) who pretended to be a German heiress in order to rise up the ranks of the New York social scene.

Turns out she was just an average Joe from Germany who’d concocted a ridiculous lie.

Delvey is perfectly portrayed by Julia Garner and the series is an absolute hoot and a half to watch, especially when you pair it with the social media responses from the IRL Anna.

And finally, Disney+ released their long-awaited series about former biotechnology entrepreneur Elizabeth Holmes over the weekend, played by the brilliant Amanda Seyfried.

The miniseries, titled The Dropout, charts the rise and falls of Holmes’ company Theranos which was selling a product that simply did not work.

What I love about all three is that even during the takedown of each charlatan, you don’t feel a speck of guilt because, well, they brought it on themselves. And even worse, none of them show any remorse.

I said I once and I’ll say it again: we looooove to see shitty people be held accountable for their shitty actions.