WE ADORE THEE: Whoopi Goldberg & Jennifer Saunders Are Teaming Up For A ‘Sister Act’ Musical

HALLELUJAH: Our prayers have been answered ‘coz Sister Act is making a comeback as a West End musical.

The fabulous Emmy, Grammy, Oscar, and Tony Award-winning Whoopi Goldberg has announced that she will be reprising her role as Doloris Van Cartier in the West End production alongside, wait for it, Ab Fab qween Jennifer Saunders. 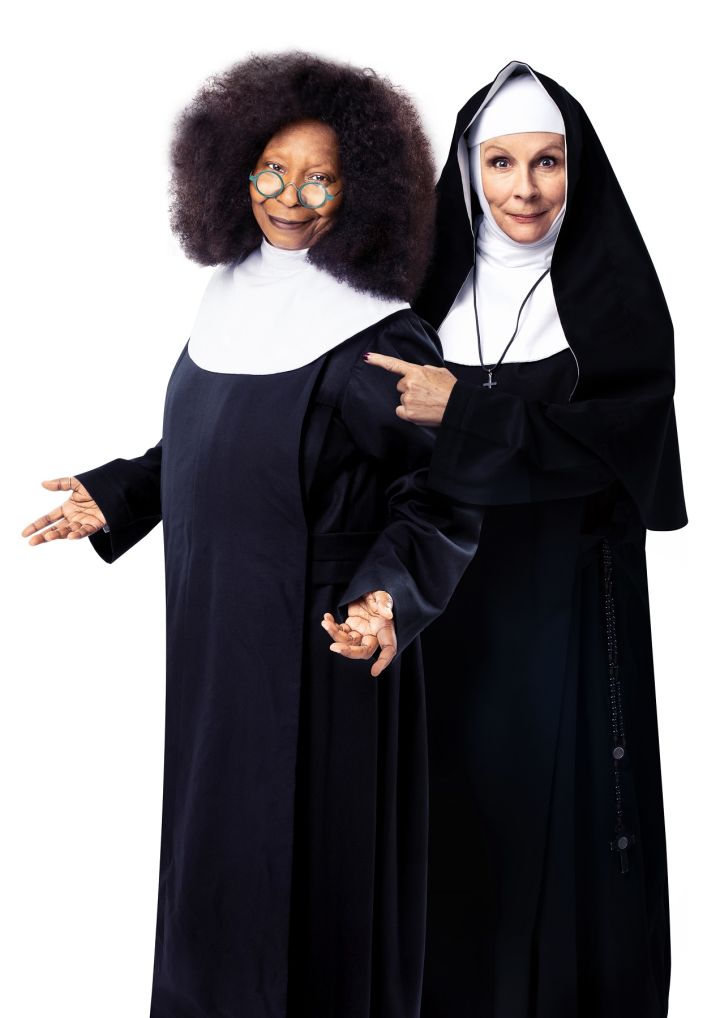 Goldberg says of the news “I’m coming back to London! Yes, I’m starring as Deloris Van Cartier in Sister Act the Musical.”

“The original Deloris is back! A little older, a little seasoned, but really still kind of out there.”

Meanwhile, Saunders joked: “I would buy tickets, but I can’t buy tickets because I’m in it. But I think this could be the event of the century. That’s all I’m saying, small thing, but THE event.”

Sister Act West End producer Jamie Wilson said: “It has been so exciting to work with Whoopi, Alan Menken, Douglas Carter Beane and Glenn Slater to revise and refresh Sister Act for this newly adapted production.

“This is a very special one-off opportunity created just for London to see one of the most loved actors of our time playing the part she is so famous and so loved for.”

“The addition of Jennifer means that Sister Act truly promises to be the ultimate night of laughs and smiles with two comedy greats.”

“It really is going to be a brilliant summer!”

Tickets for the heavenly event are on sale now, so get on the horn to your travel agent ASAP.