During Comic-Con over the weekend, the show’s executive producer Roberto Aguirre-Sacasa announced that Perry’s longtime friend and Beverly Hills 90210 co-star Shannen Doherty would guest star in the season 4 premiere as a tribute to the actor, Variety reports.

The tribute episode will “reflect Perry’s enduring legacy and the indelible imprint his character” Fred Andrews had on the series. While he couldn’t give too many details about how the iconic actress would be weaved into the series, he described her role as “very emotional.” 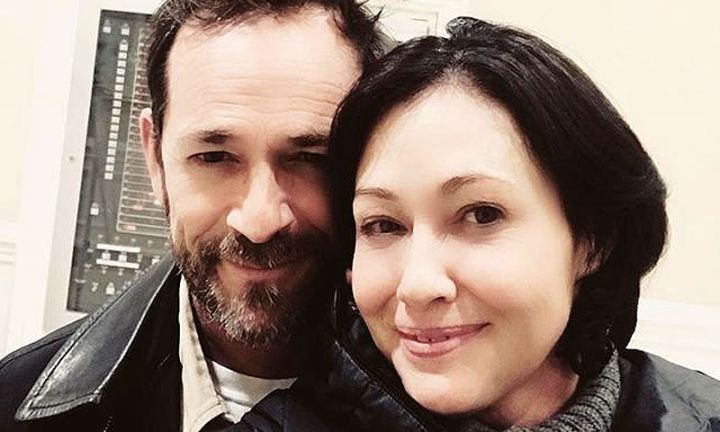 “They were such good friends, and when we were putting together this tribute episode, we wanted to make it as special as possible, and so we asked Shannen to do a pivotal, super-emotional role. She read the script and immediately said ‘yes.’ It’s very impactful,” said Aguirre-Sacasa.

Aguirre-Sacasa also revealed that he and Perry had been planning to have Doherty guest star on the show for some time and that her presence in the series is “something that Luke wanted to happen since season 1.”

Perry passed away in March, 2019 at the age of 52 after suffering a stroke. At the time, Doherty expressed that she was “struggling with this loss” and that “processing (it) is impossible.”