Miley Cyrus has hit Peak Miley once again this week, gifting her friend and collaborator Mark Ronson with a very special and extremely fragrant bouquet for Valentine’s Day.

Ronson posted photos of his gift on his Instagram stories, writing “Flowers from Queen Heartbreak herself”, in reference to the pair’s recent bop ‘Nothing Breaks Like A Heart‘. 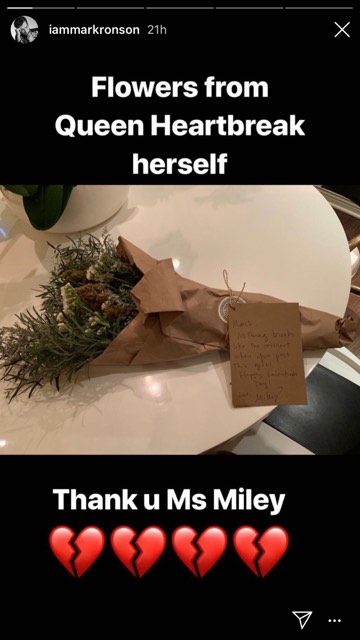 He then zoomed in on the bouquet, which came courtesy of California’s Lowell Herb Co., saying on closer inspection: “Wait!!!! Those aren’t flowers.” 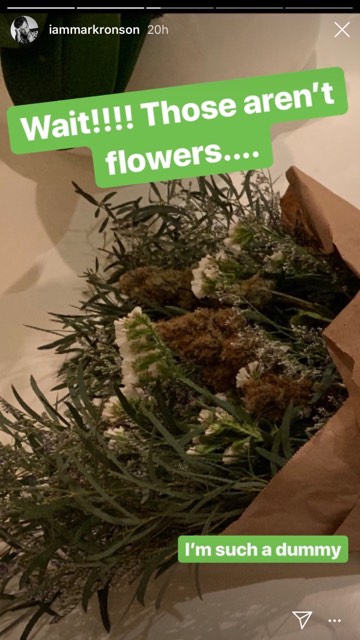 Miley Cyrus seemed to know full well that Ronson would post pics of the weed bouquet after receiving it, and if you look closely at the card she wrote: “Nothing breaks like the internet when you post this gift.”

The singer has made no secret of her love of the devil’s lettuce in the past, and once recorded a song whose opening line was “yeah I smoke pot”, unless there was any ambiguity around that.

We Stan a self-aware queen.

Miley Cyrus recently married her long-time beau Liam Hemsworth, taking his last name after their wedding and sharing a series of mushy and borderline-NSWF tributes to him on social media. In a recent interview to promote his film Isn’t It Romantic, he gushed about his wedding:

“It was a really special day. It was pretty much just immediate family. I feel very happy and real fortunate to be with such a good person. We’ve been through so much together over the last ten years so it felt like it was time.”