Mel B will not find out if Australia’s Got Talent

In news far more interesting and controversial than anything that will actually happen on the programs in question, Channel 9’s Australia’s Got Talent appears to be thin on judging talent after Channel 7 won a Supreme Court case preventing X Factor deserter, Mel B, from appearing on the show. Justice David Hammerschlag took 30 minutes to come to his verdict, agreeing that Mel B had breached her X Factor contract, granting an injunction that prevents the former Spice Girl from appearing on any rival network until January 2014.

It’s hardly surprising that Channel 7 took the defection to heart, with Mel B and husband/manger Stephen Belafonte initially sighting visa problems and a refusal from Mel’s baby daddy, Eddie Murphy, to grant permission for her children to travel to Australia, as the reason that she would not be returning for the 2013 season.

Channel 9 remain defiant in their effort to Spice-up the underperformed talent show, with speculation that Geri Halliwell will be announced as Mel B’s replacement. 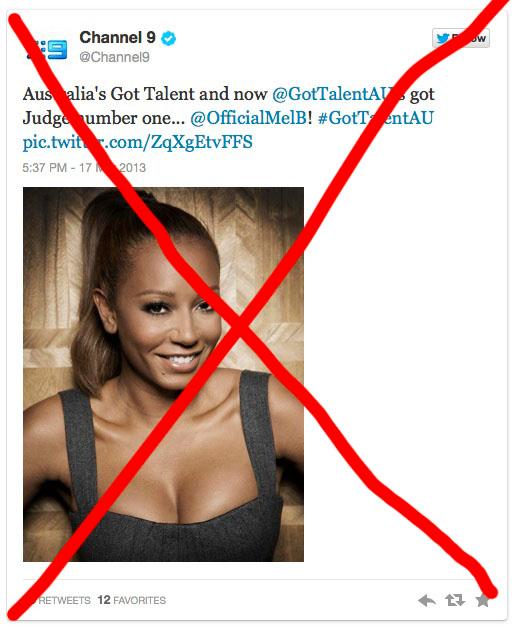