Alright, alright, alright. We know that Titanic came out four years after Matthew McConaughey‘s drawling, lecherous turn in Linklater‘s Dazed and Confused. But can you imagine if you just transported his leering character Wooderson into the place of Leonardo DiCaprio‘s Jack Dawson? Totally different movie.

“Draw me like one of your French girls,” would end up a far less swoony scene. It seems unthinkable to drop McConaughey onto the bow of a ship with Winslet crying “I’m flying!” And you better believe McConaughey wouldn’t have died at the end. No fkn way.

The reason why we’re talking about this is because McConaughey appeared on The Hollywood Reporter‘s Awards Chatter podcast last month, in which he owned up to feeling pretty confident he’d nailed his Titanic audition. Like he read with Kate Winslet and everything.

I went and auditioned for that. I wanted that. I auditioned with Kate Winslet. Had a good audition. Walked away from there pretty confident that I had it. I didn’t get it. I never got offered that. And as I’ve said before not even half jokingly if it’s true, if that was an offer and it didn’t come to me, I’ve got to go back and go, ‘I’ve got to meet in an alley with that agent.’

To think James Cameron would pass up on him for that kid who was nominated for an Oscar for What’s Eating Gilbert Grape in ’93 at age 22? Between then and Titanic DiCaprio breathed lead roles, in films like The Basketball Diaries and Romeo + Juliet. McConaughey meanwhile had some solid lead parts – like in A Time to Kill and Contact –  but he didn’t have the kind of wet-panty form of DiCaprio. Even when he turned into a rom com lead in the ’00s he was the charming dude fuckboi kinda rom com lead, next to DiCaprio’s sensitive softboi.

McConaughey also said he regretted Guy Pearce‘s part in L.A. Confidential in 1997 – sure that lost almost all its Oscar noms to bloody Titanic, but stiiiiiill: “That’s a movie I really, really liked, and that one sticks out to me as one I’m like, ‘Ooh man, that would have been a really good one to have been a part of.’”

At the very least, McConaughey can be proud he copped an Oscar before DiCaprio – who was nominated four times before winning Best Actor for The Revenant. He won in 2014 for Dallas Buyers Club. One for one! Suck it Leo! 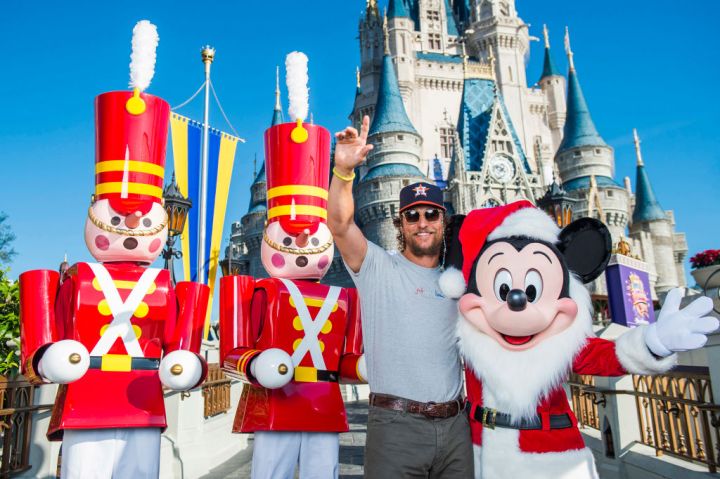 READ MORE
WATCH: Kate Winslet Went Ahead And Fixed The Ending Of 'Titanic' For You