Lindsay Lohan has been dealt another blow in her ongoing legal battle against Rockstar Games, with an appeals court in New York rejecting her claim that the studio based a character on her.

The case has been ongoing since 2014, when Lohan sued Rockstar for invasion of privacy, claiming that elements of Grand Theft Auto V were influenced by her, without her permission.

In particular, Lohan took issue with a character called Lacey Jonas, an actress, who is seen wearing a red bikini and flashing a peace sign in an image that appears to closely mirror one of her. 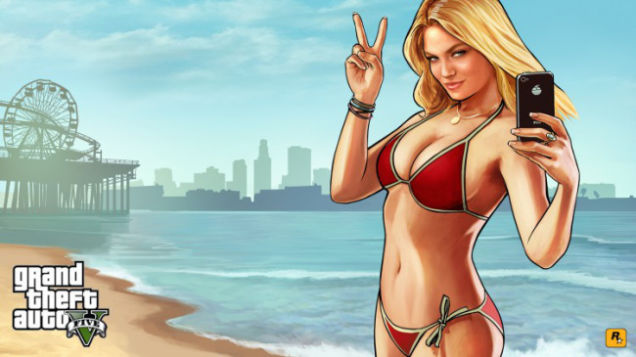 Rockstar responded by claiming that the suit was “frivolous” and filed for publicity purposes, and in 2016, a five-judge panel agreed, and dismissed her complaint without costs.

She attempted to fight on, but this week, her case was unanimously rejected by a panel of six judges at the New York State Court of Appeals.

She argued that a video game character could constitute a “portrait” of an individual, and the court was willing to hear this argument, but ultimately rejected it.

In this case, they found little similarity between Lacey Jonas and Lindsay Lohan, with Judge Eugene Fahey saying that the character is merely a:

“… the Jonas character simply is not recognizable as [the] plaintiff inasmuch as it
merely is a generic artistic depiction of a “twenty something” woman without any
particular identifying physical characteristics.”

Judge Fahey went on to say:

“… the artistic renderings are indistinct, satirical representations of the style, look and persona of a modern, beach-going young woman… that is not recognisable as [the] plaintiff.”

Lohan has not yet made a public comment on this outcome, and has not indicated whether she plans to take her appeal further or leave it.