Welp, looks like the rumours of Leonardo DiCaprio dating geriatric Gigi Hadid aren’t just rumours after all because we’ve just copped some pics of the pair.

But apparently he’s expanded the age range of his dating pool by two years.

It all started with sources claiming that the Titanic star had “set his sights” on Gigi, then earlier this week they were reportedly spotted smooching at NYFW.

And now we’ve copped footage of them together!

Daily Mail shared pics of the pair at a party the actor’s mates were throwing at Casa Cipriani.

The publication reported that the couple were “seen leaning in close together as they tried to chat in the midst of the loud party.”

Granted that the pics were grainy as fuck and could literally be anyone, but where there’s smoke, there’s fire!

A sneaky source previously told That’s The T podcast that the pair hooked up at New York Fashion Week.

“I heard from multiple [unknown] people who were at NYFW they were seen making out at an event,” an insider told the poddy, which was later shared by Deuxmoi. 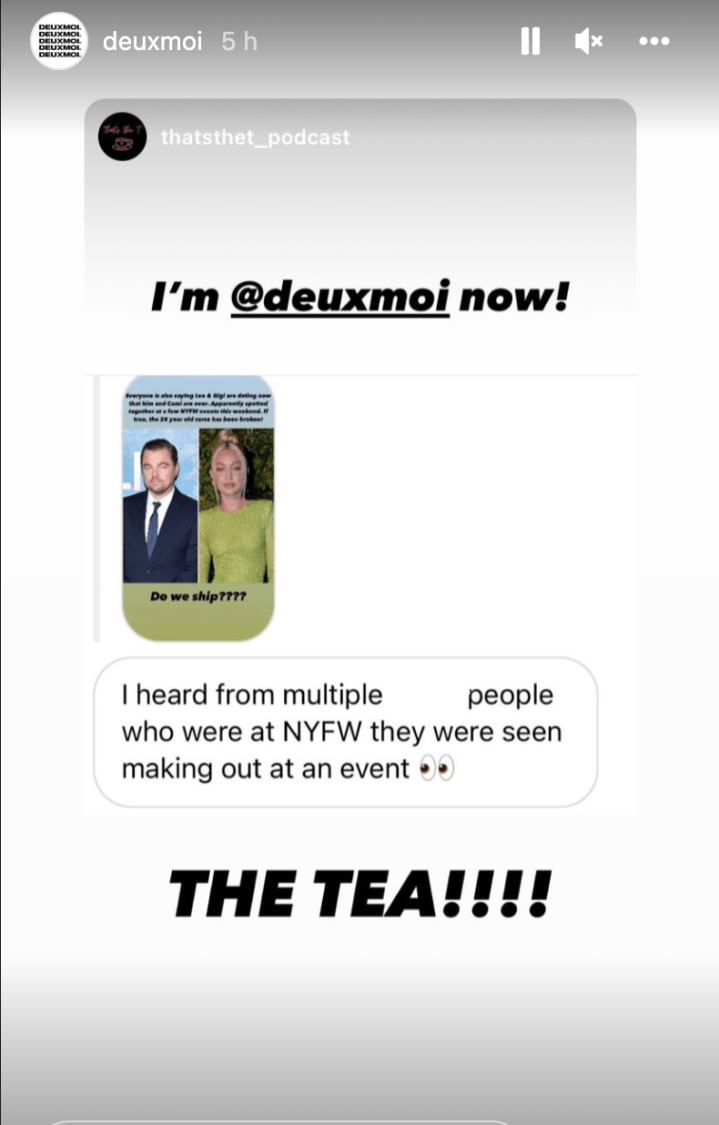 This prompted several folks to share the same intel to Deuxmoi.

“Can confirm this happen,” one person wrote, while another added: “They were also making out at Casa Cipriani.” 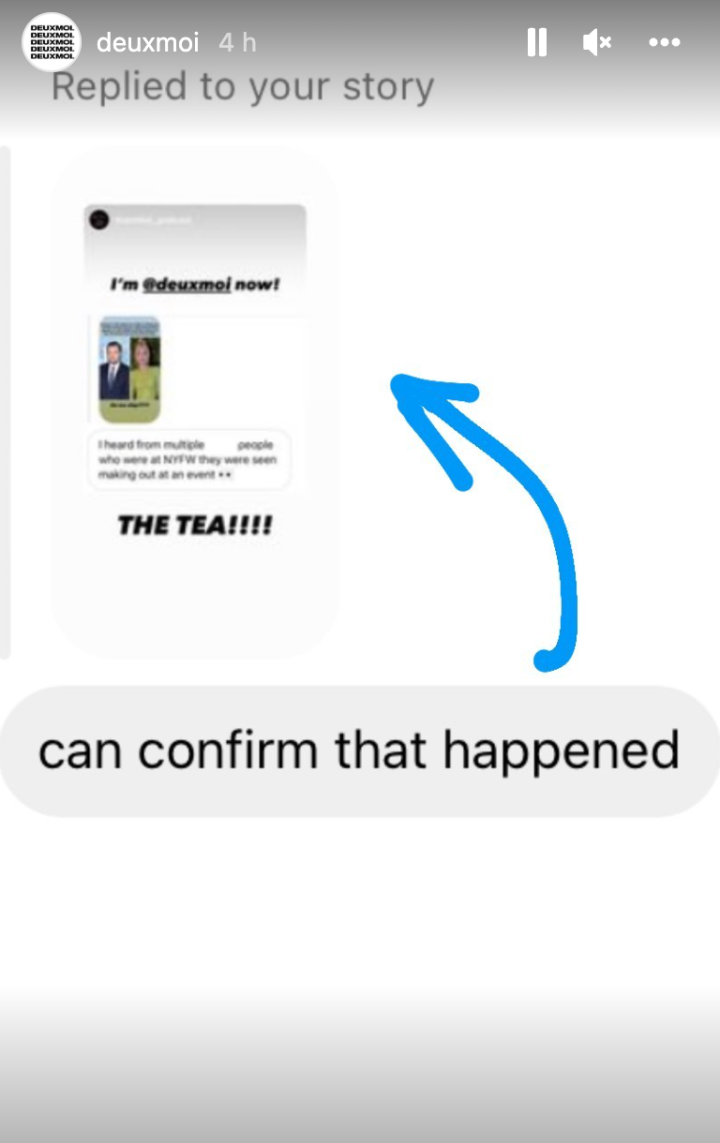 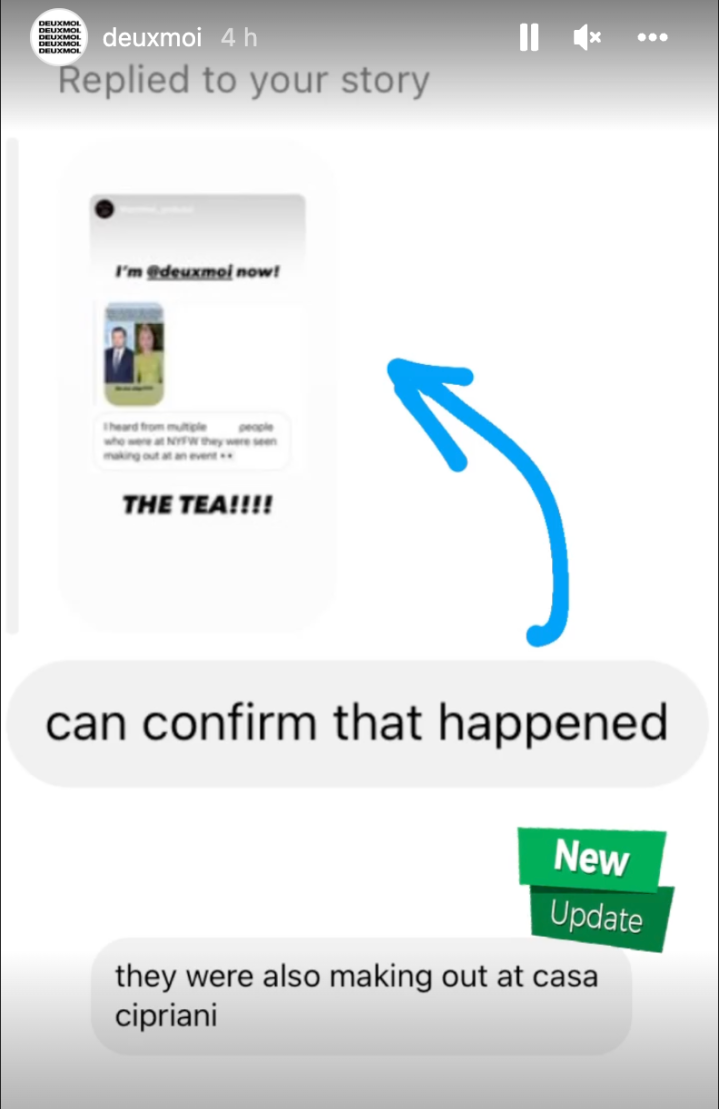 The pair were first linked when a sneaky insider told Us Weekly that Leo is crushing hard on Gigi Hadid.

“Leo does have his sights set on Gigi, but she hasn’t shown an interest,” a source told Us Weekly.

“They’re friends, but she doesn’t want to be romantic with [him] right now.”

At the time, the insider insisted that it’s totally one-sided though, claiming that while he might have “his sights” on Gigi, she “doesn’t have her sights on him.”

It comes after his recent split from 25-year-old model and actress Camila Morrone.

An insider told the mag that the pair “just weren’t having fun anymore,” adding that “the honeymoon phase was over and things faded out.”

While the couple was once “very close,” they suddenly stopped being spotted frolicking around together.

Meanwhile Camilla has been “filming all summer,” per the insider.

Leonardo had “been attending events and going on vacations without [Morrone], from the Care Gala to Unicef Gala to Saint Tropez.

“He has been spending more time hanging out with all his pals like Tobey McGuire and Jamie Foxx,” the source said.

An insider told Us Weekly that Zayn and Gigi, who share a child together, “have a loving and caring relationship despite being broken up.”

The source said they “don’t hate each other, that’s for sure.”

Has Gigi Hadid moved on from the boybander with Leonardo DiCaprio? Has old mate Leo changed his age limit?

Only time will tell.