Remember back in February 2011 when Kristen Stewart had her first-ever Vogue cover? Well have ya noticed how she hasn’t had one since, at least for the U.S. version? Apparently that’s ‘cos after working with the Twilight actress on that issue,  Vogue’s evil overlord Anna Wintour never wanted to put her on a cover again.

In fact, she resented even having to put her on that cover after the interview took place so the petty binch bumped her for Blake Lively until she absolutely had to roll with it. Yikes. 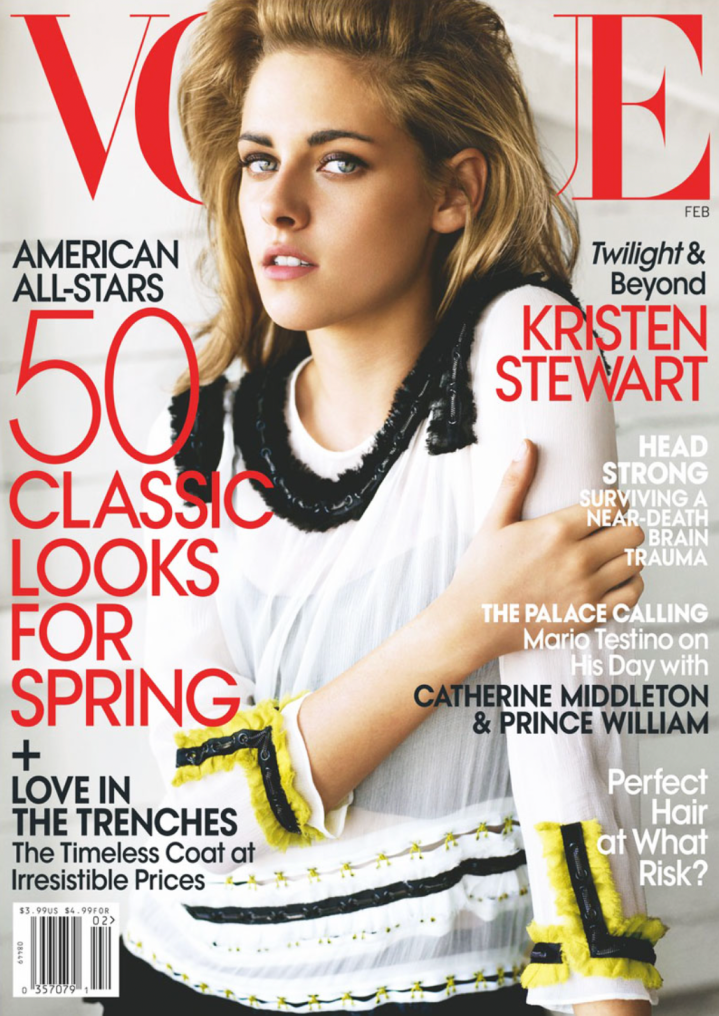 The tea comes via Deuxmoi as a spy has written in a behind-the-scenes recounting of what went down back in 2011.

“Just learned this from a good source, but apparently the reason why Kristen Stewart only ever had one American Vogue cover more than a decade ago is because Anna Wintour doesn’t like her,” the Instagram Story began.

“She didn’t kiss the ring enough last time apparently. Vogue wanted her to be the first time Kristen opened up about her relationships and private life but she refused to and they didn’t like that. They pushed her cover down in favour of Blake Lively who is much more press friendly.”

They added, “A miss for Vogue in the diversity stakes. It would be good for them to have one of the few openly queer and unconventional Hollywood stars on a cover but it doesn’t seem like it’s on the cards anytime soon as long as Anna is around.”

READ MORE
THAT'S ALL: Video Of Anna Wintour Looking Pissed Off After Being Asked For ID Has Gone Viral 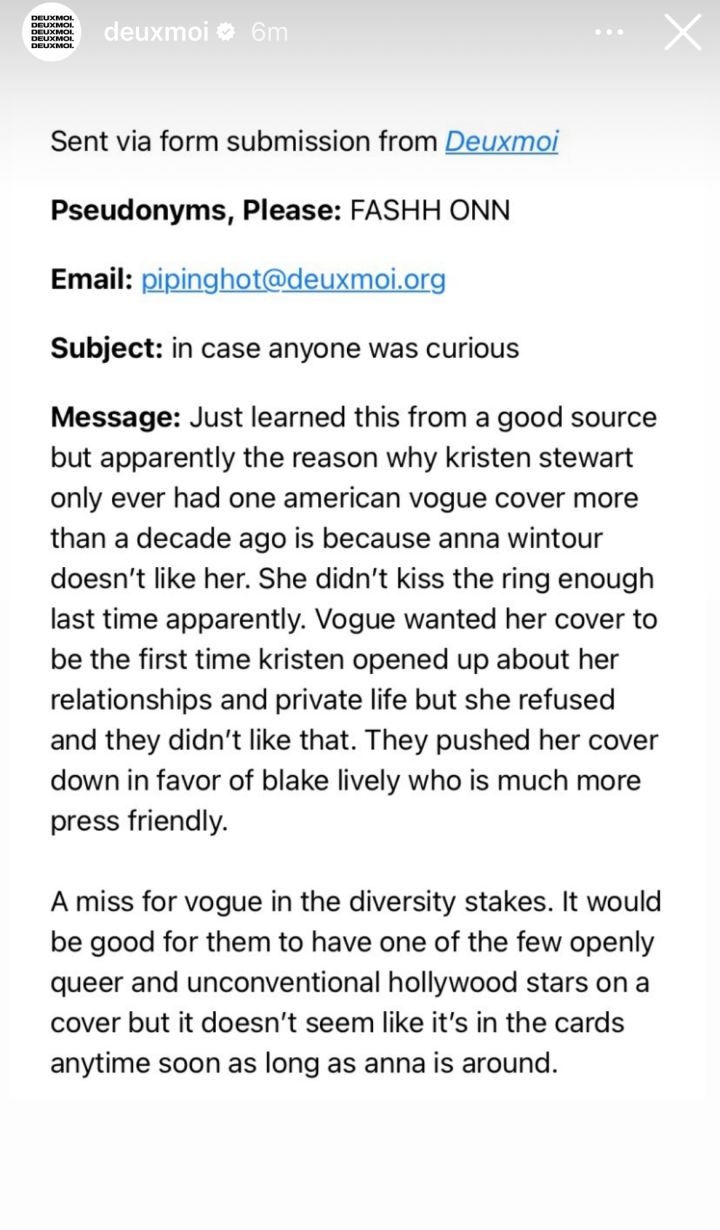 I understand that it’s an honour to grace the cover of Vogue and all that but if Kristen Stewart didn’t want to talk about her personal life, especially as a young queer person in a very homophobic Hollywood, she shouldn’t have had to.

Discussing her career, her achievements, her style and everything she wanted to accomplish in the future should have been more than enough.

Your time is up, Anna Wintour.

Cheddar
There are no more articles to be viewed