Nothing like a big ol’ fash world bust up to spice up our Friday, right?

Respected style guru André Leon Talley has written a savage tell-all memoir, The Chiffon Trenches: A Memoir, where he paints a scathing picture of his former bestie and boss Anna Wintour.

The former editor-at-large of Vogue writes that he has “huge emotional and psychological scars” from his decades-long friendship with Wintour, who he describes as “not capable of human kindness.” 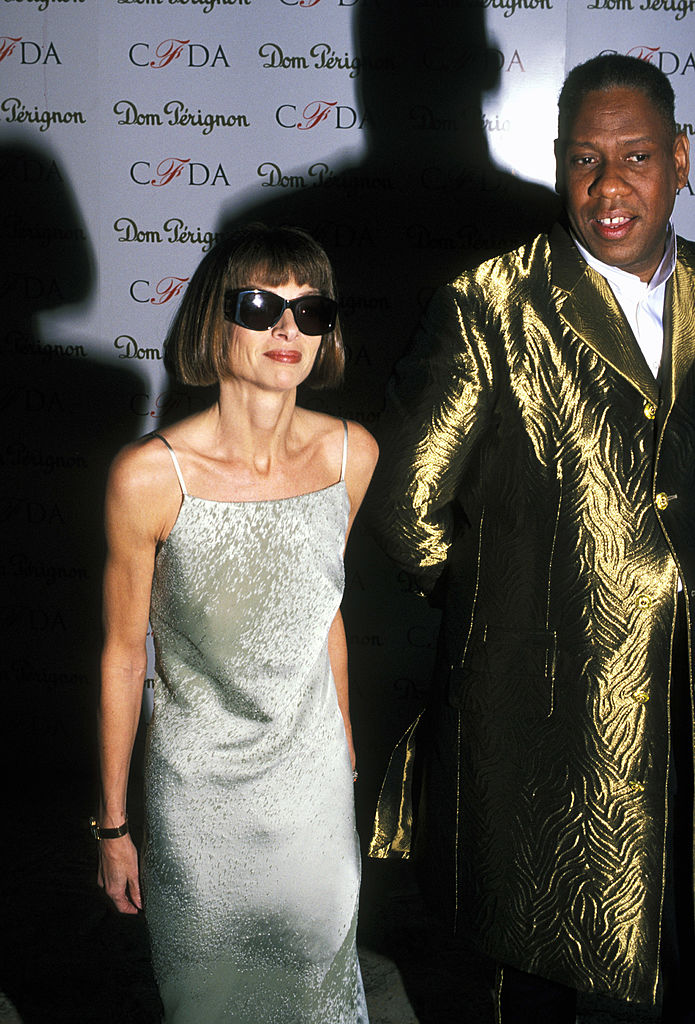 Anna and Andre at the CFDA Awards Gala way back when

He recounts his complicated history with the fashion mogul, including several wild incidents that led to the demise of not just their professional working relationship, but their friendship as well.

Talley writes that when he started out in fashion journalism and Wintour was creative director at Vogue, she became a “powerful ally”, which ultimately blossomed into a beautiful friendship (Talley was one of the few people invited to Wintour’s wedding).

Then one day things changed and Wintour stopped assigning him top projects at the magazine.

Talley began to feel he “wasn’t being treated properly” so he stormed into Wintour’s office and quit, slamming the door on the way out.

Talley made up with Wintour when her mother died and he flew to the UK to be at the funeral where she broke down in tears during the eulogy.

Talley got up and “cradled her in my arms” as they walked out, claiming that it was the only time he physically held her. 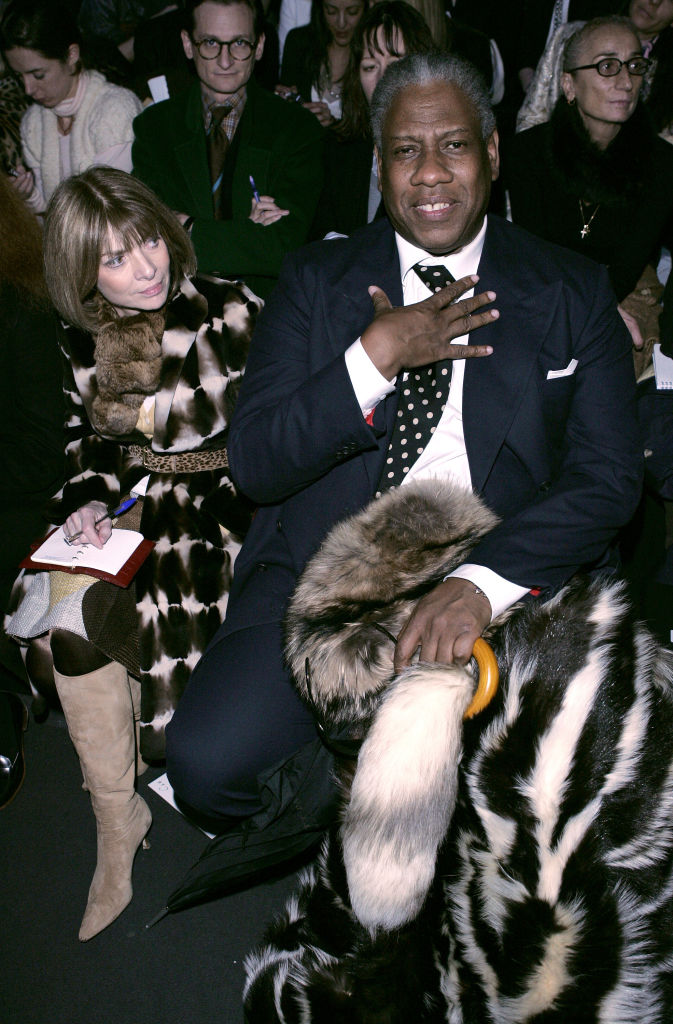 Apparently a big topic of contention in their relationship was Talley’s weight. He claims one day Wintour called him and said: “You’ve got to go to the gym.”

He got a personal trainer and tried the cabbage diet (eating nothing but cabbage), but it didn’t work.

So Wintour staged an intervention with Talley’s pastor and designer Oscar de la Renta and his wife, who were two of Talley’s closest friends.

At the intervention, Wintour said that Talley’s weight was “out of control” and made him agree to attend rehab at the Duke Diet and Fitness Center.

Despite initially losing weight, he put it back on and returned to the center three times for a “yo-yo battle I long ago realised I will never win.” 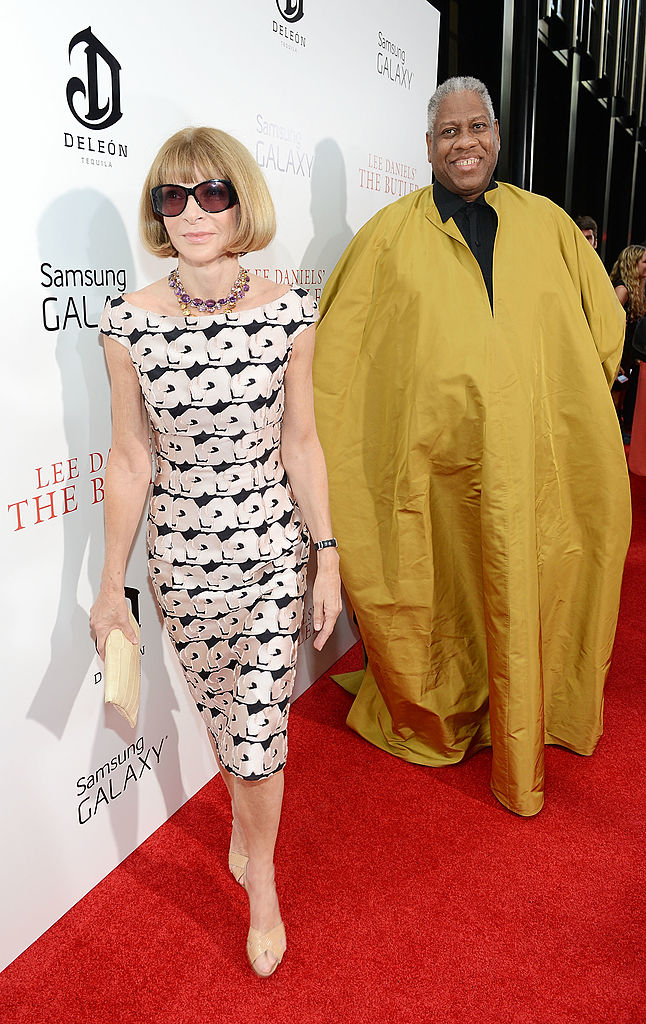 By 2018, their relationship had gone particularly sour, listing examples like Wintour pulling his podcast (which he says he was paid “peanuts” for) and replacing him as a fashion commentator at the Met Gala with a 20-something year of YouTuber, without so much as a reason why.

“After decades of loyalty and friendships, Anna should have had the decency and kindness to call me or send me an email saying: ‘Andre, I think we have had a wonderful run with your interviews but we are going to try something new’.

“I would have accepted that…I understand; nothing lasts forever. Simple human kindness. No, she is not capable.”

That October, Wintour did not wish Talley a happy birthday as she normally would and he considered their friendship “officially over.”

The next month he sent her a birthday email – she did not respond.

Talley writes that “for years Anna was the most important woman in my universe” but now she had let him be “thrown to the curb.”

“She is immune to anyone other than the powerful and famous people who populate the pages of Vogue,” he adds.

“She has mercilessly made her best friends people who are the highest in their chosen fields.”

As of now, he believes he is “too old, too overweight, too uncool” to be worthy of her friendship.

“Serena Williams, Roger Federer, Mr. and Mrs. George Clooney are, to her, friends. I am no longer of value to her.”

Another juicy nugget of info is his discussion of the 2006 film The Devil Wears Prada, inspired by Anna’s editorship of Vogue.

He says that in reality nobody threw their coats around and there was “no vulgar language,” but there were certainly huge expense accounts for everything and every item of clothing Wintour wore was sent to the dry cleaners, apart from her underwear.

One of her two assistants did have to go to her home every morning with a copy of the big book, along with flowers, gifts and all her clean clothes.

Despite his disappointment at the downfall of their relationship, he does appear to still be concerned about the icy editor.

“I wonder, when she goes home alone at night, is she miserable? Does she feel alone?

“Anna is so powerful and busy; she simply put me out of her existence. Now she treats me as a former employee, brief greetings, never anything more than perfunctory salutations.”

Talley called Wintour “ruthless” and writes that “the Empress Wintour has disappointed me in her humanity.” 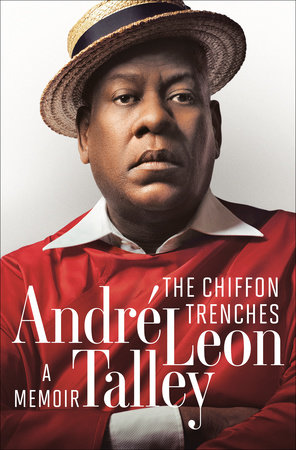 He concludes by expressing his desire to someday reconcile with his former comrade.

“My hope is that she will find a way to apologise before I die, or if I linger on incapacitated before I pass, she will show up at my bedside, with an extended hand clasped into mine and say: ‘I love you. You have no idea how much you have meant to me’,” he writes.

“Not a day goes by when I do not think of Anna Wintour.”

Same here after reading this, TBH.

His brutal memoir, The Chiffon Trenches: A Memoir, is out in September (just in time for the September Issue, how ’bout that?).