As an avid worshipper of Kris Jenner, I’ve been bloody waiting for this one: Chrissy Teigen has been yeeted off the brand she shares with the reality star, cleaning product brand Safely, amid the bullying accusations.

Kris Jenner and Chrissy Teigen launched the brand back in March, with the famous friends taking on roles as founders and spokespeople. They later dropped the prods in May and, according to The Sun, the products have “tanked” following the allegations levelled against the model turned social media star.

“Kris Jenner has been in crisis mode for weeks with Chrissy’s scandal,” an insider told the publication over the weekend. “She likes Chrissy but she’s a numbers girl first and their sales tanked after all of Chrissy’s tweets came out.” 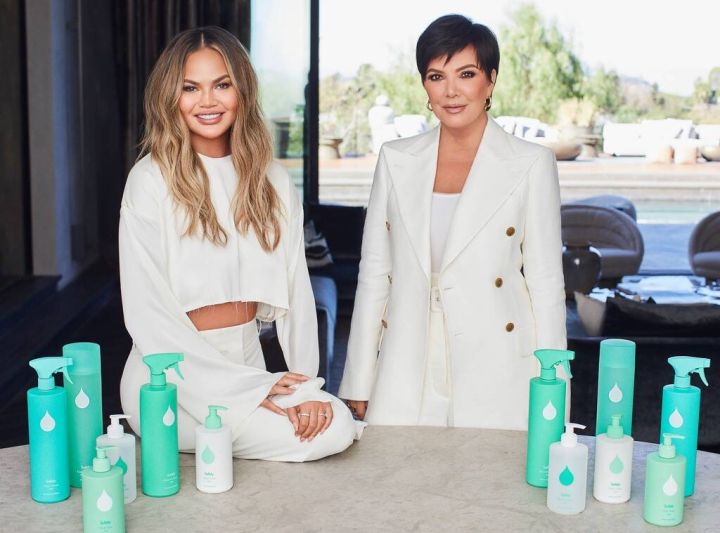 The insider said the scandal is literally the “worst-case scenario” for a brand and the timing couldn’t have been worse as it launched just days before Courtney Stodden unleashed on Chrissy Teigen in an interview with The Daily Beast.

As a result, the company has had no choice but to “completely change” its marketing strategy, according to the insider. The point of the whole thing was to market the products using both Kris and Chrissy’s respective famous fams, but now they’ve been forced to cut Teigen from all promo in order to save the brand’s rep.

“They know they can’t show Chrissy anymore but her with her kids was originally the whole appeal of the brand,” The Sun’s source said. “It’s been a very pricey mistake.”

So what does this mean for Chrissy Teigen? Well, given the fact that she literally co-founded the brand, she won’t be banished from the company completely, but she’s no longer a spokesperson, that’s for damn sure.

“It’s tricky since she was part of creating the company, she’s not just a spokesperson,” the source said. Although Safely nor Kris Jenner have commented on the sitch, it’s worth noting that Chrissy Teigen hasn’t been included in promo for the brand since May 9.

Meanwhile Kris Jenner appeared in a post on their Instagram on Saturday, but comments were disabled to avoid incessant trolling, I’m sure (not unlike the trolling that Chrissy Teigen dished out to then-teenager Courtney Stodden).

If anyone knows how to handle a publicity scandal (hey, that rhymed!), it’s Kris Jenner.