Euphoria star Jacob Elordi has been spotted swanning around SoHo with model /actor Kaia Gerber. So I guess Elordi and Zendaya really are donezo, hey?

Celebrity goss account, @Deuxmoi, posted an anonymous claim from a fan who said they saw “Kaia Gerber and Jacob Elordi holding hands in SoHo area – they are definitely dating.”

“They were both wearing masks, she has pink hair, he was wearing the same paperboy hat that he wears everywhere.”

The source added that they looked “loved up”.

Side note: the same source just casually mentioned how their friends saw Jennifer Lopez and Bradley Cooper in separate parts of the city.

Oh, to live in New York.

READ MORE
Timothée Chalamet's Chaotic Happy Birthday Tweet To Zendaya Is So Cute But WTF Does It Mean? 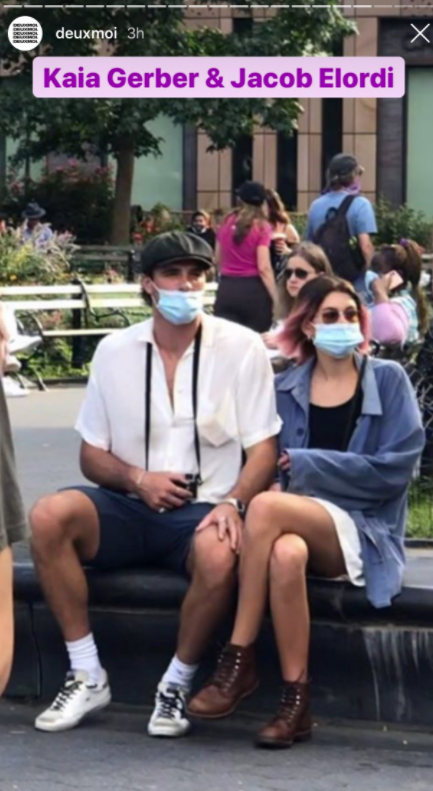 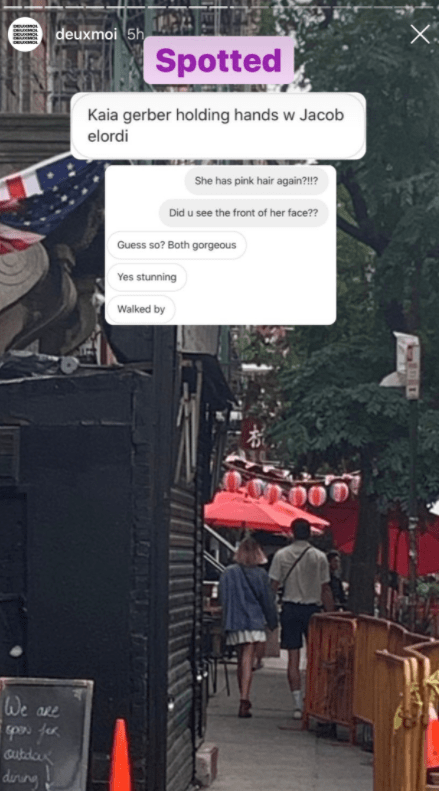 While Elordi is recognisable, it’s hard to see past Gerber’s sunnies. However, per her Instagram, the pink hair is a match.

Until the last week or so, Elordi had been romantically linked to Zendaya. But it appears things must have fizzled out.

A source, grain of salt, told E! News that Elordi and Gerber starting hanging out a bunch because they have a tonne of mutual friends.

“Jacob makes Kaia laugh and her family adores him,” the source said, which is an interesting choice of words.

Elordi and Zendaya, meanwhile, seemed to be a thing back in February. The pair were snapped having a pash on the streets of Manhattan.

when someone asked zendaya when she’s gonna go public w a relationship & she said “never” … that was code for 2020 pic.twitter.com/J2htOkDlOe

Neither Elordi or Zendaya publicly confirmed their relationship status, to be fair. Before they were photographed together, Elordi denied they were dating in an interview with GQ.