We’re Slinging Double Passes To See Spider-Man: No Way Home Before Everyone Else 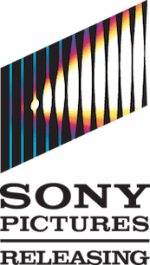 PEDESTRIAN.TV has teamed up with Sony Pictures to celebrate the release of 'Spider-Man™: No Way Home', in cinemas from December 16.

OK Spider-Fans, the moment we’ve been waiting over two years for is finally just around the corner – Spider-Man™: No Way Home is coming to the big screen next month, and we wanna sling you some double passes to a special pre-screening event.

In Tom Holland‘s third solo Spider-Man movie we see what happens after our friendly neighbourhood web-slinging hero is unmasked and revealed to the world as Peter Parker. Unable to separate his normal life from his Spidey life, Peter asks Dr Strange (Benedict Cumberbatch) for help to make the world forget who he really is. But when Dr Strange tells him the mass memory wipe will also affect his loved ones, Peter abruptly tries to stop the spell, which not only doesn’t work but results in the opening of the multiverse.

No doubt, this all leads to chaos.

What does it all mean?! We don’t know. But you’re going to want to be first in line to avoid spoilers because this movie is gonna be HUGE.

Luckily, we have those 10 double passes to give away for pre-release screening events of Spider-Man™: No Way Home, so you can see it before its release on December 16.

All you have to do is tell us in 25 words or less about a talent you didn’t know you had and the tickets could be yours.

WIN: Tell Us About A Secret Talent You’ve Unmasked Recently To Win Tix To ‘Spider-Man: No Way Home’

Good luck! And hey, even if you don’t win, you can still pre-book tickets to be one of the first to see the movie.

Now, get pumped up for the film by watching the Spider-Man™: No Way Home trailer below:

Spider-Man™: No Way Home swings into cinemas on December 16.