US president Donald Trump unveiled a new hairdo over the weekend, and it’s, uh… Slick.

Making an unannounced stop at Virginia‘s McLean Bible Church after a bit of golf, Trump removed his hat to reveal the look, showcasing the entirety of his forehead which is usually shielded by his bizarre ironed toupe look. 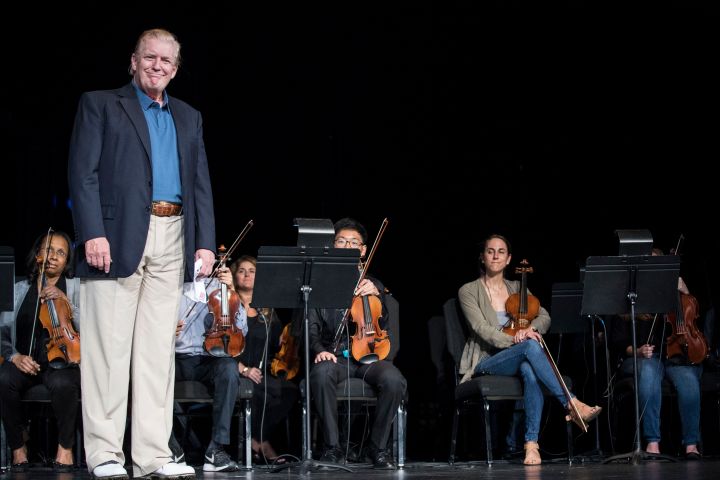 He made the visit to pray for the victims of the Virginia Beach mass shooting which claimed 12 lives.

Now, I understand that this slicked back nightmare is just the result of post-golf hat hair, but if we’re going to compare it to how it normally looks, there’s no denying it’s better. It’s still weird and he should just let his hair go altogether, but judging by photos taken later that day, it’s already back to normal, if you can call it that. 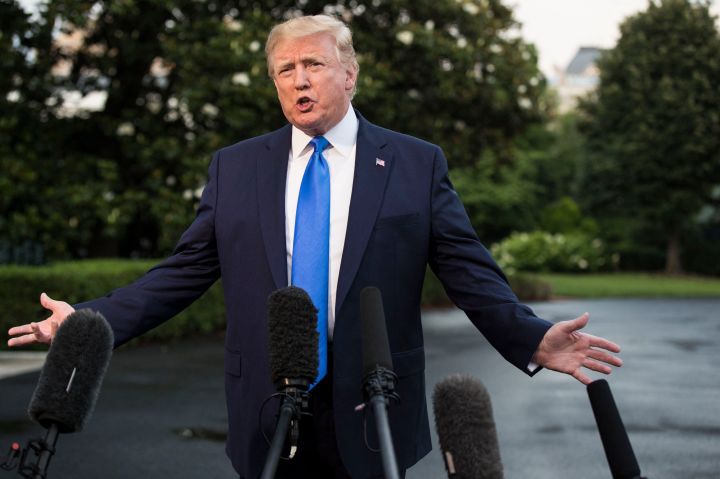 The internet, as it often does, has chimed in on Trump’s look.

natural hair Trump looks like old Biff from Back to the Future 2 and that ruined my whole week and it's only Sunday pic.twitter.com/IsSiWkRV4c

We are on this stage.

Trump looks like a Kingpin in the Irish Mob who's trying to retire in Florida, but someone just murdered his only son. pic.twitter.com/9EYaJZavV3

trumps hair is really freaking me out rn pic.twitter.com/xF3J2ps4lQ

Donald Trump took ALL of the hair from the back of his head & put it on top… to pretend that he didn't go bald. The Emperor may have clothes… but he has no hair on back of his head. #FREAK #Tiny pic.twitter.com/YXPUKu5RwE

But all I see is King Koopa. pic.twitter.com/s9tGg77fSt

Trump with normal hair is the bad guy from every 80’s movie. pic.twitter.com/wJ756fATCD

Bracing myself for someone tweeting that they’d fuck swept back hair Trump, and Twitter being all about that for two days

When Trump does his hair like a normal person he looks like someone who exists in the Road House Universe pic.twitter.com/26ghyEkVW1

Hell, some people don’t even think it’s him.

This is NOT the president. I think this is a "deep fake" video. The hair, look at the hair. Plus, he does not speak. When has Trump EVER passed on an opportunity to speak? I'd be hunting down this church, preacher and congregants if I were a reporter.

Hmm, I dunno about that one, chief.

Trump is expected to arrive in the UK tomorrow where he and his wife Melania will be welcomed by the Queen, the Prince of Wales and the Duchess of Cornwall. Trump will be talking about environmental issues with Prince Charles over tea, which I’m sure will go down as well as it sounds.

If you ask me, Trump should keep the slick going. It’s awful, sure, but it matches his horrible chaotic energy way more accurately.