Netflix welcomes you to the witching hour via the first official trailer for upcoming spooky series Chilling Adventures of Sabrina.

The trailer begins with a haunting voice singing ‘Happy Birthday’ as a cake is delivered to Sabrina’s (Kiernan Shipka) party.

We then see a clip of the Spellman Mortuary which sounds like a pretty cool hangout dontcha think? 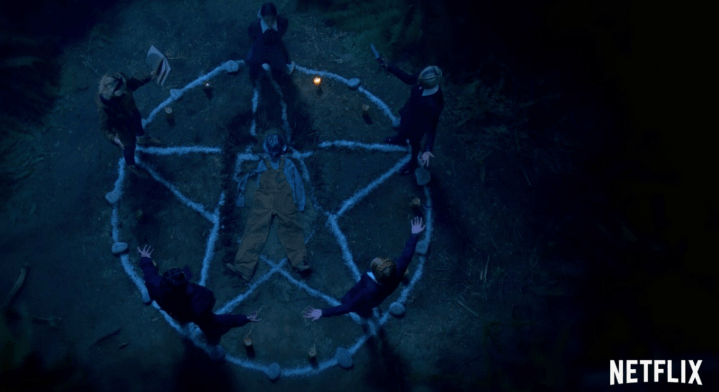 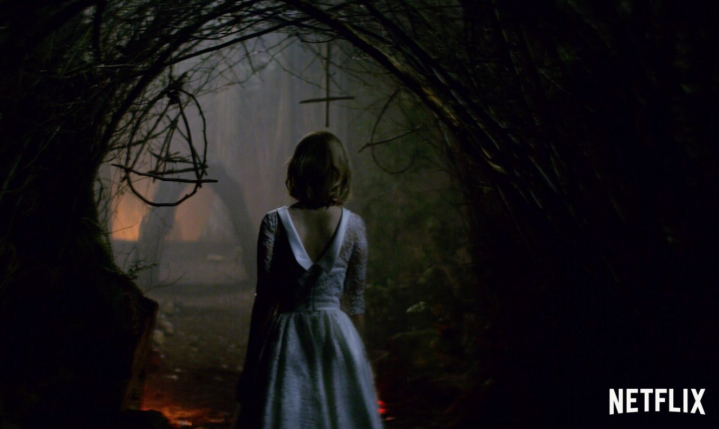 Sabrina appears to have a normal teen life: attending school, making friends, kissing cute boys (ohaiii Ross Lynch as Harvey Kinkle), but interspersed with the clips of her mortal life are hints of the devil, spell books, rituals and lastly Sabrina’s birthday party with freaky AF attendees who can only be seen by the birthday girl and her aunts Hilda (Lucy Davis) and Zelda (Miranda Otto).

The series was written by Riverdale showrunner Roberto Aguirre-Sacasa who also serves as chief creative officer of Archie Comics.

The series premieres only on Netflix on October 26, just in time for Halloween.

Cop the terrifyingly epic trailer below: