Fans reckon that Bindi Irwin has already given birth to her baby daughter, and is keeping it a secret.

The Daily Mail suggest that Bindi’s two most recent photos on Instagram suggest she’s already given birth to her first kid with husband Chandler Powell.

They seem to be two throwbacks, rather than anything that truly gives the game away: one a celebration of a red panda called Ravi, and the other a photo with Chandler’s parents.

In the first, the Daily Mail notes, Ravi obscures Bindi’s stomach. Then, in the caption for the latter, Bindi referred to her in-laws as “Amazing grandparents”, which could be perceived as a big ol’ hint.

Except last month the Powells did become grandparents. Chandler’s brother, Cameron, and his wife, Kristin, welcomed a baby in February.

Bindi also mourned being unable to see Chandler’s parents due to the COVID-19 pandemic, with the Powells based in Florida.

“Missing them during the pandemic and can’t wait to be reunited again,” she wrote.

The Daily Mail also pointed to a lapsed Instagram Story from Wednesday that they think may have been deliberately cropped just above her stomach. 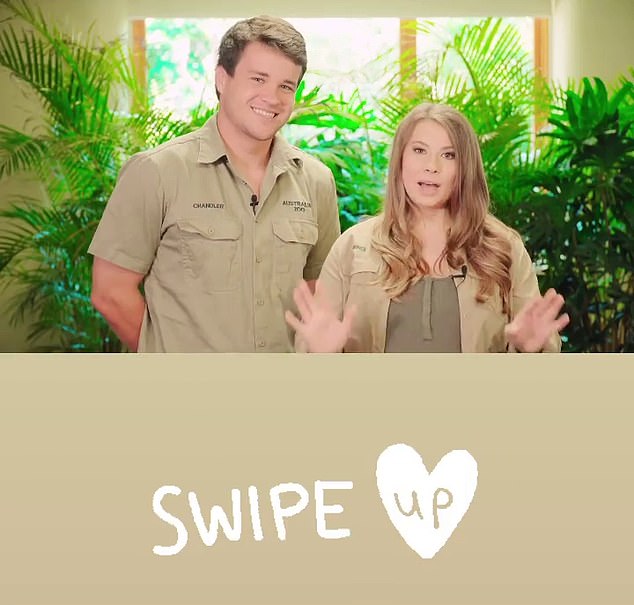 Earlier this week, Bindi shared a photo with husband Chandler Powell, mum Terri, and her brother Robert at Australia Zoo, with her family crowded around her v. pregnant belly. “Waiting for Baby Wildlife Warrior to arrive,” she wrote.

But fans thought that too was potentially an old photo, given Bindi and her family were wearing the exact same outfits in these pap shots from the Daily Mail taken in February.

Grain of salt though: they’re zookeepers. They live in khaki and work boots. Wearing the same socks, shoes and wristwatch on multiple days isn’t exactly novel.

Chandler also shared photos earlier this week with Bindi, along with an adoring caption.

Still, if Bindi and Chandler were posting old pics in order to keep the birth of their daughter under wraps, it’d make sense. Who wouldn’t want to keep their newborn away from paps?

Or the Daily Mail ponder if the couple’s reasoning behind keeping their newborn a secret could be that they’re waiting for a lucrative mag/TV deal for the announcement… Which makes sense, considering the lucrative deal for the wedding…

But surely they won’t be able to keep bub a secret for too long.

The couple announced they were expecting in August, before sharing that they were having a daughter in September. In November, the couple posted about reaching the halfway mark, suggesting a late March/early April due date.

Bindi Irwin and Chandler Powell married in a private ceremony at Australia Zoo amid mounting COVID-19 restrictions in March 2020.

Maybe baby Bindi hasn’t been born after all? Look, we don’t know. Don’t @ me. I personally don’t know either. Bindi and Chandler can let us know when they’re ready.