CONTENT WARNING: This article references graphic sexual themes in addition to other graphic topics including cannibalism. There are also images of a dissected pig.

In the wake of the Armie Hammer scandal, folks have been diving into his social media history and they’ve found a lot of suss tweets and Instagram posts.

The uploads range from photos of a dissected pig to a tweet bragging about his proficiency with knives.

Now, fans have gone through the hashtags he follows on Instagram and brace yourselves for this.

One of the four hashtags is #shibari, a Japanese style of bondage, a.k.a. a form of a kink. There’s absolutely nothing suss about this one, and Armie has been open in the past about his penchant for bondage. It’s one of the other hashtags that has me cringing: #knifeskills.

A woman who claims to have had an affair with Armie Hammer has been sharing screenshots on the Instagram account @houseofeffie (which has since switched to private). In the DMs that were allegedly written by the actor, he says that he wants to “cut off one of your toes and keep it with me in my pocket so I always had a piece of you in my possession”. 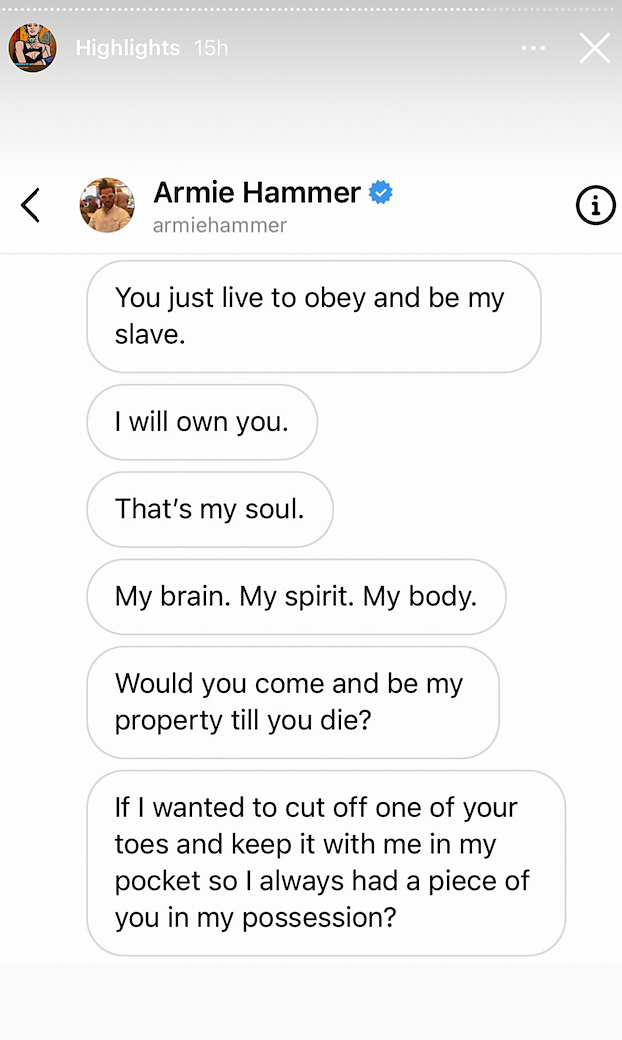 So given this information, doesn’t the fact that he’s been trawling Instagram for #knifeskills posts seem all the more horrifying?

In one tweet from July 2018, Armie boasts about impressing the waiter at a steakhouse with his steak-carving skills.

“Just went to a steak house with my buddy Luca and ordered a bone in steak. Waiter asked if I would like him to cut it front the bone,” he proudly tweeted. “Immediately took it from him and deboned it quickly. He asked me if I worked in a kitchen and I’ve never been more proud in my life.”

Just went to a steak house with my buddy Luca and ordered a bone in steak. Waiter asked if I would like him to cut it front the bone. Immediately took it from him and deboned it quickly. He asked me if I worked in a kitchen and I’ve never been more proud in my life. #sorrykids

Back in 2015, Armie Hammer shared some alarming photos of a dissected pig and it’s A LOT. Like, way too much for Instagram.

I don’t know how people weren’t suss on him back then after seeing these: 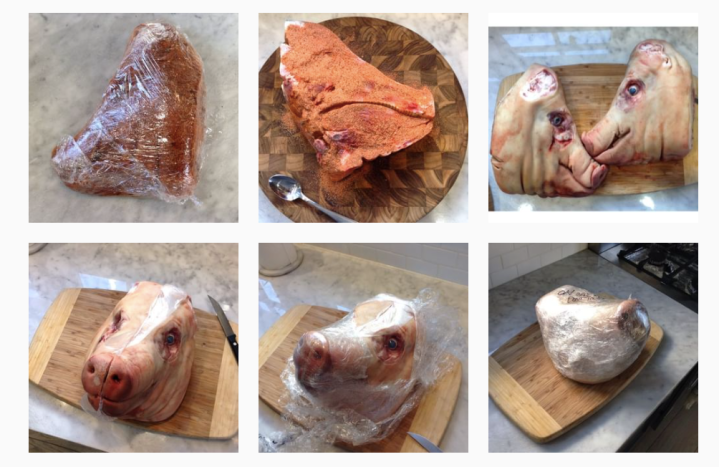 Yesterday, Armie Hammer pulled out of upcoming film, Shotgun Wedding, alongside Jennifer Lopez and made his first statement about the controversy.

In a statement released to Variety, Hammer said he will not address the “vicious and spurious claims”, but simply needed to spend more time with his family in light of them.

“I’m not responding to these bullshit claims but in light of the vicious and spurious online attacks against me, I cannot in good conscience now leave my children for 4 months to shoot a film in the Dominican Republic,” he said.

“Lionsgate is supporting me in this and I’m grateful to them for that.”