According to Mess + Noise, the free live show will be held at The Prince Bandroom this Sunday 17 July.

S.Mouse, who is behind fictitious hits including “Poo On You” and “Grandmother Fucker”, has drawn criticism because Lilley performs the character in blackface; but according to the results of a survey we ran last week on the topic Does Chris Lilley’s S.Mouse Offend You, the majority of people are more offended because the character is shit. Results: 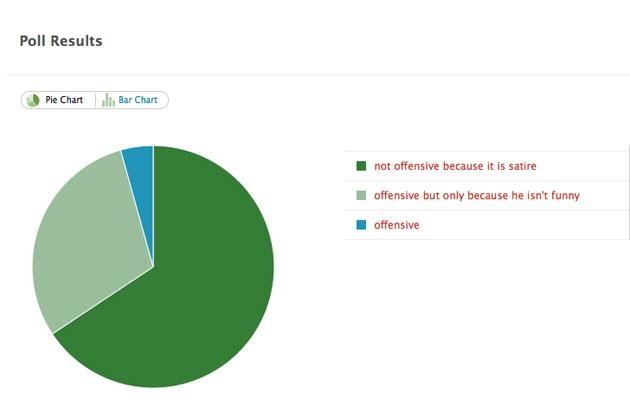 All information regarding how to register for tickets to S.Mouse Live will be screened after this week’s episode of Angry Boys on Wednesday 13 July at 9pm on ABC1.