Our Morning Editor Road-Tested Classic Instant Coffees Just To Feel Something, Anything

It all started when I called Blend 43 a war crime.

Either impressed or startled by my coffee consumption, PEDESTRIAN.TV’s Melbourne manager, Cam Tyeson, asked me which brand of instant coffee he should buy to replenish our office supply. I don’t tend to drink much instant – I long ago convinced myself that owning an AeroPress is a substitute for having a personality – so I told him that Moccona would do just fine. Yes, I may have had some strong words for Nescafé’s finest, and yes, I cemented my reputation as the office pedant, but I didn’t expect him to suggest I taste-test Australia’s most popular instant coffees to back up my beliefs. 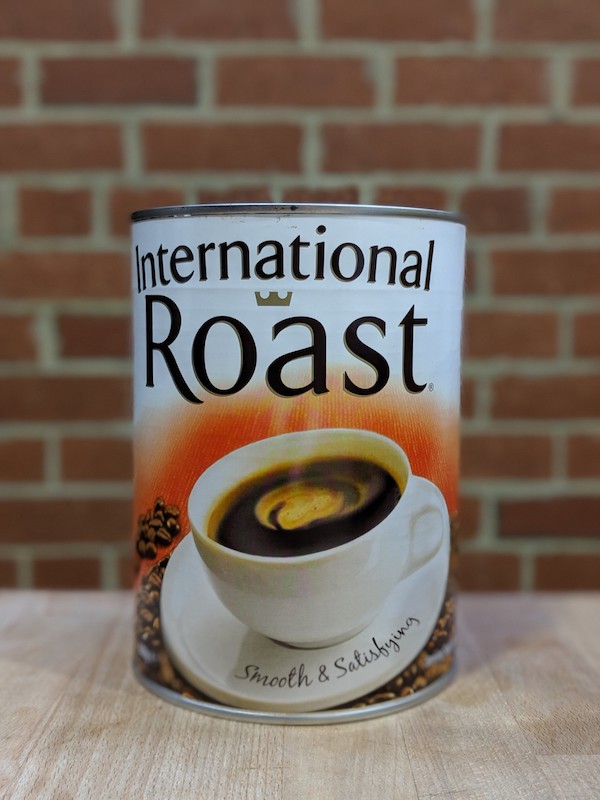 Too bad it doesn’t taste very good. Its toasty, caramel aroma hides a weak, bitter flavour. My colleague Louis Costello, who I roped into this miserable experiment, said it tastes like something served at Alcoholics Anonymous meetings. My thoughts travelled the same dark corridor: this is a coffee best enjoyed under a single swinging lightbulb while under enhanced interrogation. You do get 333 cups per tin though, so that’s nice.

Compared to my Stockholm Syndromic appreciation for International Roast, there’s little I find appealing about the concept of Lavazza’s instant coffee, Prontissimo! Classico. Their ground coffee is fine in a pinch, and their capsule range is no worse than any other on the market, but I don’t think any instant coffee should ever position itself as the “fancy” alternative. If you’re drinking instant, it’s because the circumstances of your life have aligned against you in ways you may not yet recognise. It is, after all, a substitute, a memory of the coffee you could be having, the reconstituted remains of a real coffee that was brewed, freeze-dried, and packed into an airtight container on the other side of the planet.

I think Prontissimo! Classico is pretty alright, though. I was tickled by its herbal aroma, and the fact each granule is weirdly geometric. Those tiny rhomboids dissolved into a rich brown brew, which Louis promptly spilled on his shorts. He rated Prontissimo! Classico’s ability to stain clothing very highly. 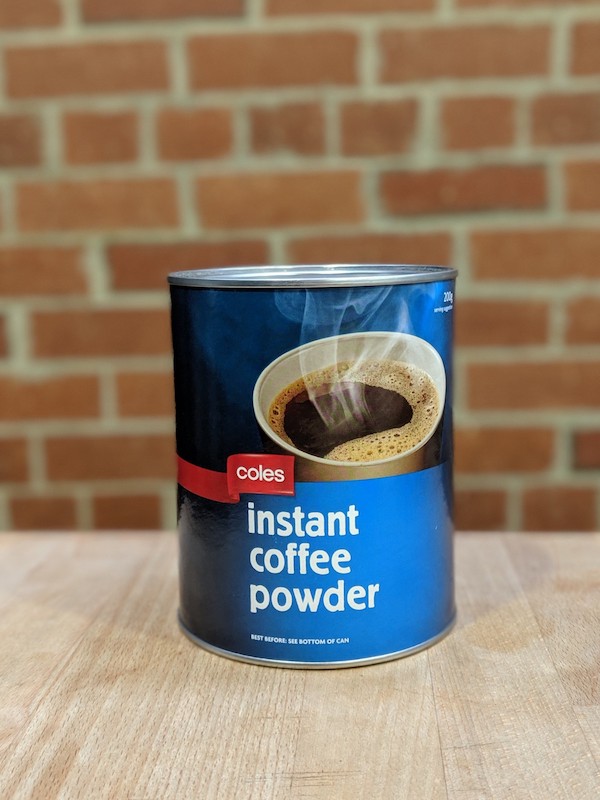 In one of the surprises of the afternoon, Coles’ Instant Coffee Powder proved itself one of the most palatable instants on the market. I was moved by its trenchant refusal to be anything but an affordable caffeine-delivery system. Its functionality is reflected in its ingredients list, which bears one entry: “Instant coffee.” Like it’s saying, “And what are you going to do about it?”

My tasting notes say I detected notes of Turkish delight, but I think that sweetness would more accurately be described as licking the inside of an Allen’s lollies bag long after the Party Mix is over.

Louis didn’t vibe on it though, saying this one reminded him of an AA meeting under an airport. “This is what I’d drink when I’m hungover because I don’t deserve the good stuff,” he said. Maybe I’m just in a perennial state of self-loathing, but that’s probably one for my therapist and not the innocent readers of an instant coffee review. 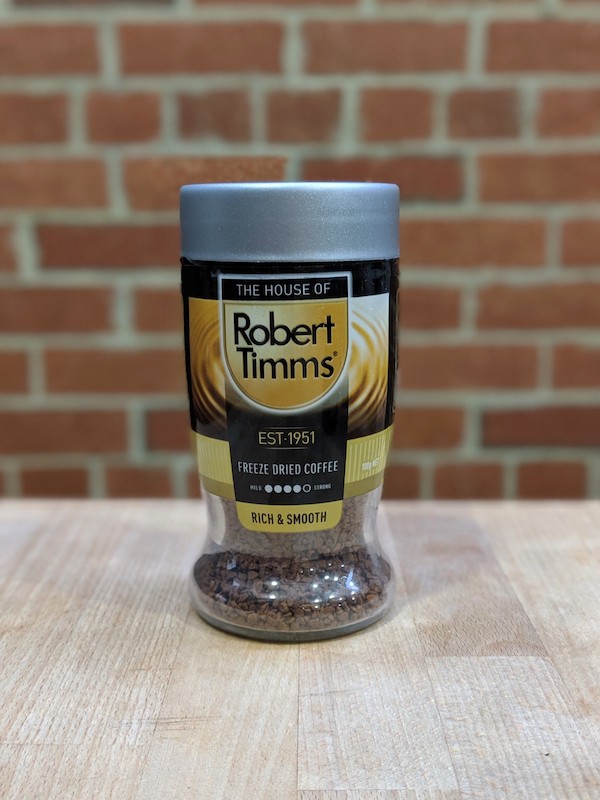 None of the notes Louis or myself compiled on this coffee are fit to publish. We actually called it a day after this one. My official response is “No comment.” 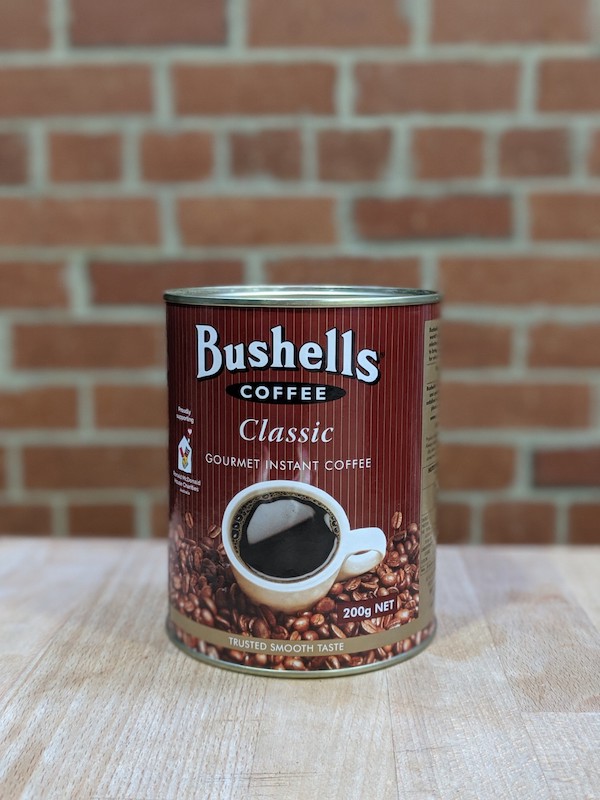 Another day, another palatable cuppa. Bushells Classic is remarkably similar to Coles’ offering, from its tiny, glistening granules, to the batch numbers stamped on the underside of its identically-sized tin. Given the fact Bushells Classic was my first coffee of the afternoon, I found it quite enjoyable.

Music and Culture editor Courtney Fry jumped in to taste-test this one, noting “It smells like cigarette butts.”

Bushells Classic has a bittersweet aftertaste, a totally unremarkable mouthfeel, and all the makings of an Australian cupboard essential. It is what is is. Until I can prove Coles Instant Coffee isn’t the exact same thing, I think this is my new my go-to instant coffee. 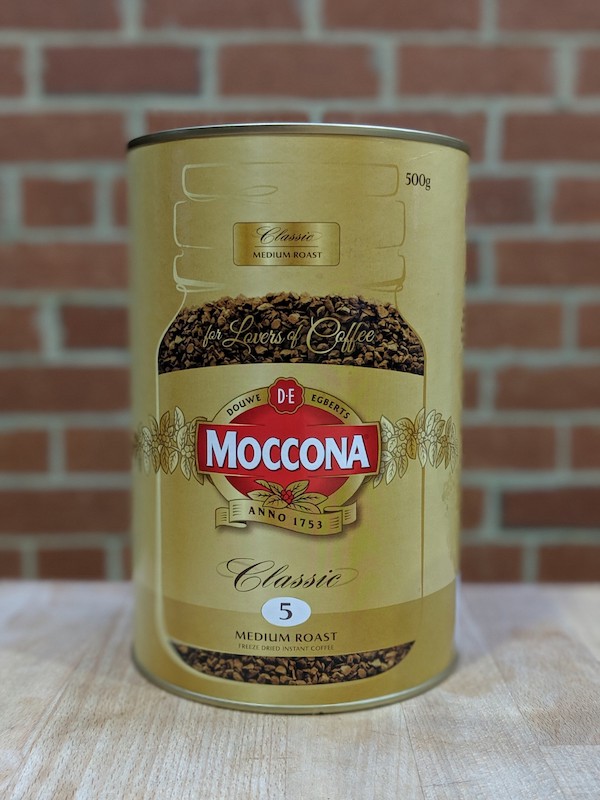 But what of Moccona, the coffee I suggested to Cam in the first place?

Courtney said it smelled of coffee liquer, but not of coffee per se. I’m inclined to agree. It has a sweet, rich aroma, but that’s not backed up in its flavour whatsoever. This was the jar Cam actually bought for the cupboard and was half-finished by the time I got to it, meaning it had plenty of time to absorb the intrinsic dustiness of its surrounds. Thin and weakly astringent, Moccona Classic is unpleasant but not wholly undrinkable.

Perhaps my belief that Moccona is an office must-have was clouded by childhood memories of glass Moccona jars repurposed as spice canisters. Those warm thoughts of home were not entirely reflected in my mug, but if a cup of coffee could really take me back to a time of hope and innocence, I’d be too busy mainlining that shit to even write about it. 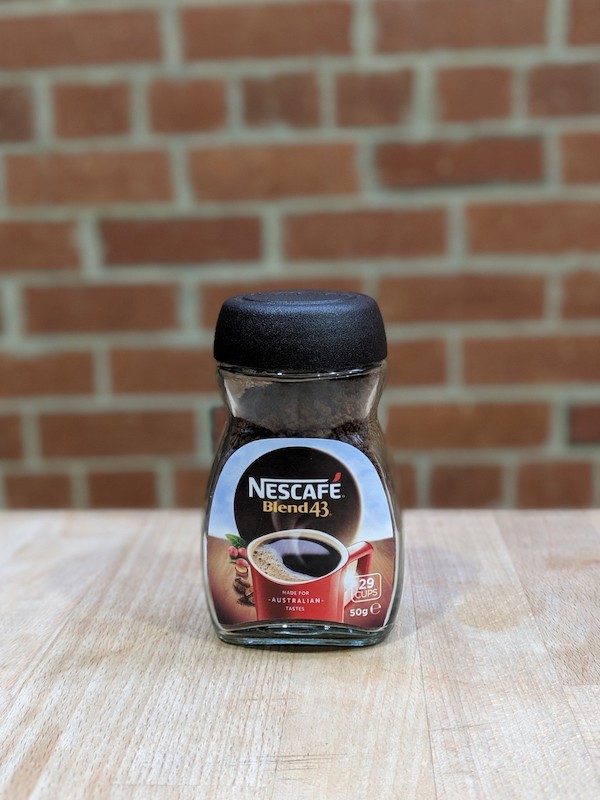 What, were you expecting some kind of divine intervention here? Did you anticipate that after my trials and tribulations, I would crawl back to Blend 43, begging forgiveness from the instant coffee? Fuck no. Blend 43 is dire. Even ripping off this jar’s foil seal – and you will notice I purchased the smallest jar available – sent a puff of acrid burnt rubber straight up my nose.

READ MORE
Joaquin Phoenix Used Part Of His Best Actor Speech To Get Real Weird About Milk
READ MORE
Just Gonna Say It: Vodka Soda Is The Runt Of The Family