CGI has come a hell of a long way over the years. Comparing the early days of movies like Toy Story to the bullshit-good realism achieved today is pretty staggering.

That being said, we still have a little way to go to push through what is referred to as the Uncanny Valley, or more colloquially, when things look almost real enough to trick us, but are still comparable to a lifeless corpse, resulting in a reaction of repulsion. 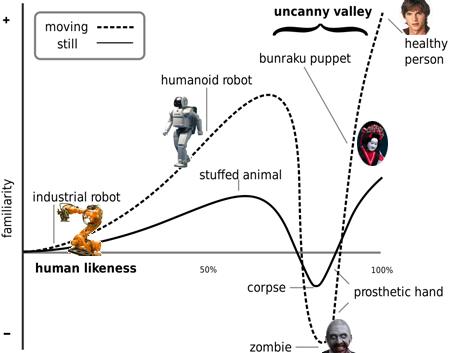 A good example of something from the depraved valley of human likeness, is this unsettling CGI animation set entirely in a mens bathroom ironically named, The Normals.

Created by CGI specialist Liam Kemp, the video details one awkward unit’s struggle with the middle urinal. I’d also like to flag that one of the characters resembles a full grown human baby. 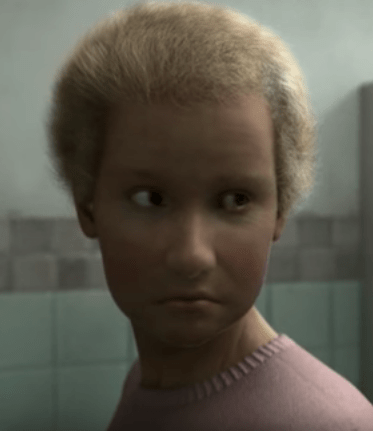 What’s even more unsettling, is the early footage created by Kemp, which was uploaded to YouTube 8 fucking years ago. The created character since went unused until commenters asked why it wasn’t further developed.

While we’re definitely emerging on the side of the Uncanny Valley, there’s something about these videos that still creates all sorts of creepy vibes. If we were to take a punt, we’d say it’s the hyper-realistic movements and actions, all of which were key-framed, modelled and textured by hand.

The neck system alone took Kemp 4 months to develop. “The platysma muscle’s fibres in the neck each contract individually and independently, being driven in part by the contractions of other muscles around the mouth. They flutter and flap very lightly under the strain of a held facial expression, but these details are barely noticeable, and that is the way they should be. As for the eyes, oh god, don’t get me started,” he told The Independent.

Our biggest question about the clip? Someone beat us to it.