Huawei recently announced its latest flagship device, the P30 Pro, with a heavy focus on its cameras, claiming they are the best of any smartphone in the world.

While it may seem like just another flagship launch, in reality, the P30 Pro is the most important device the company has ever launched. Not just because it needs to sell a lot of them, but because the P30 Pro needs to be the company’s good-will product which builds a rabid fanbase behind it.

Huawei needs this fanbase to put pressure on the US, Australian and New Zealand governments to allow its mobile providers to use Huawei’s tech for their upcoming 5G networks, which those governments have currently banned.

It’s pulled out all stops for it, too, bringing almost 2,000 people – mostly media – from around the globe to the P30 Pro’s launch event in Paris. All these people were welcomed with a video by key executives from some of the world’s largest telcos, including Vodafone, Spain’s Telefonica and France’s Orange all singing praise to Huawei’s mobile network technology and its importance to their future.

It’s clear that this P30 Pro is more than just another flagship device for Huawei, which means it has to be more than excellent to achieve what Huawei’s after.

We’ve had the P30 Pro for a few days now and have been able to experience it around Paris, testing out its new cameras, giving its battery life a run, and trying out Huawei’s new EMUI interface over Android 9.

Huawei’s slightly updated its EMUI with the P30 Pro, tweaking its gesture interface and re-introduced a feature I personally loved: the double tap to wake up the device.

The gesture interface, which allows you to swipe from the edges to navigate around the device rather than using the back or home buttons down the bottom, is significantly improved from last year’s P20 Pro, which used its gestures on a capacitive button below the screen.

If you’re familiar with the iPhone X series’ device gesture interface, you’ll pick up Huawei’s pretty fast. My only issue with the interface on Huawei’s is not to do with the software, but rather, the curved screen edges of the P30 Pro make it hard to swipe backwards on the left side when you’re using it with one hand.

The rest of Huawei’s interface feels like a bit of mash between iOS and Google’s take on pure Android, which is fine, however, pure Android is still nicer to use. It has all its apps across multiple screens like the iPhone, rather than a typical Android drawer style, as well as some built-in widgets for weather, your calendar and a few others.

Huawei’s trying hard here to make the P30 Pro feel familiar to potential iOS users, however, it gets a little confused sometimes with inconsistent user elements while still trying to cater to the Google crowd.

At the end of the day though, the gesture interface is mostly easy to use, and everything else can be replaced with default Google apps or whatever you prefer to make it exactly how you want it. Which is, of course, the beauty of Android devices.

Now, this is the real selling point. Huawei has been very bold with claims around the P30 Pro and what it can do in both low light and using its periscopic 5x optical zoom lens. Its full camera specs for its multiple lenses are as follows:

Walking around the streets of Paris in both day and night gave us a good chance to look at the camera and see just what it can do.

We’ll start off with just a regular shot of this cool blue basketball court we found, showing off the P30 Pro’s colour range. The blues in this pop really nicely, and I love that the detail of the buildings in the background is still there. 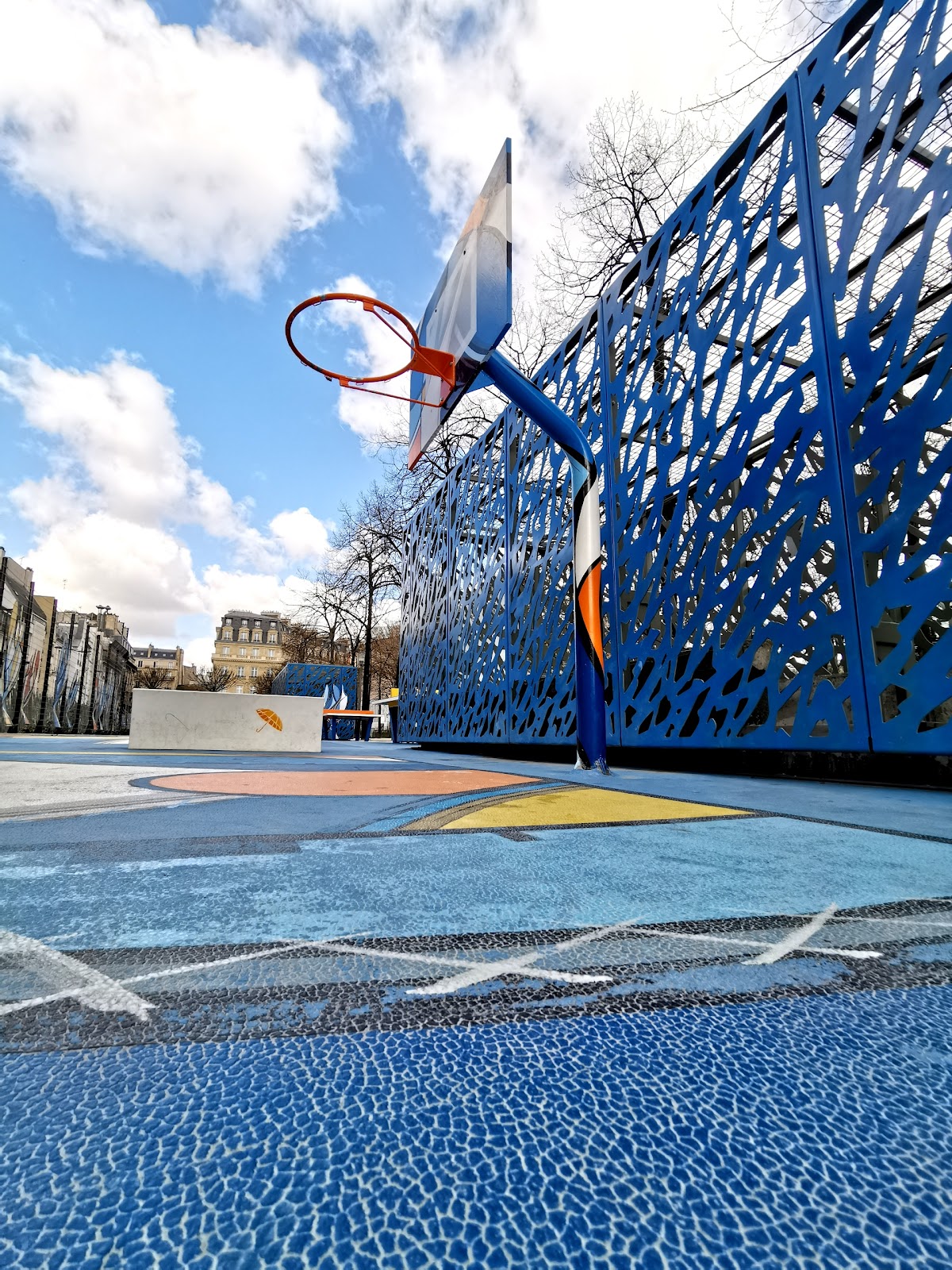 Personally, I think ultra wide-angle lenses are best suited to landscape and mountain shots, so I didn’t test it all that much through Paris, however, I did get this great shot of the Louvre. 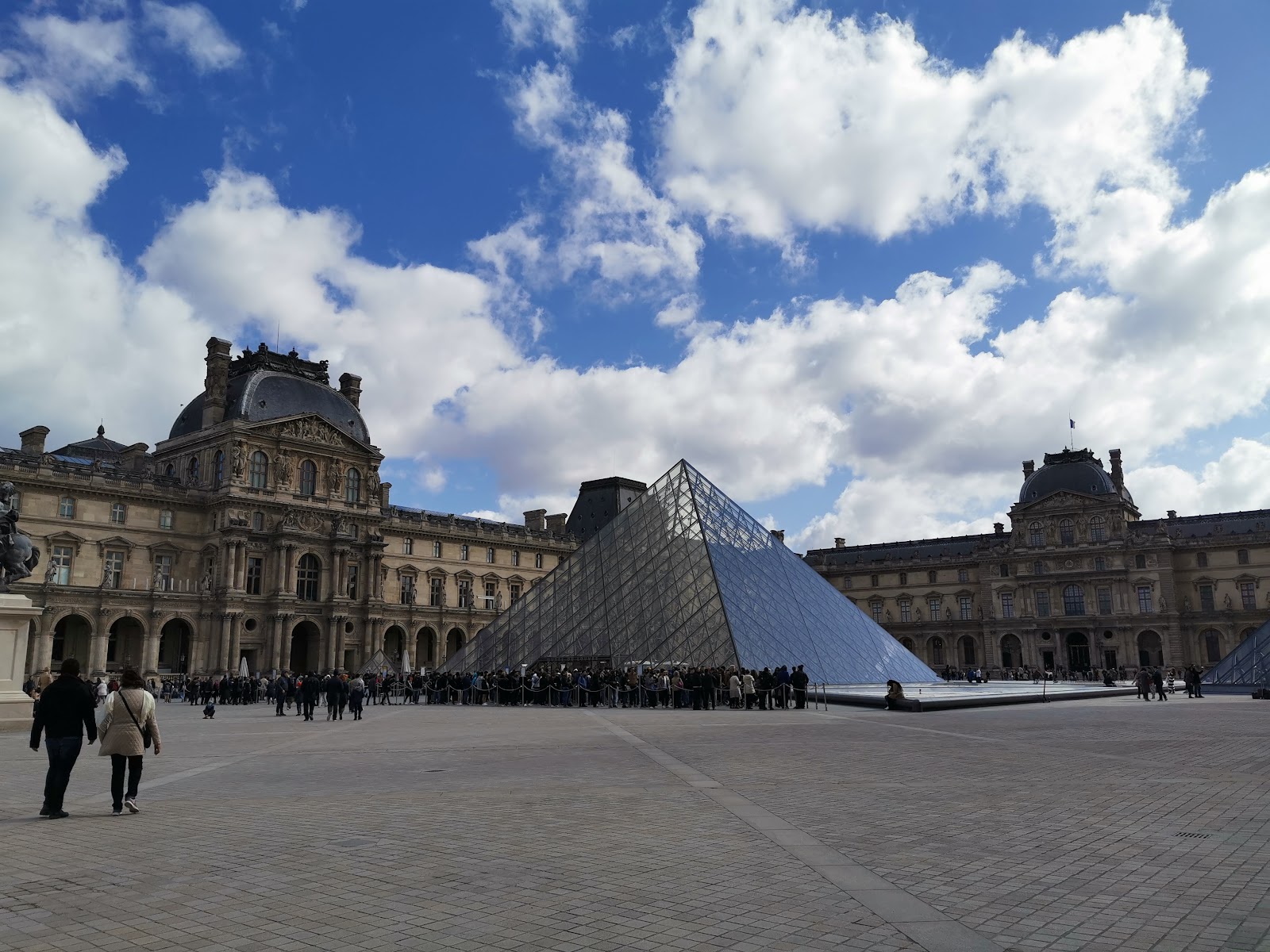 Of course, one of the key features of the phone is its new 5x optical zoom lens. After a bit of a run with it, this very quickly became my favourite part of the camera. Below, see some shots of the Eiffel Tower taken with the regular lens, followed by the same photo with the 5x lens. The third shot is using the 5x zoom with that cool bokeh portrait effect, which I loved doing with this lens. 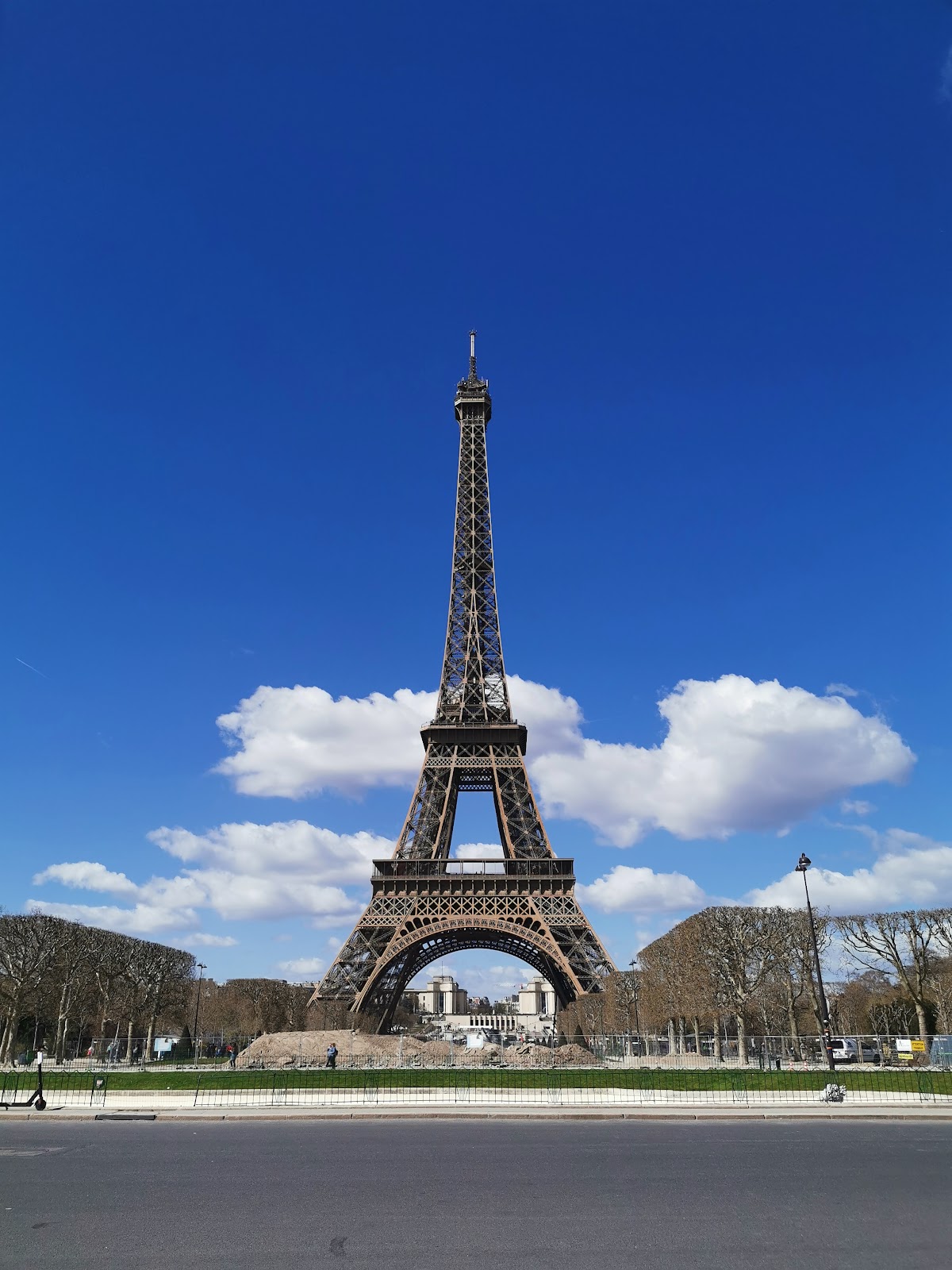 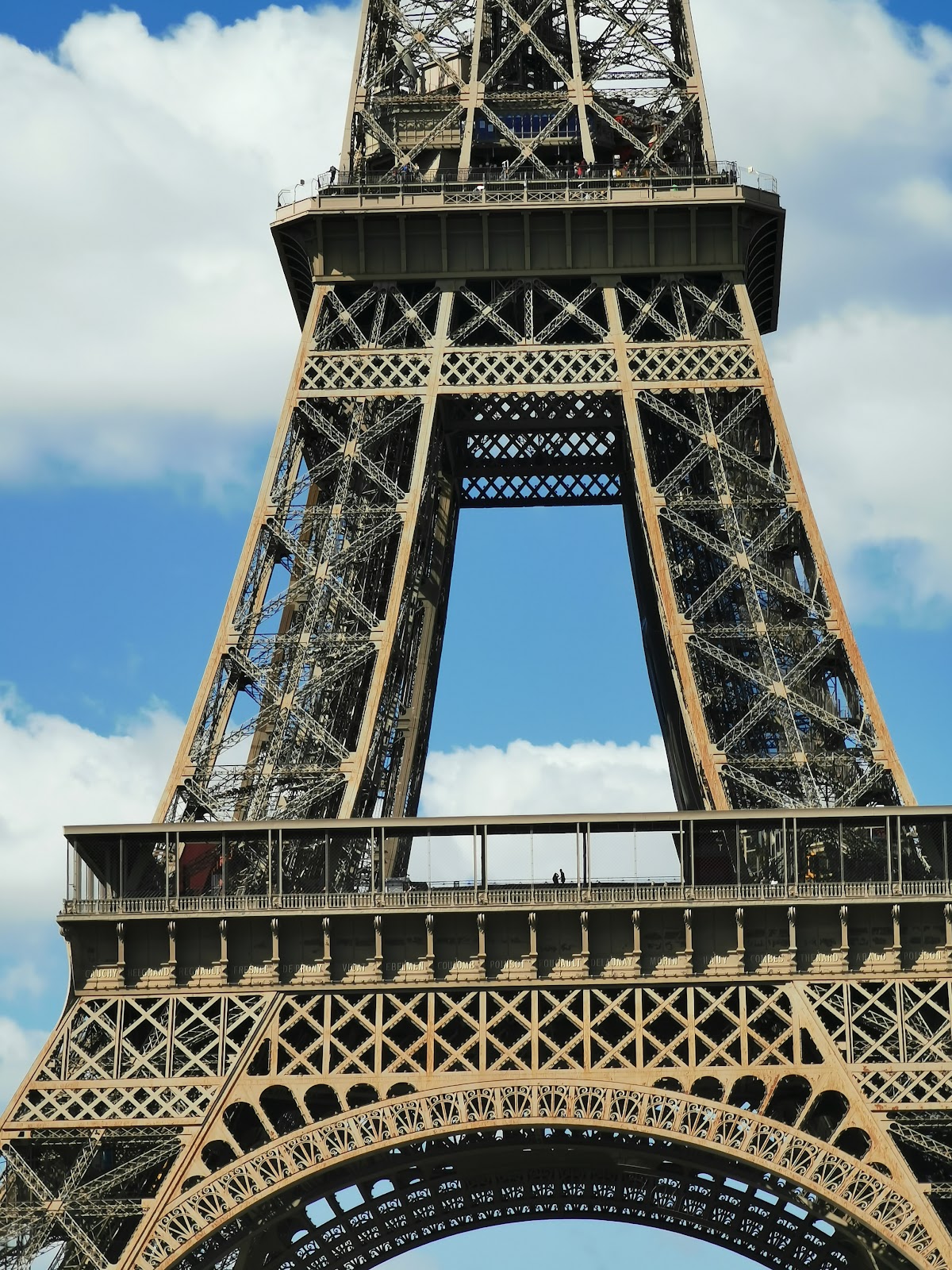 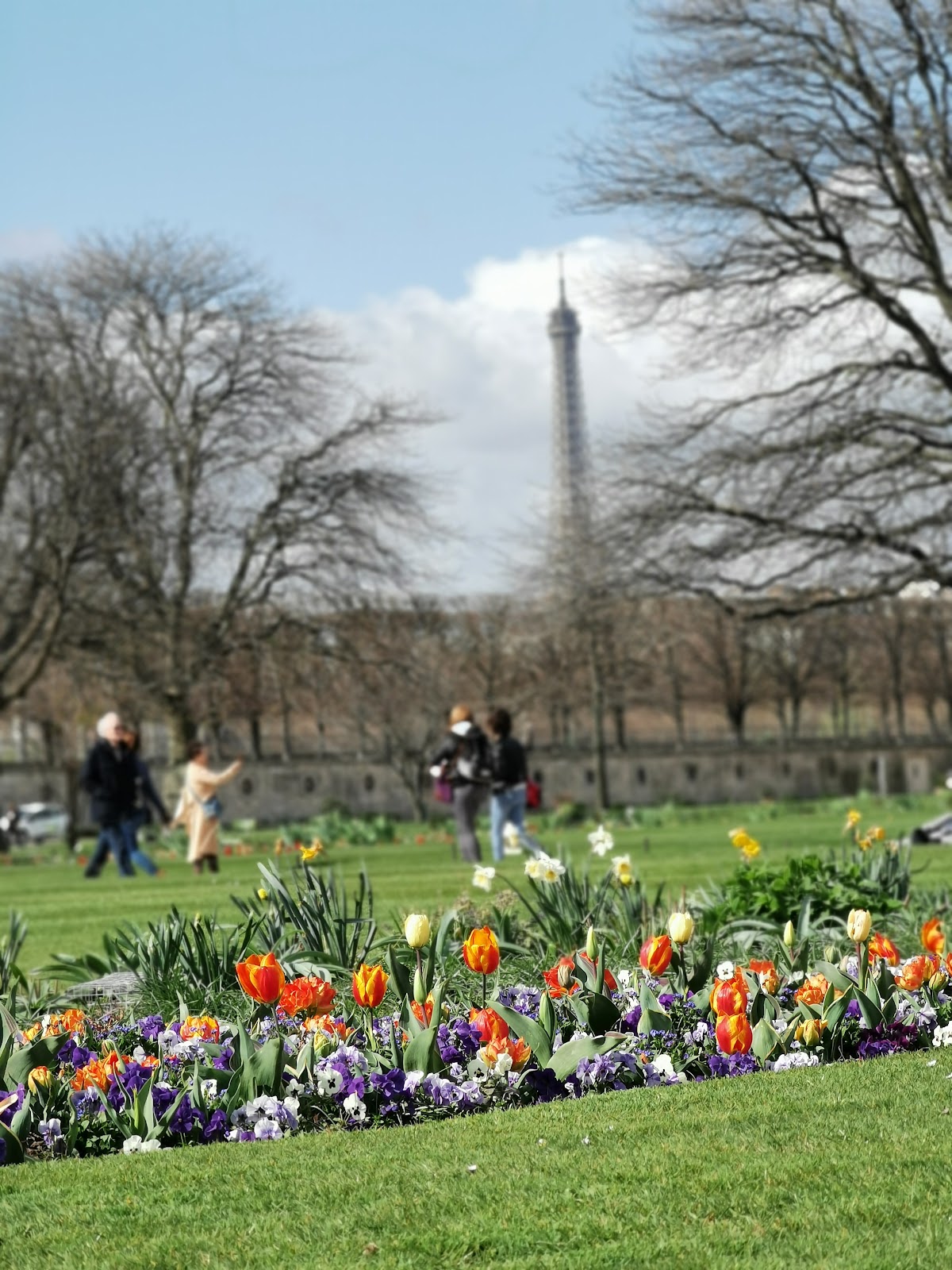 And finally, here are a couple of low-light nighttime shots of the Louvre with both the regular lens – which Huawei says is 4 times as sensitive as its nearest competitor – and also its ultra wide-angle lens in night mode. Both are extremely impressive considering they were taken at almost midnight. 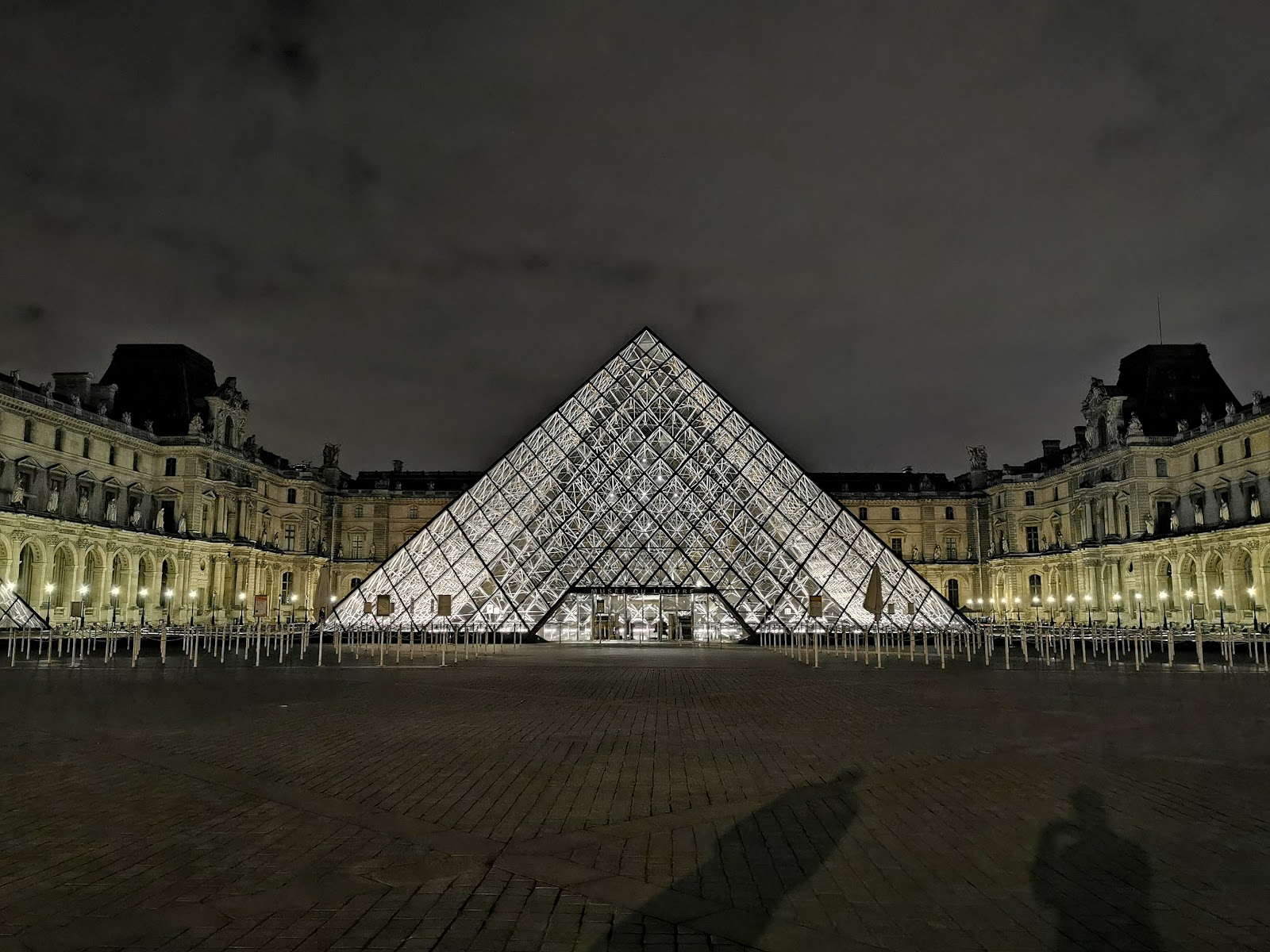 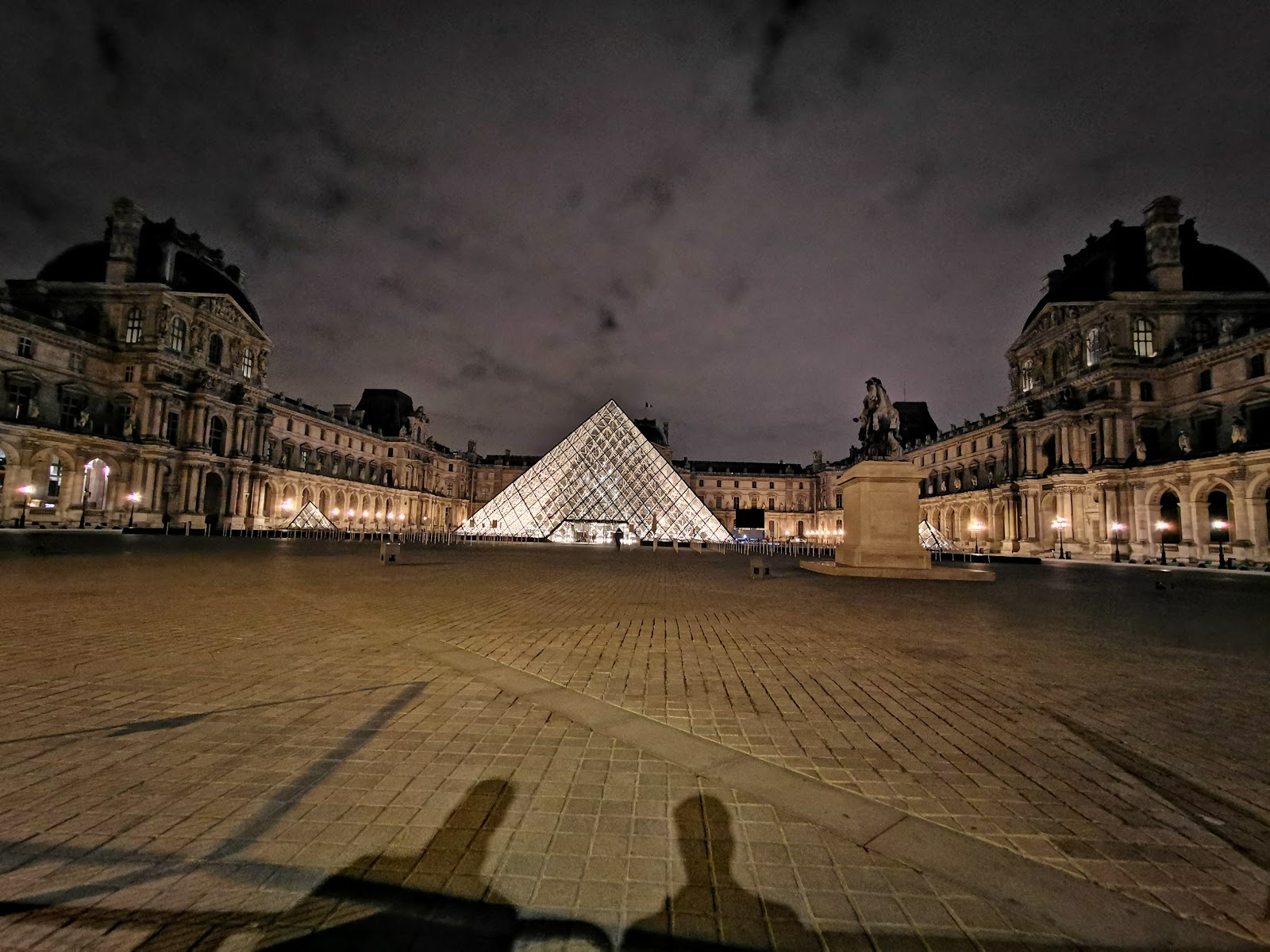 Is it good enough?

The P30 Pro is an interesting phone. Its gesture interface has greatly improved over last year’s P20 Pro but it still lacks the intuitive nature of Apple’s devices. However, if you enjoy taking photos on your phone, the P30 Pro, even from just my early testing, clearly outshines the competition and allows you to produce photos you couldn’t even dream of with your iPhone or even Samsung’s latest Galaxy S10+.

It also appears that the battery is fantastic, with a full day’s use including dozens of photos, I still had 40% battery left when I went to bed. That’s definitely not definitive after such a small time, but it’s a positive start.

It’s a little hard to give it a definitive rating after just a few days, however, the early indications are very impressive, particularly on the camera side. When you compare it with the Galaxy S10+, its interface is about as good, while Huawei’s camera blows it out of the water in low-light and zoom.

If you’re interested in the Huawei P30 Pro, pre-orders are no open at JB Hi-Fi, Kogan and all major carriers, which also come with a bonus Sonos 1 speaker.