Apple has announced its new range of iPhones for the year, folks, and I’m out here at Steve Jobs theatre soaking up the atmosphere first-hand. Yes, it’s as every bit wild as it looks.

No surprises, the new devices are simply called the iPhone 11 and iPhone 11 Pro and look pretty much exactly like the recent leaks suggested they would. They have the same form-factor as the X series, notch included.

The iPhone 11 has an aluminium and glass body and come in six new colours, including black, goldy yellow, red, a light green, a pinky purple, and white. The Pro is more luxe than the 11 and has the rumoured three-camera system on the back. The latter comes in surgical-grade steel in four colours – space grey, silver, gold, and midnight green. 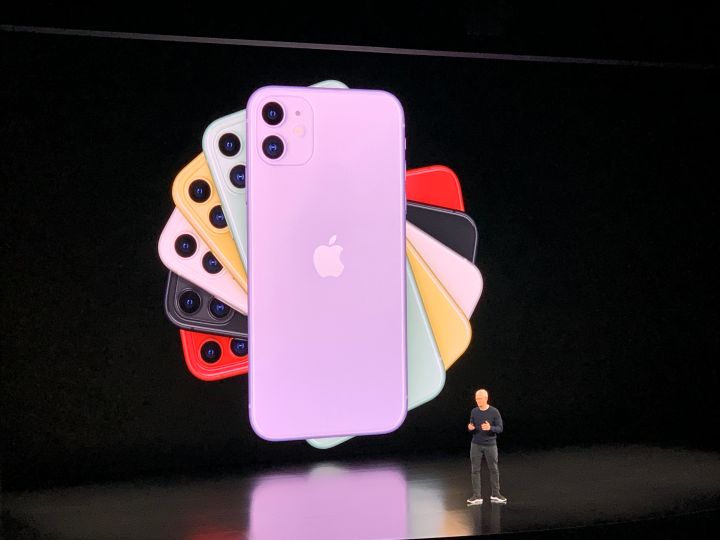 Of course, it wouldn’t be a new iPhone if it didn’t come in a bigger size option, so there’s the iPhone 11 Pro Max, which is one helluva name.

The 11 has a 6.1-inch Liquid Retina display while the 11 Pro starts slightly smaller at 5.8-inches, and the Pro Max is the largest at 6.5-inches.

All models have spacial audio, which can make the sounds coming from the speakers sound eerily directional. But the strongest aspect of each model is its cameras, particularly on the 11Pro. 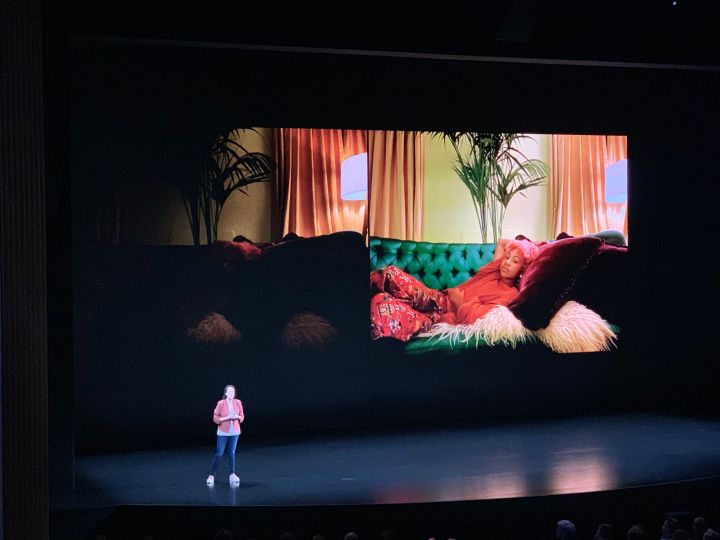 You’ll also be able to take videos by simply holding down the photo button rather than having to flip the slider over, which, to me, is convenient as fuck. On top of that, slo-mo has been added to the front-facing camera, enabling a whole new kind of selfie – the slofie.

All models pack the new A13 Bionic chip, which is capable of a whopping one trillion operations per second.

In terms of the Pro’s battery life, you’re looking at about 4 hours more than the iPhone XS, so you should get a decent day out of it. The base iPhone 11 model will still get an extra hour on the iPhone XR. 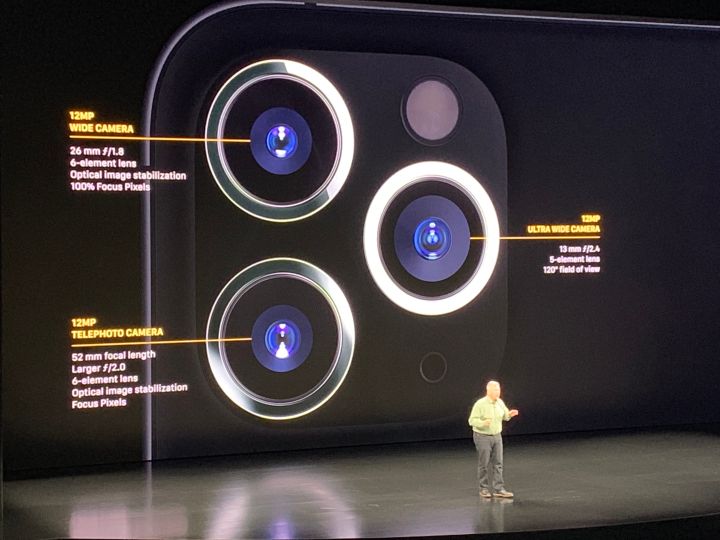 In summary, the iPhone 11 Pro and Pro Max are a photographer’s wet dream, and the iPhone 11 is a pretty standard update on its predecessor. Both are available to pre-order from Friday the 13th of September at 10 pm AEST and will ship from September 20.

On top of all of the new iPhone gear, Apple also showed off more of Apple Arcade and Apple TV+, including the pricing for each, which is way cheaper than I think anyone was guessing. Each one will set you back $7.99 for family access in Australia.

Oh, there’s a new iPad too if that’s something you’re into. It packs the new iPadOS rather than just running on iOS. And If you buy a new device, you’ll get a year of Apple TV+ for free.

And of course, there’s a brand new Apple Watch, which features an always-on display while maintaining the same 18-hour battery life, which is pretty wild, to me.