Last night Sarah Murdoch announced 18-year-old Montana as the winner of Australia’s Next Top Model series for 2011. It was the second time the public has been responsible for choosing the winner via vote and, like last year, they/you chose the best girl, hands down.

Sarah Murdoch avoided the infamous cock-up from last year’s finale (in which she announced the wrong winner on live tv), and eschewed an earpiece feed of the winner announcement and just read it off an envelope. As a result the show ran really smoothly with the exception of Short Stack’s hair.

Montana’s prize includes a trip to New York to meet with agency Next Models and a cover spread in the December issue of Australian Harper’s BAZAAR. The issue hits stands on 14 November.

Take a look at Montana’s cover below. She’s got a bit of a Vanessa Paradis vibe going on here, no? 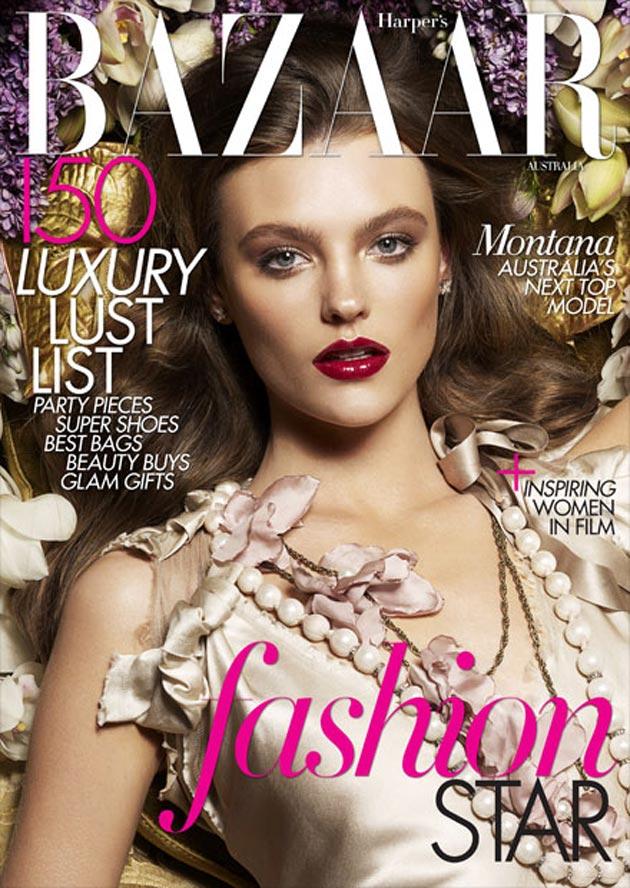