How many dudes do you know who just “have” hair? They don’t do anything with it. They let it grow into bizarre, all-over-the-place messes and then complain for a million years about how it doesn’t “sit right”.

If they do get it cut, they either do it themselves or go to any shop that says “hair cut” on the front and ask for either a buzz cut or a fade, which is why 90% of the guys in Australia have the same hair, no matter what their hair type or head shape.

I wanted to show all you P.TV reading dudes how a proper haircut from a talented hairdresser can legit improve your life, so I sent two blokes I know – one with long, luscious locks and one with the standard “boy” short haircut – to the epic team at RAW Hair in Surry Hills. Here’s their thoughts. 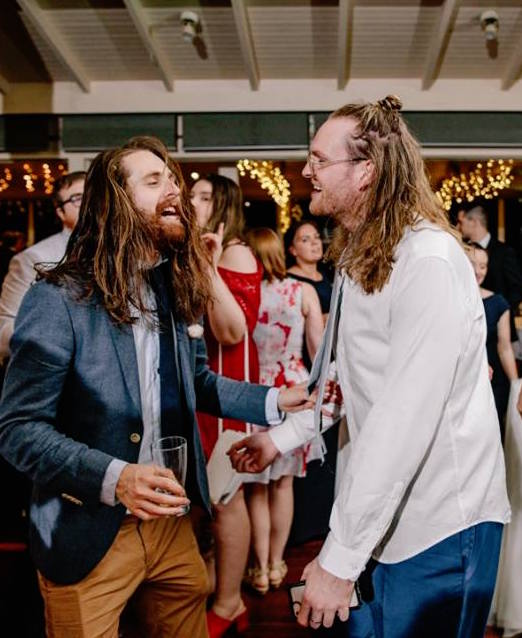 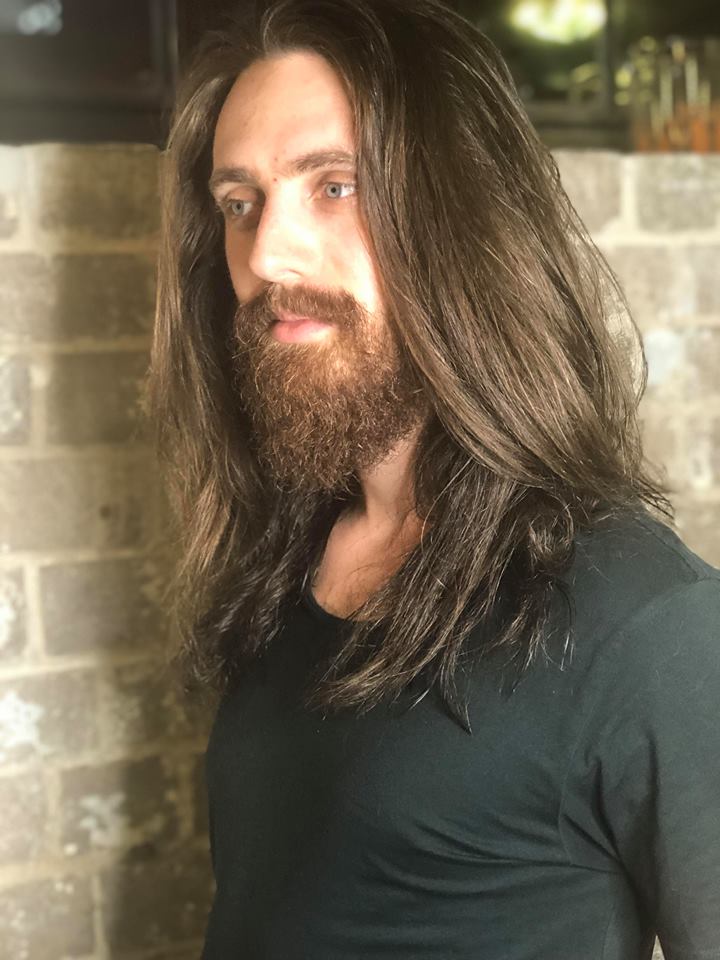 I sent Aaron for a haircut because I am fairly sure he hasn’t had one in the entire year I’ve known him. This is pretty common for guys who grow their hair long – the theory is, if you don’t need to make it shorter then you don’t need a trim, right?

Wrong. The thing is, long hair needs maintenance just like short hair does. Layers add body and keep the “triangle” look at bay, while snipping off split ends will keep things from looking scraggly.

Aaron was understandably nervous about having a serious hairdresser go at his hair.

I’m pretty attached to my hair (zing) and I was a bit nervous going into this because I just wanted to keep my hair long. I never want to go back to semi-long hair. When I was growing it out is there was this weird stage in the middle where it wasn’t quite long enough and I just looked like a massive tool.

The thing is, as long as you specify to your hairdresser that you want to keep a certain length or “feel” for your hair, they’re likely to respect your wishes. After all, their entire job is to give you a cut so good you want to come back. So of course, Aaron’s cut turned out exactly how he wanted it to.

They took a bit off and styled it. To be honest, he told me exactly what he was going to do but I zoned out a bit. All I know is that it feels like it’s roughly the same length but it looks much better. Before it was all just kind of like one big tangly mop. It is much less mop-like now. It feels heaps lighter and it sits better on its own. They also did some treatment stuff on my hair which is I think why it feels so nice now. I just keep stroking it.

I used to have to put it in a bun a lot of the time because it was getting in the way or just looked a bit ratty, whereas now it just flows freely. It doesn’t get in my way as much and I can just kind of leave it out without having to constantly adjust it.

Would Aaron visit a fancy hairdresser again for a cut?

Man, it’s worth it just for the head massage they give you when you get your hair shampooed. I almost fell asleep during it. But in all seriousness, I’d definitely go to a fancy place again. I normally just find cheapo places around work to cut my hair. I don’t really see myself spending heaps on my hair so maybe I wouldn’t get a spenno haircut every time, but I could get one in between dodgy chops. 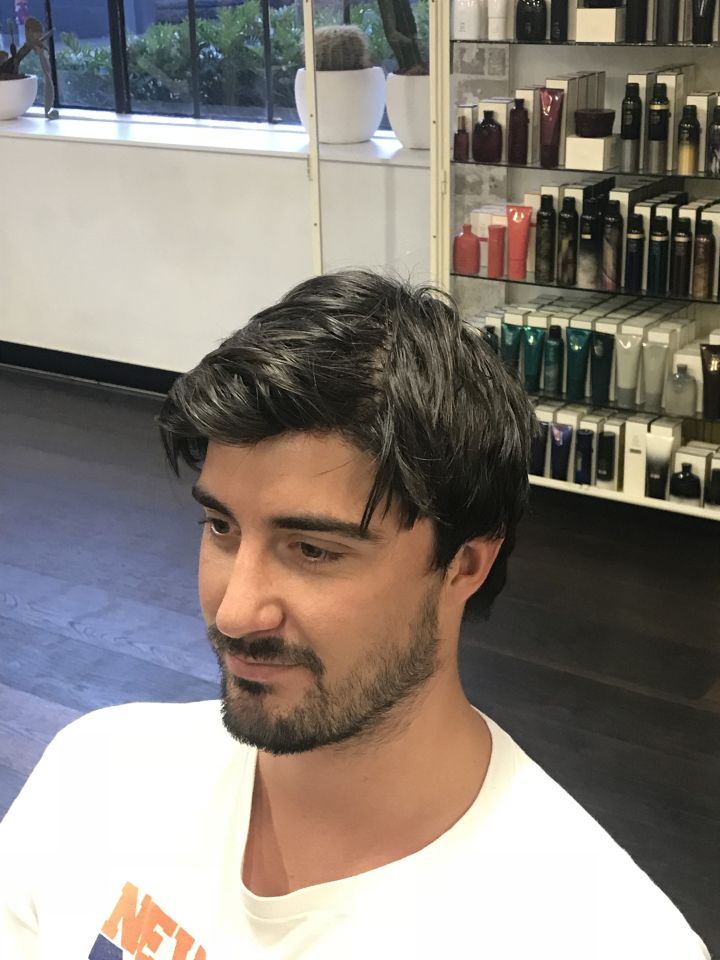 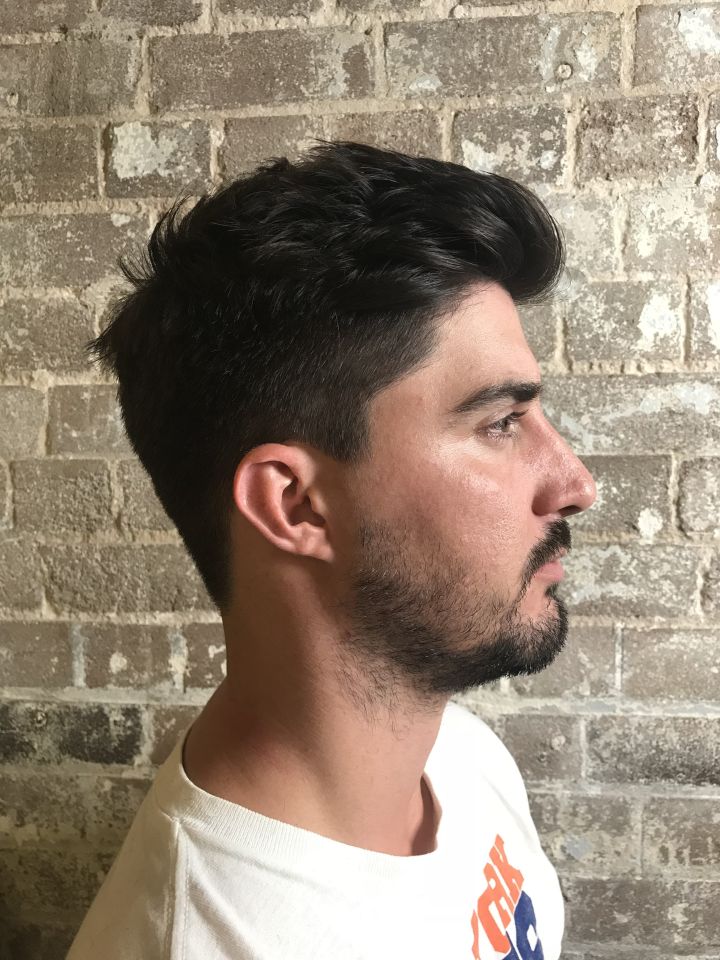 Eamon told me his last haircut was done by a mate with scissors, which says everything. He had decent hair but it was just a mop on a head. No particular shape or style to it, you know? So he was the perfect choice for dude #2.

I asked for quite short on the sides, fading into the rest of my hair while leaving a bit on the top to style and leave a ‘messy’/’surfy’ look. I also emphasised I didn’t want it TOO short. I felt pretty comfortable because they’re a really cool team, great chat, and seemed to have a good understanding of what I wanted.

Something that really threw Eamon was the eye for detail.

They used clippers to get the sides as short as I wanted, but afterward used scissors for the whole remainder of the cut – which is amazing, because usually places I go to use clippers to do the fade. So being all hand cut was really impressive. Then he thinned out my hair and gave it texture to fit my ‘messy’/’surfy’ brief. I love it. He got it spot on.

Like Aaron, the biggest benefit for Eamon was the ease of styling with his new cut.

It’s been super easy to style because it’s actually cut to the shape of my head and the way my hair grows, so it sits well naturally.

Absolutely. It’s a fairy high budget, but given the experience and the quality of the cut – I’d highly recommend.