Recently, Bella Hadid revealed in an interview with Allure why she dyed her hair brown, which was the earth-shattering reason that her sister, the slightly more famous Gigi, is blonde.

It made global headlines, getting picked up on the Daily Mail, Refinery29, Cosmo and Glamour among others, and was even how Allure decided to entice readers to buy by smacking this tidbit on the cover. 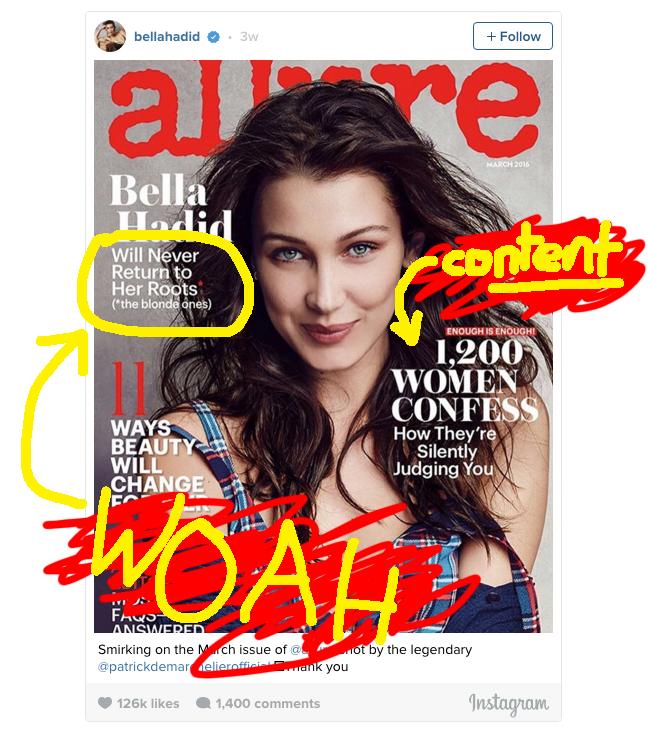 The point is, there is no way Gigi could not have known that being brunette was Bella’s thing. And can you guess what she went and did?

…she dyed her hair brown. That bitch.

Alternatively, perhaps Gigi and Kendall Jenner merely took this Snapchat Face Swap craze too far and changed heads IRL (that’s Gigi on the left, Kendall on the right) when they walked the Balmain runway during Paris Fashion Week in the Fall/Winter 2016 collection.

Tell you what, though – I’ll be up all fucking night about this.