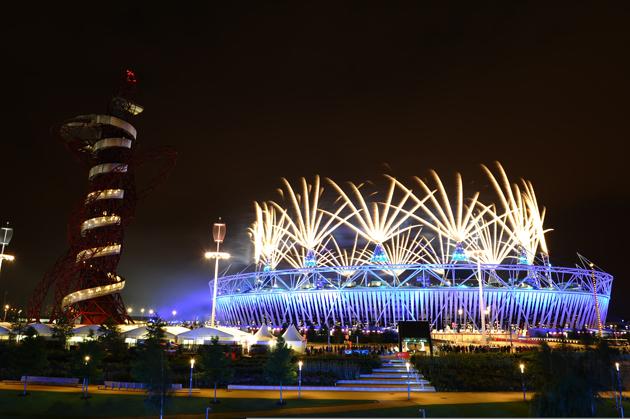 If four hours of the world’s biggest rock eisteddfod sounds like it’s your kind of thing, the ceremonies will be re-broadcast today at 2pm on Channel The Voice 9. Alternatively, if you just want to sound like you know what you’re talking about when the subject inevitably rises later on today, here’s a rundown of just what happened on Day 01. Let the games begin!

Things kicked off with a scene Boyle dubbed “Green and Pleasant”, a line from William Blake’s ‘Jerusalem.’ In keeping with the poem, it featured a charming idyll scene with plenty of rolling fields of green and rivers. Period costumes and farmyard animals (what is this, The Royal Easter Show?) were the proverbial icing on top of this sweeping Arcadian scene. 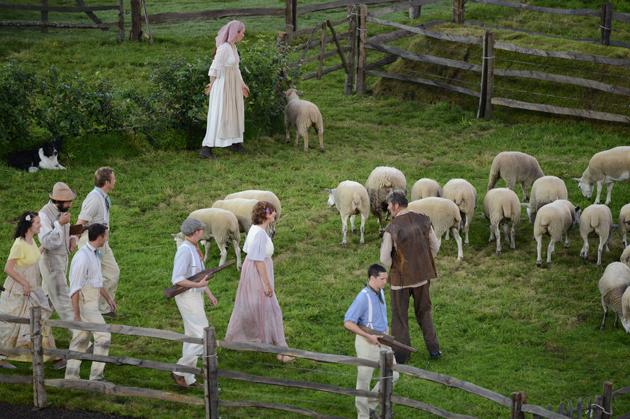 The set then transformed into the greasy faced ‘Pandemonium‘ of the Industrial Revolution, complete with smokestacks rising from the earth. 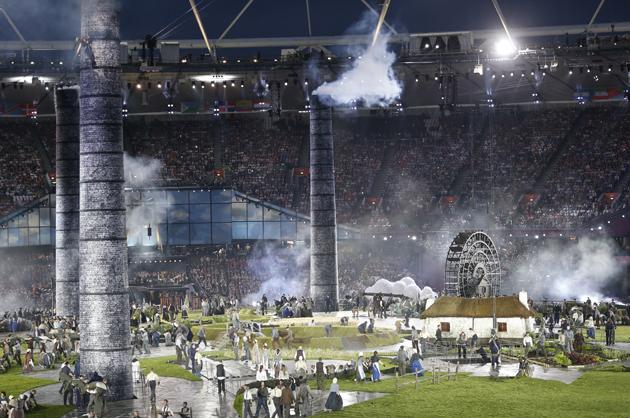 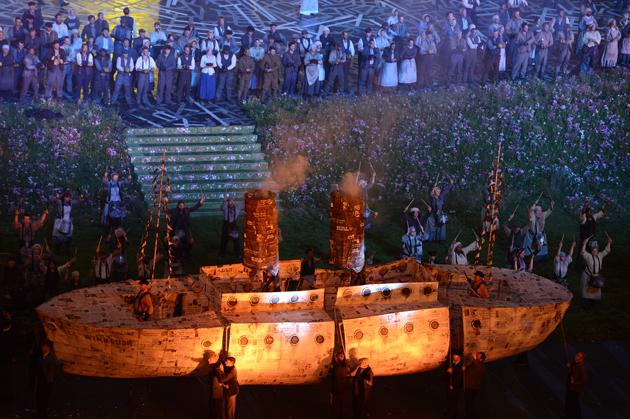 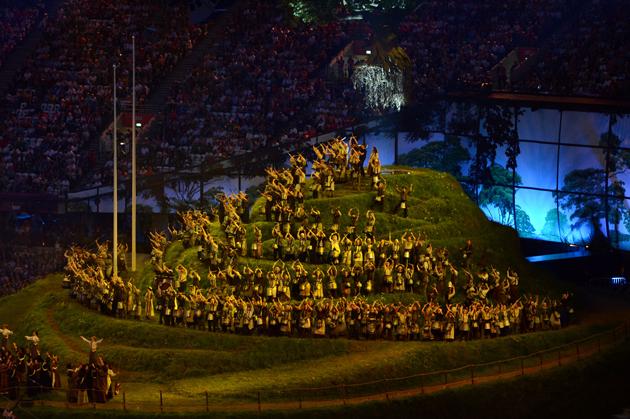 Craig, Daniel Craig took to the screen in a short film as the cinematic British spy who requires no introduction. The film showed Craig arrive at Buckingham Palace in signature tux, and funnily enough, Queen Lizzie and Corgies greeted him with a perfunctory “Good evening, Mr Bond.” Lizzie then starred as a Bond girl of sorts in an elaborate cameo that purported to show her and Craig parachuting from a helicopter into the stadium. LOL! Good one, Lizzie! Turns out you (your advisors) have a sense of humour! Here’s The One faux-parachuting, floating effortless into the stadium buoyed by the weightlessness accompanied by looking into Daniel Craig’s eyes. 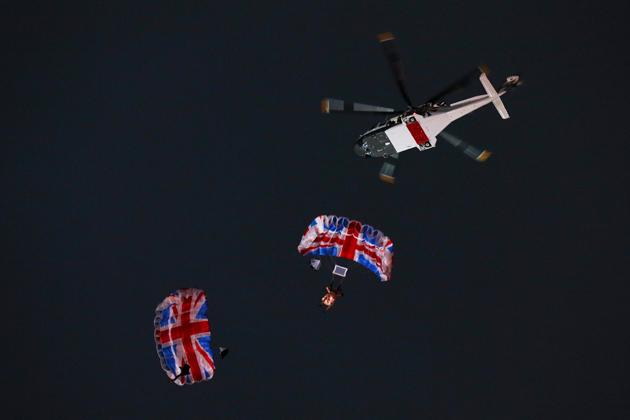 UPDATE: Here’s the video! Watch it now before the IOC take down all the footage, because that’s what they’re doing!

Things then transitioned into a tribute to Britain’s National Health Service with hundreds of actual doctors, nurses and illuminated bed pans forming the word ‘GOSH,’ a medical acronym and not a euphemism for God or an expression of surprise at how ridiculous this thing was. Children’s literature – remember that? – also had its fifteen minutes, with a spiel that featured both Mary Poppins, J.K. Rowling and Voldemort. The only real person in that trio read from J.M. Barrie classic, Peter Pan. He has surprisingly good diction, that Voldemort. 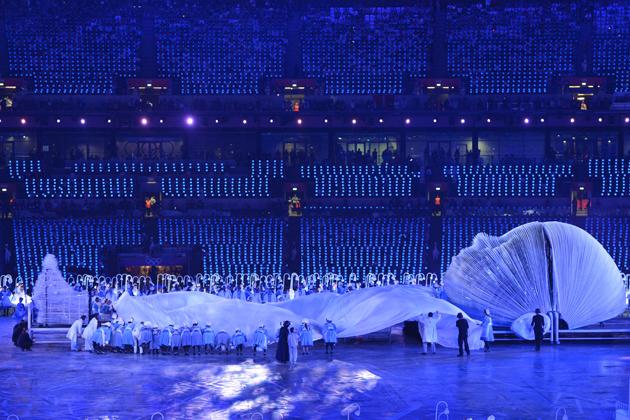 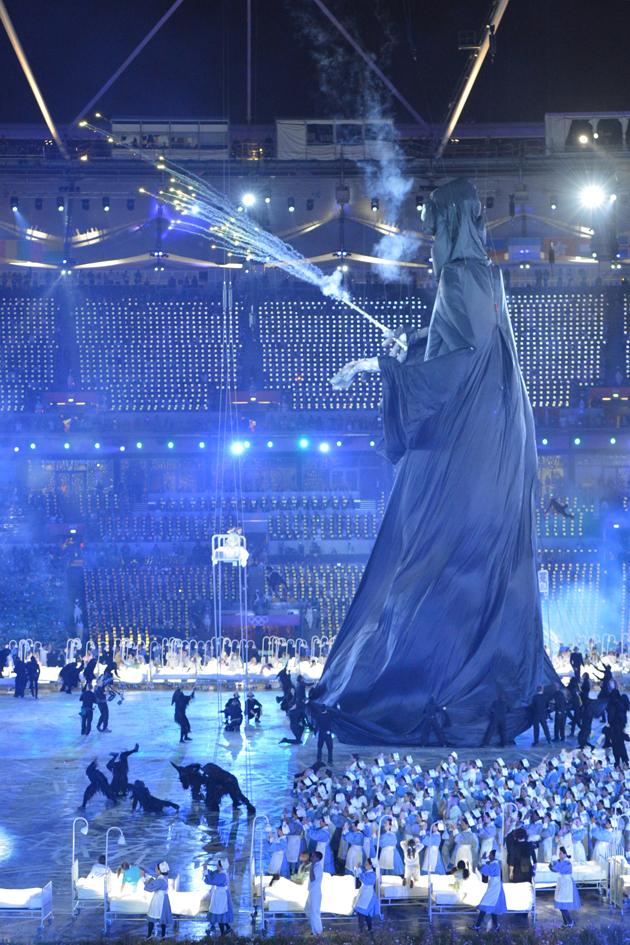 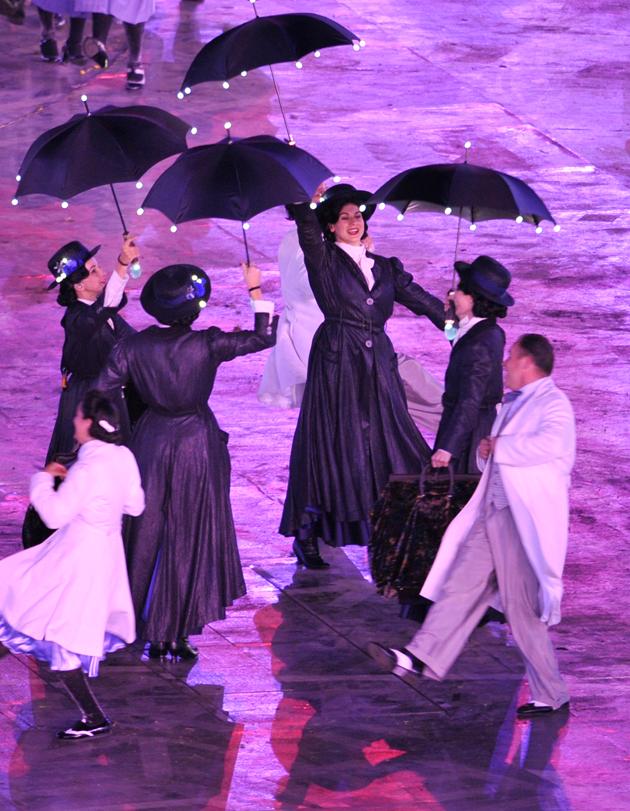 A ‘Chariots of Fire‘ performance accompanied by the London Symphony Orchestra segued from classic but snooze worthy into some Mr. Bean slapstick, followed by performances of songs from the Beatles (‘She Loves You’), the Rolling Stones (‘Satisfaction’), The Who to David Bowie and Queen, with appearances also from The Arctic Monkeys and Dizzee Rascal. Sir Paul wore a custom Stella McCartney suit with Olympic Ring cuffs and what has to be a stellar toupé while performing ‘Hey Jude,’ chosen for its classic rock status and singalong ease (“Na Na Na Na Na Na Naa, Na Na Na Naa, Hey Jude” and repeat) 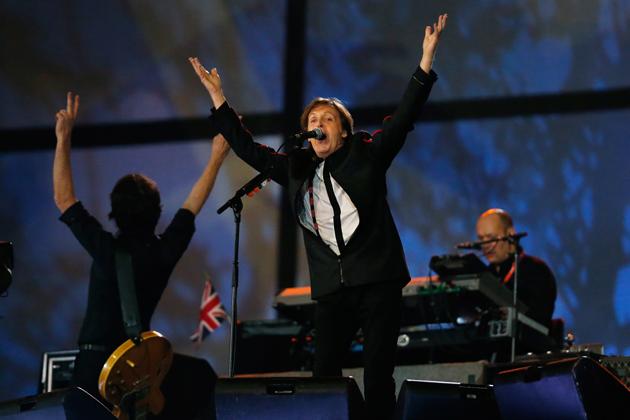 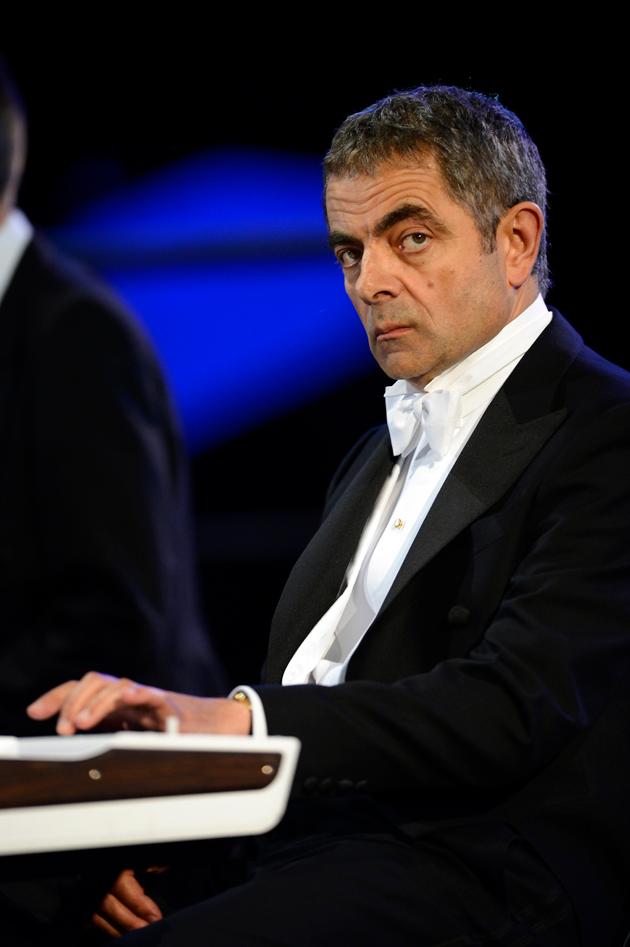 Without Tim Berners-Lee, none of us would be here today. Here he is. He INVENTED THE WORLD WIDE WEB. Thanks, Tim. His famous words “This is for everyone” lit up the stadium and OUR HEARTS. 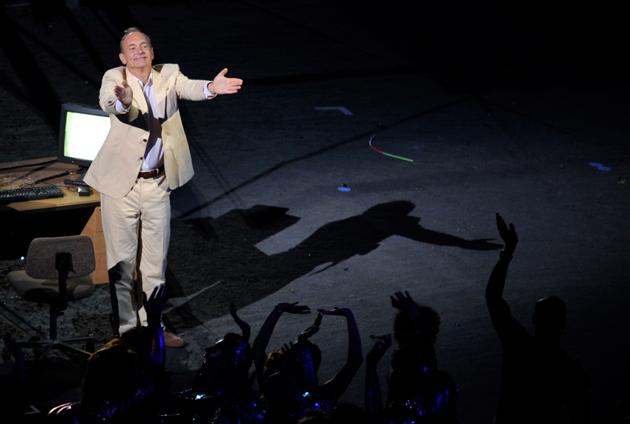 Then it was time for the international delegates to parade their wares, led – as per tradition – by Greece. Just let them have this guys, I think they really need this right now. There’s Lauren Jackson, Australia’s Olympic flagbearer! Isn’t she lovely? In fact, aren’t all the Australian athletes looking rather fine in their surprisingly chic uniforms? 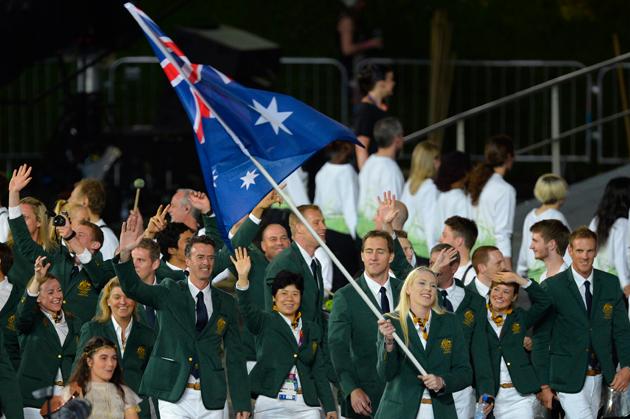 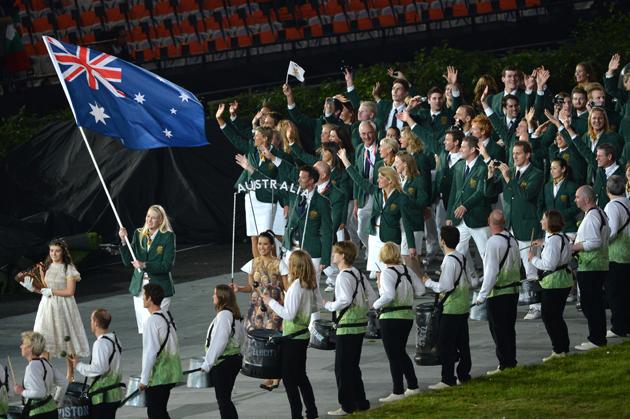 Here are some more regulation hotties. 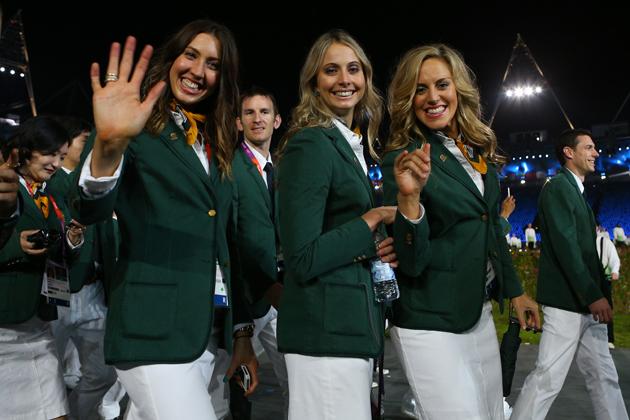 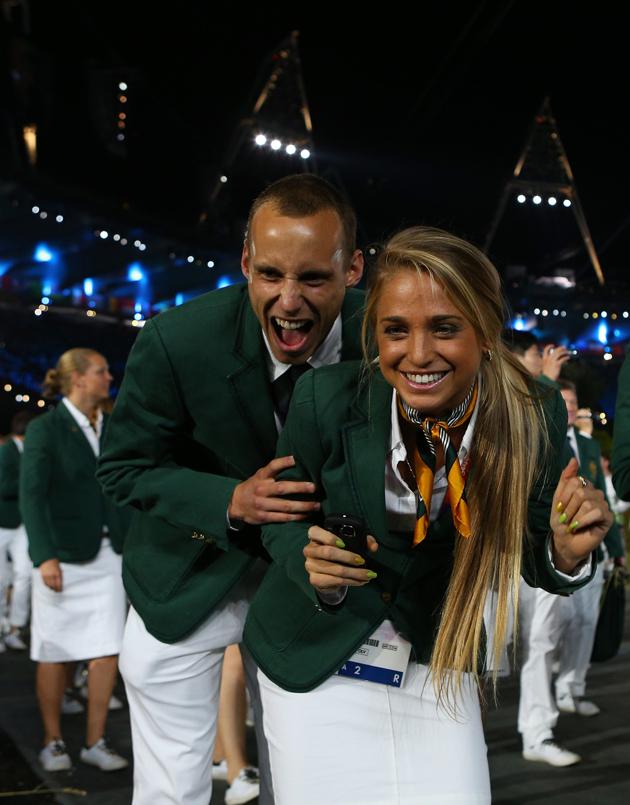 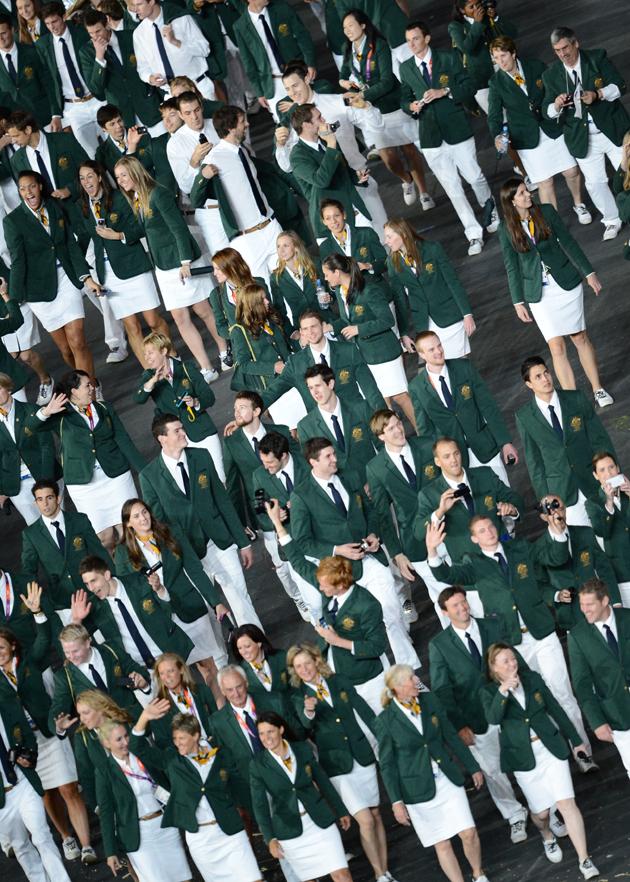 Because these kind of ceremonies are all about restraint, there were flying cyclists with luminescent wings. 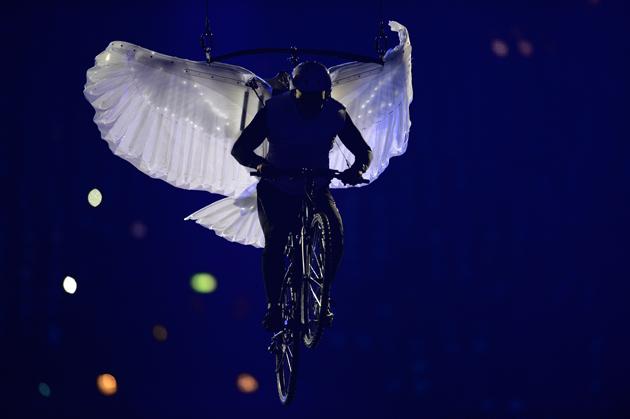 It wasn’t all ridiculous spectacle though. Here’s a tribute to the victims of the July 7 bombings. Through dance. 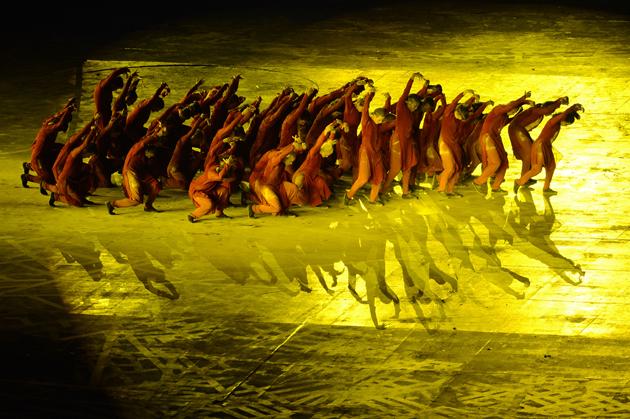 Imagine how many snipers are on that rooftop. Best view in the house, right marksmen! 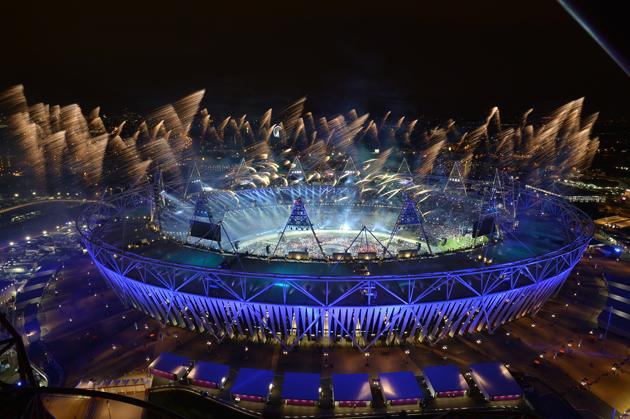 HUNGER GAMES ALERT! Here are the seven young Brits tasked with carrying the torch to the cauldron after receiving it from Sir Steve Redgrave, rowing legend and five time gold medalist, who received it from David Beckham, football and underwear legend. 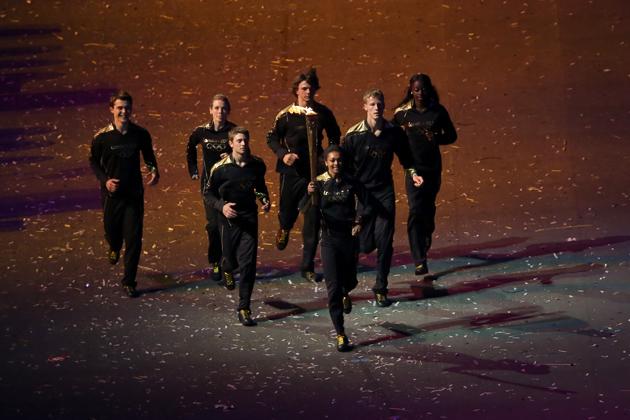 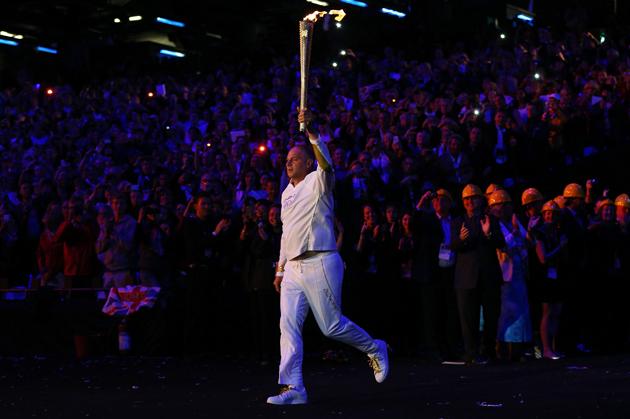 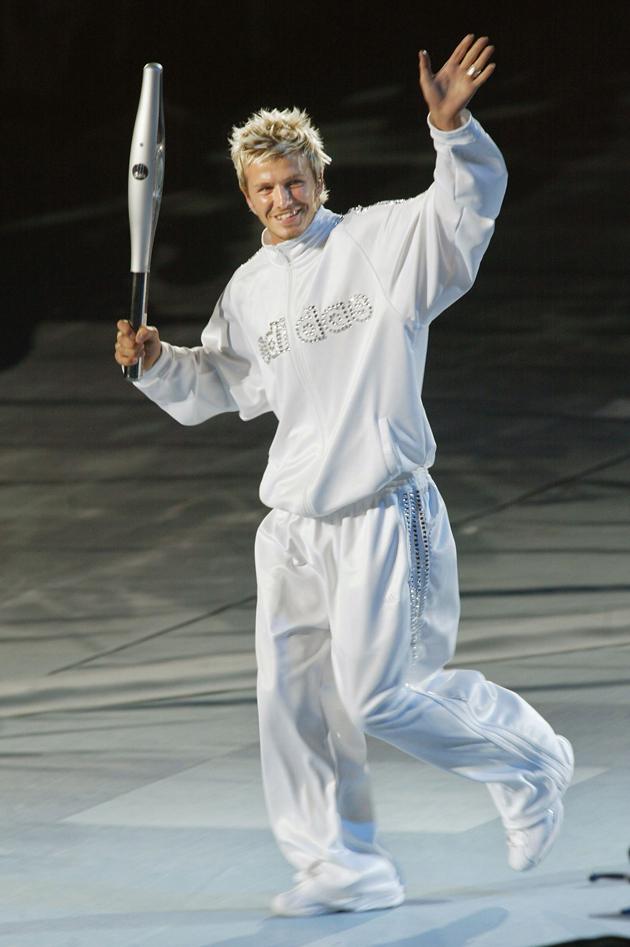 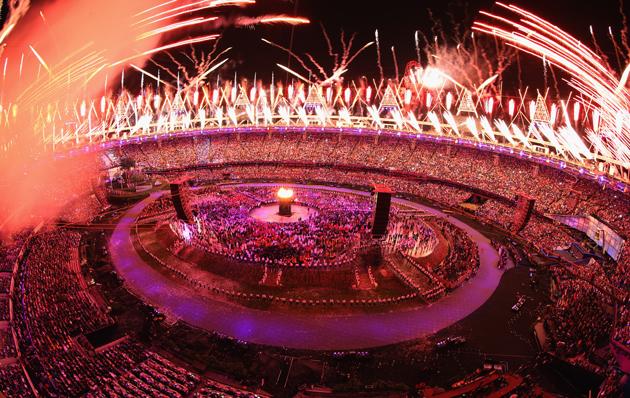 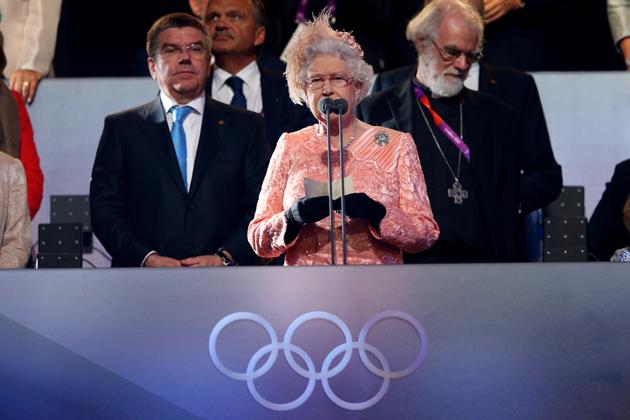 Only minutes before, Queen Elizabeth II took to her podium to “declare open the Games of London, celebrating the 30th Olympiad of the modern era.” Barely suppressing her rage, Kate steadied herself in her chair. “Soon” she thought. “Soon…” 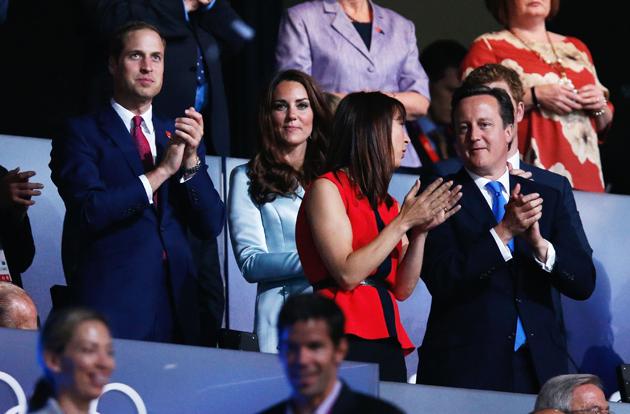