FROM GO TO WOE: INJURIES AND SUSPENSION TO END MANLY’S SEASON?

80 minutes was all it took as the premiership favourites, Manly Sea Eagles, finals campaign hit the skids thanks to a possible season ending calf injury to star centre Jamie Lyon and the imminent trip to the judiciary for Steve Matai and Jason King. 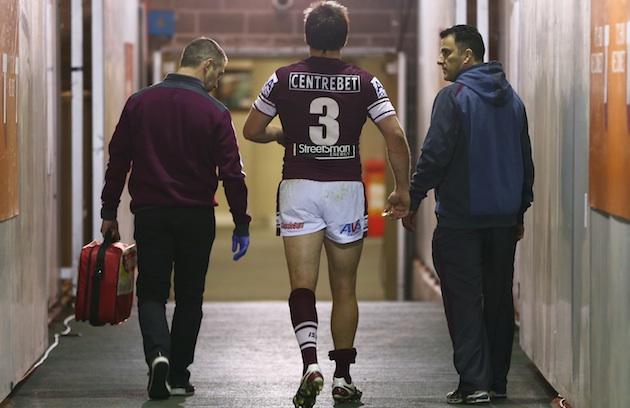 No matter who the player is no one wants to see this sort of thing. Rats tails. Just say no!

It was a sobering night for the Sea Eagles after their impressive run into the finals. Despite only 6 points separating the teams at the full time siren, Manly never looked capable of winning the game after half time. To make matters worse, it was only a five minute flourish in a first half, after having the majority of the territory, where they ever looked like scoring. If it was just their performance, which never wanted for effort or aggression, then the Sea Eagles could shrug off the loss. The Bulldogs are the Minor Premiers after all and the Sea Eagles second chance allows them the opportunity to work on their finesse and finishing, but no amount of practice drills or team meetings can replace can Lyon, Matai, and King, should they not be fit or allowed (naughty, naughty!) to play. 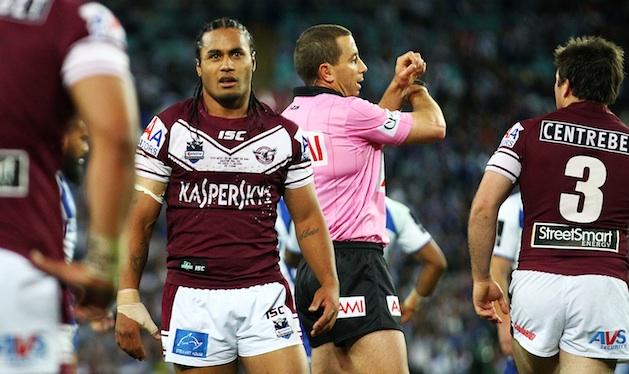 “The Judiciary? So I just get on Spit Rd, into Militarty, right onto the Express Way… Actually, you know what bro, I got it saved in me NAV Man!”

So where to from here? The Sea Eagles lost the game down their Jamie Lyon-less depleted right side which was already weakened by the season ending injuring to former test winger David Williams. Lyon is the kind of player you really notice when he’s gone. He’s obviously skilful and his classy touches often feature in the highlight reels but it’s his unsung defensive work and organisation that was missed as he limped off. His absence gave Josh Morris open passage with two of their three tries (both long range efforts) coming down the right edge. And then there’s the left side with Steve Matai. His defence is also feature, it’s just a shame it usually features his shoulder or forearm rocketing into someone’s skull. He’s got carryover points and a long history and will probably miss next week at least. King’s hit was not so bad but if you take into account that an injury to replacement front-rower Joe Galuvao then your looking at a (very likely) worst case scenario of 5 established top 17 players missing from their sudden death clash against Broncos or the Cowboys. A casualty free win last night and they would have been sending their order through to Premiership T-shirts R Us but now the Eagles are in the fight of their season to avoid strait sets finals exit. 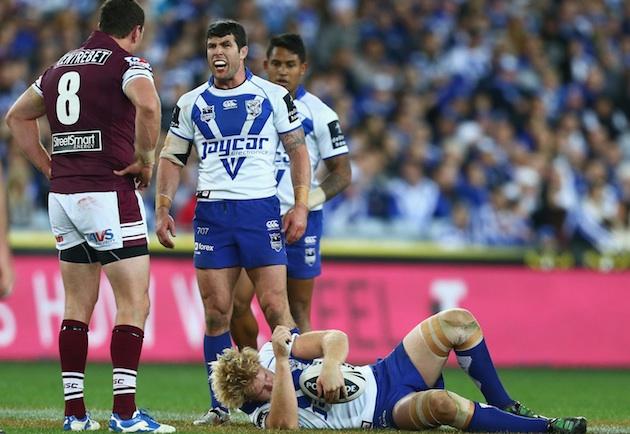 They can’t run without heads. Jason King about to go on report.