Since it was announced last week that Prince Harry and Meghan Markle had welcomed a brand new dog into the family, we’ve been scrambling to gather more details about this extremely important news and current affairs story.

While we don’t know a whole lot about the new pup just yet, we’ve been able to piece together a few key pieces of information, because this is clearly a very important piece of journalism, and also, because you lot can’t get enough of the royal couple.

So far, the main intel we have is that the Duke and Duchess of Sussex‘s new dog is a black Labdaror named Oz – both these facts were confirmed by royal biographer Sally Bedell Smith, in a recent interview with The Sun.

The below photo actually shows the royal couple hanging out with the Irish president’s dog on a visit to Dublin, but we assume that most dogs react to Meghan Markle with a similar level of adoration, so similar scenes have probably played out with their own pooch. 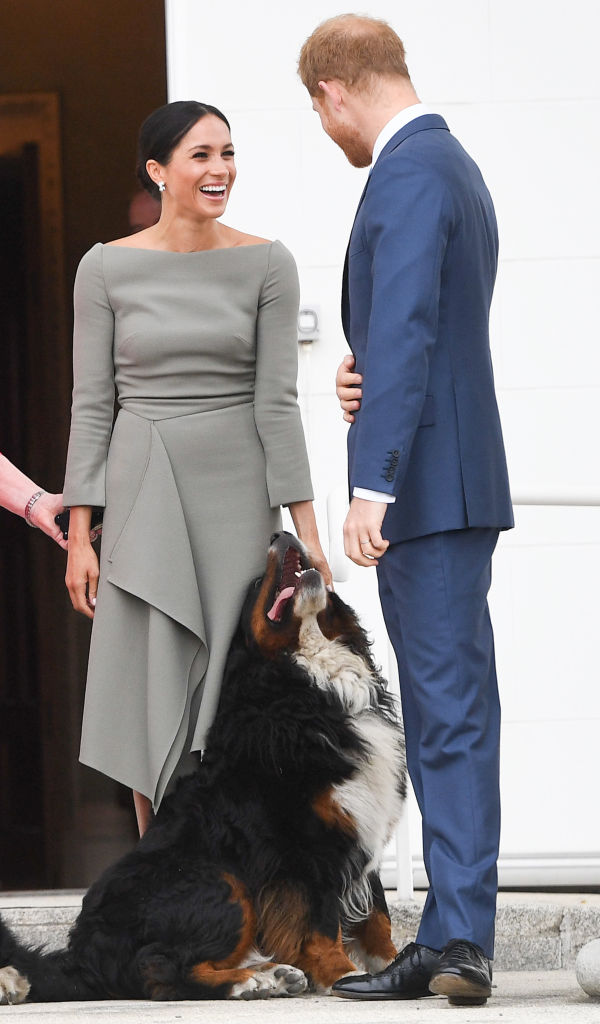 The Daily Mail report that the dog is “happily ensconced” in their home of Nottingham Cottage at Kensington Palace, and will likely “divide its time between the palace and their country home in the Cotswolds.” Sounds like a pretty sweet deal, TBH.

Kensington Palace has not commented on Oz, but Markle is a known lover of dogs, and has a Labrador-Shepherd named Bogart and a beagle named Guy, both of whom were adopted at a rescue centre in Los Angeles.

Guy currently lives with the royal couple, although Bogart was reportedly considered too old to make the journey from Canada to the UK, and is currently being looked after by friends.